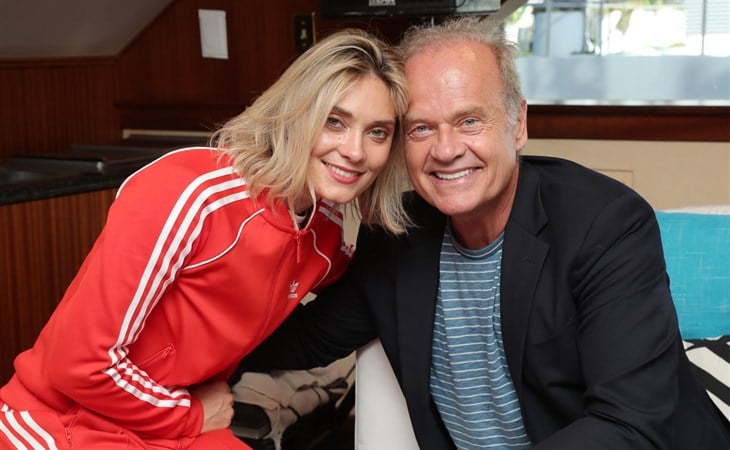 Kelsey Grammer and his daughter Spencer are thanking Lifetime for the “therapy”, saying filming 12 Days of Christmas Eve helped heal the strained relationship between them.

He admitted that his relationship with Spencer became strained over the years. He pointed to the split from her mom, Doreen Alderman, during her toddler years as a turning point, suggesting long work days while he worked on Cheers didn’t help the situation. He told PEOPLE that he had some regrets.

"I certainly regret I let her down a couple of times," he said. "Obviously she was a child of divorce…it was hard on us.”

In a case of art imitating life, Kelsey pitched the movie, which is about a devoted surgeon and single mom who was routinely disappointed by her father’s absence. When it came to who would fill the role, he felt like casting Spencer “seemed like the right idea.” Spencer was on board, calling the experience “unique” and praising Kelsey for his influence over her own work – she’s currently working towards a graduate degree in directing from Columbia University.

As much as a fanatic as I am of all things Christmas, it’s in moments like these when I find myself feeling totally disconnected from the dream these movies sell people. Don’t get me wrong, I eat it up, but I know that a family with as many intricacies as mine would likely never be reflected in any of the movies that air on holiday movie channels. So often, they focus on a very linear, very narrow idea of what family, Christmas and holidays in general look like and mean to people.

In my household growing up, Christmas decorations were up and in full effect by mid-November. Eggnog was fully stocked, Christmas music was playing on the radio, sounds of the season filled our home. We would decide whose house to spend Christmas day at, and it would be fun, games, laughter and love. Over the years, though, it’s changed. Like all families, things have been political at times. And I mean that quite literally. Differing views and beliefs made it hard to want to be around some family members.

I’ve written before about my Uncle Don. He’s a conspiracy theorist, an anti-vaxxer and has an air of being incredibly holier than thou, despite a lifestyle that says otherwise. Beyond him being annoying as a person, he’s expressed some very harmful views on the LGBTQIA+ community, which my sister belongs to. Having spent years listening to his rhetoric, it made it hard for my sister and her partner, who is trans, to be in the same room as him.

In so many families, and Black families are notorious for this, we put up with toxic, sometimes abusive behaviour – whether in the form of remarks, gestures or actions, simply because the person committing the offence is “family”. But in recent years, I and so many others have had to ask, is it worth it?

This feels like the first year that most families are going back to in-person holiday celebrations in a while. We’re days away from American Thanksgiving and I’m certain people are excited to be convening with their families again. But let’s be real. For some, it can stir up some anxiety about having to come face to face, for the first time in a long time, with the proverbial Uncle Dons.

Years ago, my sister decided she never wanted to be in the same room as him. At first, I felt like it was extreme. But as time went on, I grew to understand it. You hear one too many microaggressions – or in her case, blatant discriminatory rhetoric – before you realize, family or not, I don’t have to tolerate this. So we’ve revamped our Christmas celebrations and now have a smaller, more intimate gathering with my parents, my sister and her partner, and whoever can make it and hasn’t proven themselves to be a complete jackass.

Speaking of jackasses, I’ve been seeing the news about Candace Cameron Bure lately. She’s backing the new network, Great American Family, and insists we need to see more “traditional” families with a mom and dad. Not only has this made people in the LGBTQIA+ community feel excluded and outraged, but also people who, for one reason or another, don’t come from a “traditional” family.

Earlier this month, Candace did an interview with The Wall Street Journal, opening up about her departure from being a staple in Hallmark Christmas movies, to a position over at a start-up cable channel meant to be an alternative for people more interested in the first five letters of Christmas.

“My heart wants to tell stories that have more meaning and purpose and depth behind them,” she said. “I knew that the people behind Great American Family were Christians that love the Lord and wanted to promote faith programming and good family entertainment.”

There are a lot of implications behind Candace’s message. But the main one is that certain stories need not be told because they don’t fit the mold of what she believes Christmas is all about. That right there is the issue a lot of non-white, non-Christian, non-heterosexual people have with Christmas movies in general. You don’t often see same-sex couples in Hallmark movies. Only in recent years have we seen a bit more diversity in casting – and sure, we’re talking about Christmas movies, but there are tons of other holidays that happen at the same time.

I remember tuning into a movie called Eight Gifts of Hanukkah, thrilled to be learning about the holiday, but that’s the only Hanukkah-centred movie I can recall watching. It took years for Hallmark to develop its first Kwanzaa-based movie, set to premiere this December, and I can’t wait to see it. So while we’re making a bit of progress, the disparities have long been obvious – not just to the audience, but to the people who star in the movies.

In 2019, Hilarie Burton, another former fixture of the Hallmark channel, released a series of tweets alleging the network pushed back against her efforts to make a project she was working on more inclusive. She asked for “an LGBTQ character, an interracial couple and diverse casting.” But after being told to “take it or leave it,” she did just that, walking away from the job and the hefty paycheck that came with it.

"The bigotry comes from the top and permeates the whole deal over there," she tweeted. She went on to profess admiration for the Lifetime network, which has recently started producing more inclusive Christmas movies.

It’s wonderful to see the real-life, healing influences Christmas movies can have on people. Over the years, they’ve certainly brought my family and I closer. I’m thrilled for Kelsey and Spencer that working together on 12 Days of Christmas Eve helped mend their relationship. Christmas is already an incredibly complicated holiday for people – and the efforts to create further division are just sad – and it would be great if more effort could be directed at reconciling the monotony in whose stories we’re telling and finding ways for everyone to find the same dream of joy and peace these movies are based on. 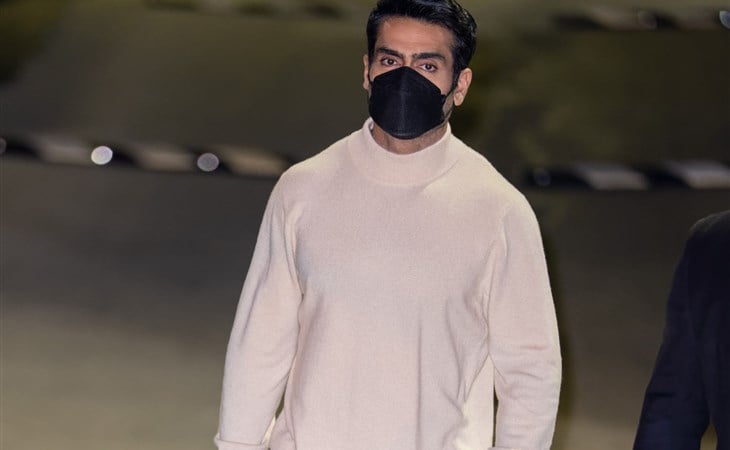 Kumail Nanjiani and Murray Bartlett in Welcome to Chippendales 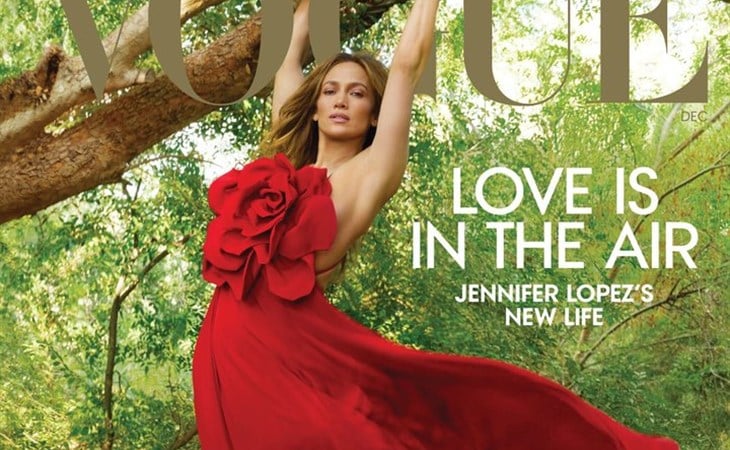 Kelsey Grammer and Kayte White make out at JFK 17feb11