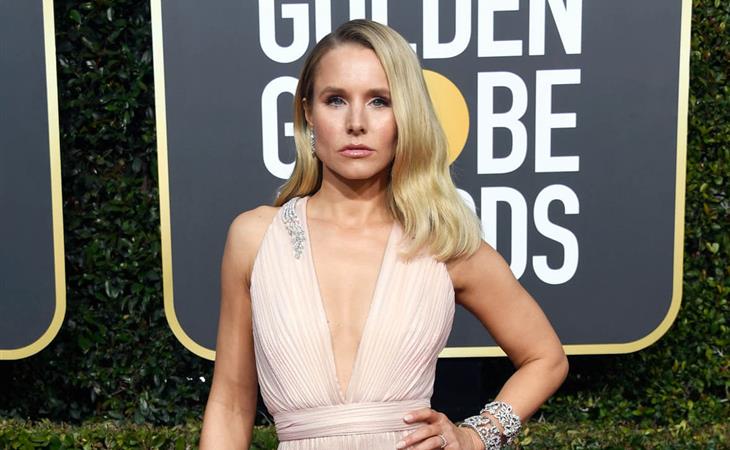 How much difference a year makes.

Last year when Kristen Bell hosted the SAG awards I said I was the only one banging the Veronica Mars drum, and now? Now there’s a Veronica Mars revival currently in production, and that’s joyful enough on its own, but have you heard that Kareem Abdul-Jabbar is on the writing staff? Yes, that Kareem Abdul-Jabbar. In the writers’ room. I cannot begin to picture this and what it’s going to mean for Veronica. (And Wallace!)

Kristen Bell looks AMAZING. Hair. Face. Dress. I was all set to say it was the best she’s ever looked, but the last time I said that was the 2017 Globes, and that look miiight still be the champion. I wrote in that post that she seemed more ‘herself’ than she had in a long time. Now we know that was because she was on the truly delightful The Good Place – everyone’s favourite show that got absolutely no love last night, which is too bad. Because look at this cast! But neither their beauty or their loss is the story of The Good Place tonight. The story is this: That is actress Jameela Jamil.

She plays a character called Tahani Al-Jamil on The Good Place, but the super bears neither her name nor her characters’ name.

Initially people thought it was a case of a control room mistaking any two people of similar age and race (which also happened, incidentally. But this isn’t a case of being mislabeled as her character, like if someone accidentally supered Megan Mullaly as Tammy Two. It’s so much better:

On The Good Place, Tahani Al-Jamil (played by Jameela) is a wealthy socialite celebrity namedropper who is relentlessly haunted by the success of her younger, famous-er, WAY more beloved sister… Kamilah Al-Jamil. Nothing would burn Tahani more than being mistaken for Kamilah on the biggest carpet of her career… and yet it happened, forcing us to see that, yes, this is The Bad Place.

It’s way, way too specific to be a mistake - which doesn’t mean that some E! hosts didn’t apologize for it, or that the intern who did it won’t get lambasted and fired tomorrow. This is the ultimate shout-out of love for this show, and Jameela Jamil – the actual actress – knows it:

Hands down the greatest of red carpet jokes from whoever did this. It’s made my night.

It’s not quite La La Land losing Best Picture live on air, but it will delight me for a long time. And whoever you are, you super-generating Good Place fan, we salute you. 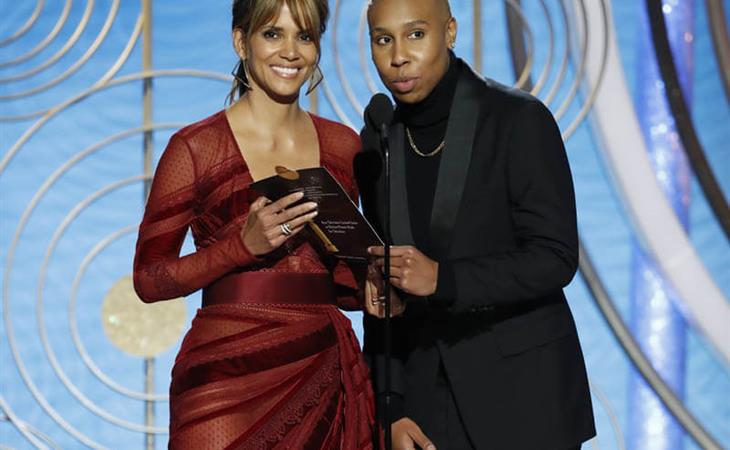 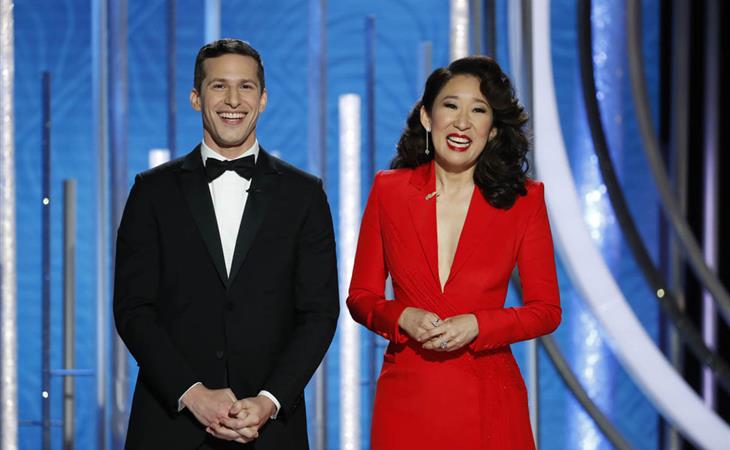