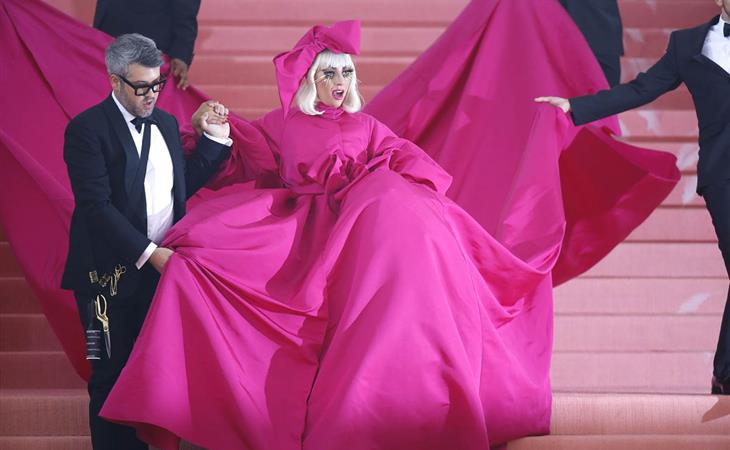 You knew it was going to be SOMETHING. When Lady Gaga was confirmed as one of the co-chairs of the Met Gala, with the theme being Camp, nobody had any doubts that it was going to be the most literal interpretation of the theme from the woman who’s already done a meat dress and arrived as an egg to the Grammys. What I love about what we actually got is that Gaga gave us Camp in the form of her own performance, as opposed to the actual garments, relying on her natural campy instincts, her innate ability to blur the line between reality and illusion, to take comfort in excess, to alchemise self-consciousness into vanity.

And the result was… at least 15 minutes of Lady Gaga Presents: The Met Gala. She arrived in voluminous pink, spent several minutes posing, stripped that layer off to reveal a black dress, posed again, stripped that off for another pink one, with an old block phone, and then took that off and vamped on the stairs in her bra and stockings. The message is obvious: this is Gaga laid bare, Gaga of the many identities, Gaga and all her moods, all of Gaga is one Gaga.

But the one reason why she wasn’t the very best of the best (she’s on the list though) is because, well, to go back to the beginning, we all know it was going to be SOMETHING. There was no way Gaga wasn’t going to deliver – and so, to me, it lacked an element of surprise and suspense.

We also knew it would be SOMETHING with Cardi B. Last year was Cardi’s first Met Gala and she almost won the damn thing outright in what was basically her first season on the circuit. As Kathleen and I have been noting for a year now, Cardi’s fashion game has accelerated quicker than almost anyone we’ve seen in the business – as quickly as Lady Gaga. Which is why they’re paired here, together, because they’ve had similar style trajectories in terms of access and partnerships to the major labels. Cardi attracted designers FAST. And now she’s become one to wait for at the Met Gala. As in literally wait for, as in one of the few who gets to clear the f-cking place because her dress is so big, it requires so much space, to be seen and photographed properly, that we’re waiting to see it and everyone else is waiting around so that it can be seen. This is not a luxury extended to everyone. Arrival times are planned ahead at the Met Gala. They work to accommodate these kinds of moments. Anna Wintour knows the value of these moments, the impact these moments will  make on the attention the event receives. Anna, famously, supervises every detail of the event. She personally approves every guest. She knows in advance who’s coming with whom and who’s wearing what. Cardi, then, is on Anna’s very special A plus plus plus list of marquee arrivals. These are the theatrical arrivals. And Cardi came with the theatre. A theatre and a crew.

This Thom Browne was, what?, two king size beds, three? Thirty thousand feathers. Totally impractical. Barely wearable. Exquisitely constructed. Presented with the flair and the attitude and the narcissism it deserves. Camp to the max. 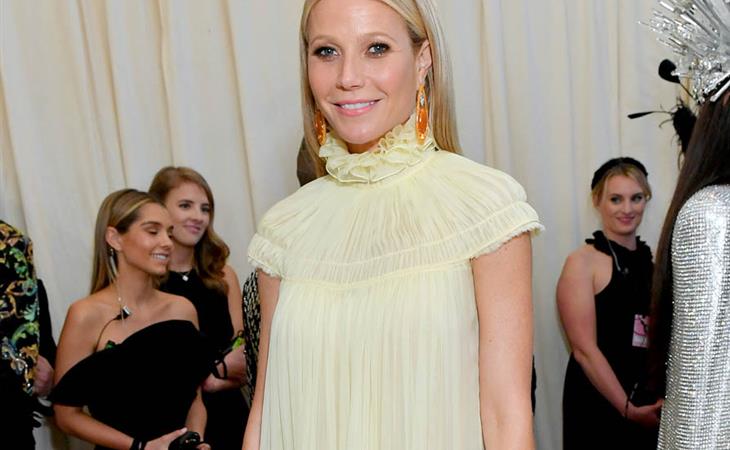 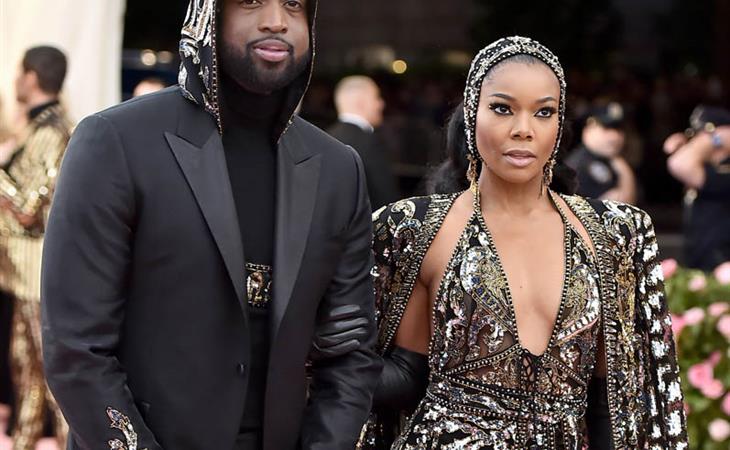