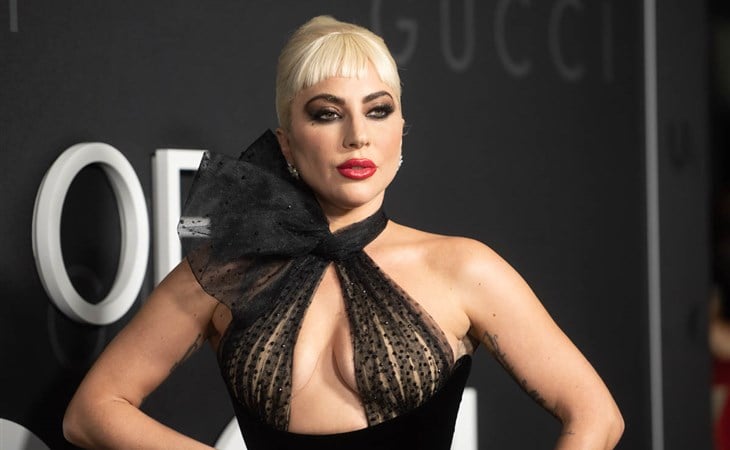 Lady Gaga brought House of Gucci home last night at the New York premiere. As expected, she served full Gaga on the carpet in a black sheer halter Armani Privé dress wide a side-bow and severe hair and makeup, appropriate to the person she’s playing in the film: Patrizia Reggiani. Nobody needs earth tones and pretty, flowing pieces from Gaga on this press tour. And with Armani, Gaga is continuing to serve a mostly Italian wardrobe on promotion – Gucci, Versace, Valentino, Armani, one dramatic look after another. And we’re still a week away from theatrical release and the inevitable award shows. We have a lot of Gaga to go.

Speaking of awards though, this is the double push: to make sure people go see the movie and to continue generating Oscar momentum. So here she is on the cover of the new issue of The Hollywood Reporter:

THR is a trade publication, meaning that it serves the Hollywood entertainment industry and is read by the Hollywood entertainment industry so tone here is different from her recent British Vogue profile. Gaga talks about using her own personal trauma to immerse herself in her performance as Patrizia – this is a woman who ordered her own husband murdered, and while Gaga isn’t justifying that crime, in order to play her, she had to understand what brought Patrizia to that decision.

“Her interpretation of Patrizia is a feminist one — that what drove a woman to murder was going unseen and unheard by the men around her. “I can assure you, you should never put a hit out on your husband,” Gaga says. “But my love and best wishes and my heart go out to all of us women who try to survive and matter in a man’s world. While lots of men were trying to figure out what piece of this pie they were going to get to keep, while they were watching the money, they should have been watching her. And because they didn’t pay attention to her, they lost everything.”

As we now know, Gaga got so method with her performance that she spoke like Patrizia for almost a year, practically living like Patrizia, often getting sick every morning before shooting. Of course every actor’s approach and experience to this kind of all-consuming work is unique and for Lady Gaga, from her perspective, of course what she put herself through to achieve what we’ll be seeing in the film is singular and individual. But, at the same time, all of this happening according to a now-standardised Hollywood template during award season: they’re going for the Oscar, “Oscar” is mentioned multiple times in this piece, and when an actor is aiming for that Oscar nomination, it’s about supplementing the performance onscreen with performance offscreen on the campaign trail. This is the time of year when we hear what actors sacrificed to become their characters, the lengths they went to so that they could disappear into their characters. In some cases, it’s a little eye-rolly. Gaga’s House of Gucci co-star, Jared Leto, comes to mind. And yet Gaga has thought that through too – with self-awareness:

“Gaga knows that melodrama is part of her brand, but she hopes that people understand she is being sincere when she talks about her total absorption in the role. “I feel so insecure talking about this,” she says. “I get nervous that people will assume that I’m sensationalizing a certain type of acting.”

And towards the end of the piece, she acknowledges that this style of acting may not be sustainable – and that she’s willing to explore other methods, so to speak, of acting that are less painful.

“When it comes to acting, she sees herself as a student. She’d like to improve, and to see how she could bring emotion to a role without allowing it to overwhelm her the way it did on the Gucci set. “I’m actually excited to learn how, and I think that I can,” Gaga says. “I think that that’s my new venture.”

That too will play well with the Academy voters who’ll be reading this story. Which also includes support from her director, Ridley Scott, who has directed his fair share of actors to Oscar nominations and wins. Ridley waited decades to make this movie and finally found his Patrizia in Gaga and comparing her to Elizabeth Taylor. Well that’s an endorsement.

And then there’s Bradley Cooper, who I’ve been waiting for to enter the chat. “There can be 100 people in a room and 99 of them don’t believe in you but all it takes is one and it just changes your whole life.” He’s the one. And here he is in The Hollywood Reporter talking about what Gaga brought to A Star is Born.

“She’s just so terribly charismatic and beautiful. When I met her, I thought, ‘If I can just harness that … then it’s just for me to mess up.’ But then, when we started working together, I realized, ‘Oh, oh, the sky’s the limit in terms of what she’s able to do and her commitment level.’”

And it was because of A Star is Born, and how great she was in that film, and how instrumental she was to its success, that Ridley asked her to play Patrizia and from there secured the funding he needed to get the movie made.

These are the kinds of details that the industry will be paying attention to. That’s the kind of slugging that Gaga is bringing to this Oscar season. She’s hitting it out of the park every day on this press tour, so dominant right now that no one else can even get to the plate. Click here to read the full profile at THR.

Oh and PS – for all that talk about accents and the recent headline about how her accent coach criticised her for not getting it right, did you see this video?

Great comment from YouTube: "Gaga's accent should be compared to Patrizia, not the average Italian - Patrizia had a VERY particular way of speaking, that was also extremely performative as she wanted to sound like a rich a powerful woman." #HouseOfGucci https://t.co/FyCf3guxyL

I really don’t understand why some people are putting so much energy into this accent debate. As I’ve said before about House of Gucci – good or bad, accents or not, will it really f-cking matter to your enjoyment? Have you seen the trailer? Whatever the accents are, whatever the story is, is there any doubt that we won’t be watching and enjoying the sh-t out of every single moment of this film?! 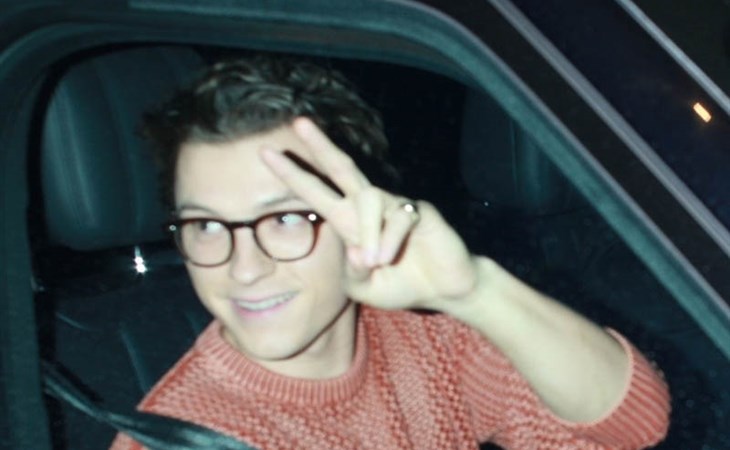