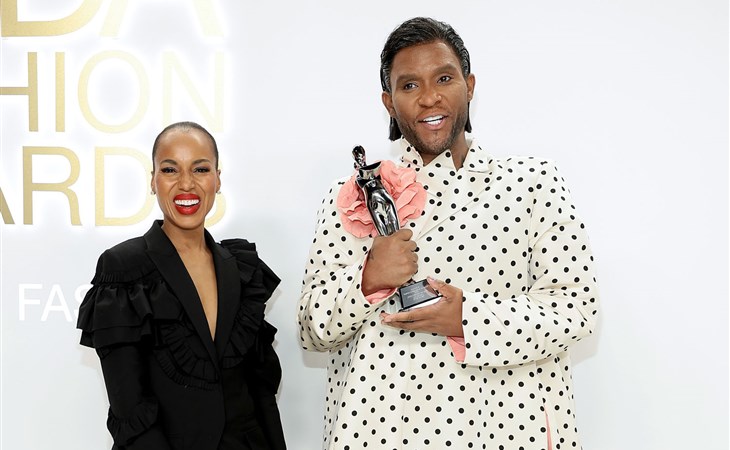 Gigi, Katie, Kerry, and Law at the CFDAs

The Council of Fashion Designers of America Awards were last night and Law Roach received inaugural Stylist Award presented to him by Kerry Washington. Law said during his speech that back in 2016, he watched the CFDAs from afar, having styled Zendaya at the event. And he promised himself that he would one day be on that stage…and now, six years later, the CFDAs created an award and made him the first recipient.

Which is why last night, even though it’s usually the other way around, it was Kerry adjusting his look, making sure he was ready for his moment.

That’s not to say that Law hadn’t thought of Kerry’s look though. Law would never – and that’s why she’s in this amazing black ruffled jacket with garters hanging, an incredible fit, obviously.

My favourite of the night though is Gigi Hadid. Because this was a fashion event, not a regular Hollywood red carpet. There are so many more fashion lanes to explore at events like the CFDAs. Ballgowns are not the dress code. The whole point, if you’re a model like Gigi, is to not be confined by what you would wear to, say, the Oscars, for example.

We would never see what Gigi wore to the CFDAs at the Oscars.

This is Thom Browne, unmistakably. And layers and layers of Tom Browne. From the crisp classic shirt but cropped, with a plaid frayed vest on top, then a frayed jacket in a different colour and print, clashing with striped pants, with the underband pulled up, and the socks worn above the ankle, and the black patent booties…

It’s a lot. But it’s not a lot because it’s all balanced by texture and pattern and colour. And then the lipstick for the final touch: blue-grey to go with the blazer, SO good. So unlike any other look there.

Which is the opposite of what Katie Holmes was going for. This silver flapper dress is fine. It’s Jonathan Simkhai with whom she attended. And while I’m not saying this isn’t pretty, because it is very pretty, it’s just not all that exciting, considering the event and how much more style landscape was available to explore.

But also, specifically, if we’re at the CFDAs and we’re thinking about art deco and that whole era of style inspiration, there was a standard that was set in 2014. One of the greatest fashion moments of the last 20 years. Brought to us by Rihanna, of course.

Did you know she has since said about that look? She went without a bra that night, absolutely the right choice, but she would do one thing differently if she could:

“I just liked it better without the lines underneath. Could you imagine the CFDA dress with a bra? I would slice my throat. I already wanted to, for wearing a thong that wasn’t bedazzled. That’s the only regret I have in my life.” 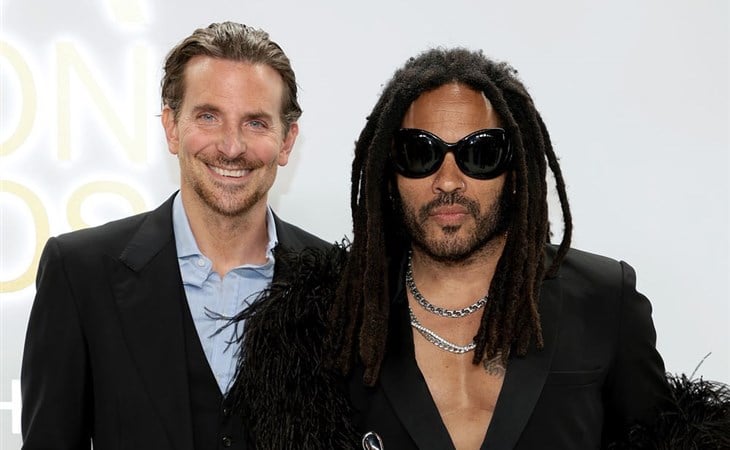 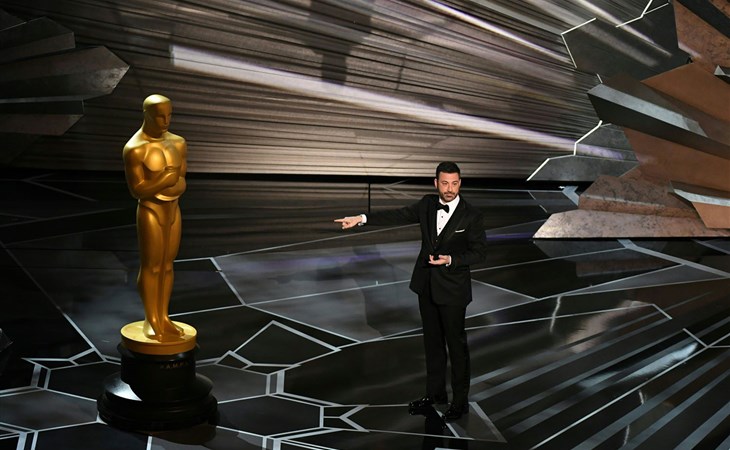