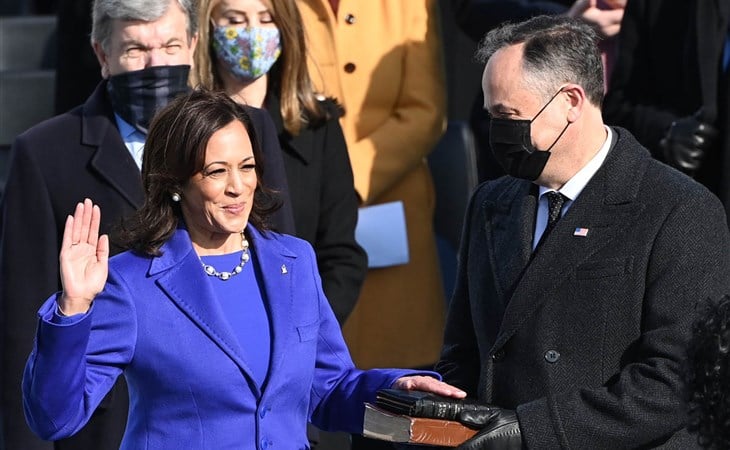 I will never forget the day after election day in 2016, and the utter, eerie silence on the L as I rode into work. My emotional shock that day was not just about the disbelief that Trump actually won, that he was going to be the actual president of the actual United States, but that a woman would probably never be president in my lifetime. It wasn’t so much about mourning the loss of a Hillary Clinton presidency, specifically, as acknowledging that misogyny continues to play such a dominant role in public American discourse and life and that for all the steps of progress taken in my lifetime, this would likely not be one of them. So, of course, when Kamala Harris was sworn in as vice president, I cried buckets.

The first Black vice president, the first Asian-American vice president, the first woman vice president—Kamala Harris has reached the highest office of any woman and woman of color in American history. I’m not blind to her faults as a politician, but let’s just take a moment to feel the hope and joy that maybe women WILL one day hold the highest office in the United States, that it is not totally impossible that this might happen in our lifetimes. I felt so hopeless that day in 2016, now I just want to enjoy the complete opposite of that feeling. Let me revel in the grin on Madame Vice President’s face as she takes the oath of office, in her double-fist bump with President Biden, and President Obama’s exclamation of, “All right!” after she was sworn in. I’m going to these moments as they come, because there are still many hard days ahead, but at least for one day, we got watch progress happen.

Amongst the celebration of the inauguration, there have also been many breakdowns of Madame Vice President’s wardrobe during the swearing-in ceremony. This can feel shallow, but let us remember that the last time a woman in the vicinity of the presidency used fashion to make a statement, it was deeply unpleasant. In comparison, the presidential party’s inauguration day ensembles felt coordinated and conscientious. President Biden and Second Gentleman Doug Emhoff both wore Ralph Lauren suits—a classic American designer for a classic American moment. Dr. Biden wore a blue ensemble by Markarian, a sustainability-minded label run by Alexandra O’Neill. And Madame Vice President wore a royal purple ensemble by Christopher John Rogers.

MVP Harris used her big moment on the world stage to highlight the work of a Black man, who in turn points out that Black women have been his biggest and earliest supporters. It’s a moment of mutual uplift that resonates around the world. She also wore her signature pearls, a nod to her sorority, Alpha Kappa Alpha, a historically Black organization founded at the HBCU Howard University. This is another moment of mutual uplift, the pearls are a way of highlighting a community that helped VP Harris get to the inaugural stage. Yes, she looked very nice on TV, but I was moved by the details and thoughtfulness of her wardrobe, as it represents her roots and the forces that propelled her to this point in time. Fashion is political, and Madame Vice President used fashion to tell a story about her politics and the communities that shaped them.

I want to ride this feeling into the weekend. We’re going to have plenty of time for hard conversations and consequences, and of course there is the mountain of work waiting to heal the country (not by hugging fascists, but by making this place better for everyone), but for just a little bit I want to hang onto this feeling that what seems impossible can be done. Four years ago I felt hopeless, and now I feel, if not hopeful, then at least…possible. There is still so much misogyny, and misogynoir, in the world, and I am worried about what the backlash will be to VP Harris’s success (President Obama sent some people into such a tailspin we got Trump as president, what will they do after four years of a lady veep?). But at least for now, let us bask in the triple triumph of Madame Vice President Kamala Harris. This inauguration will be memorable for many reasons, but its most historically significant reason is that a woman of color took the oath of the second-highest office in the land.

Their daughters, Amara and Leela wore matching coats in honour of a coat worn by MVP Harris when she was a child:

And Ella Emhoff’s Miu Miu coat was also a fashion standout, in addition to her eyebrows: 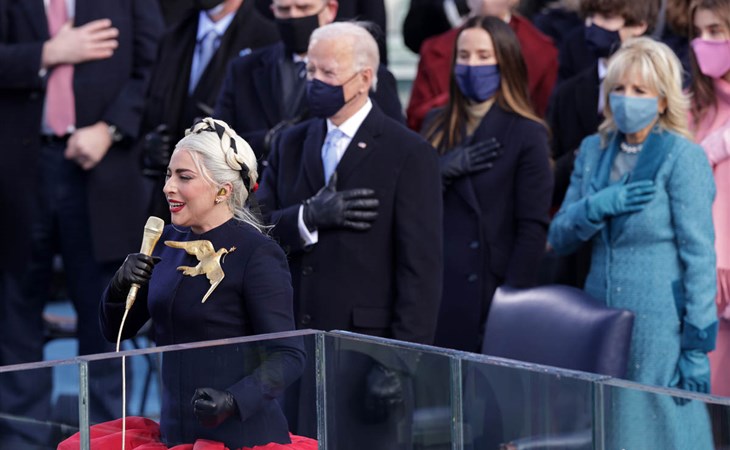 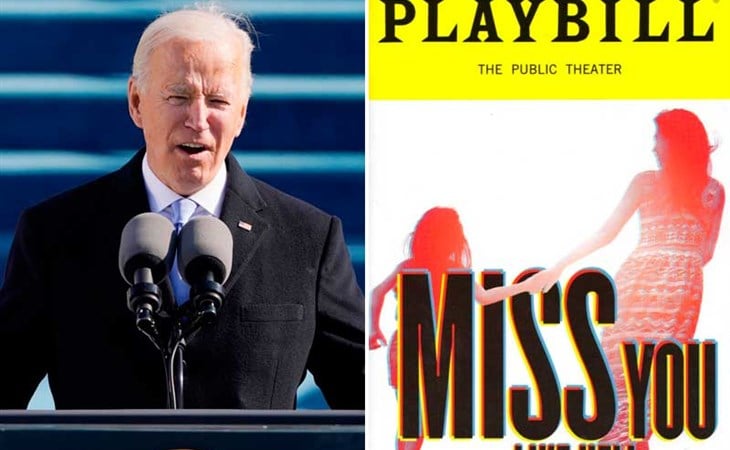