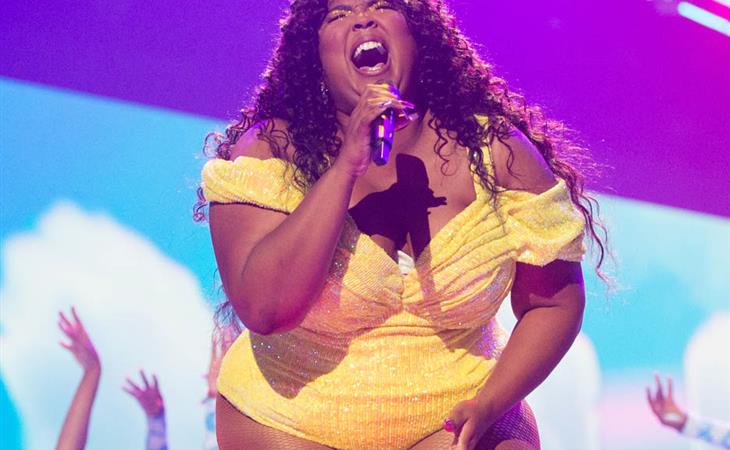 As I wrote in the open today, the MTV VMAs have stayed relevant even in years when the show is sh-tty because it can be a showcase for the future, for who we will be obsessed with in the near future, the artists who’ll be the culture in the future.

Lizzo, as we’ve seen, has had that kind of year, already having delivered solid previous award show performances but surpassed herself last night with the kind of performance that not only celebrated her ascent but that also gave people a moment to point to when they look back on her ascent, or down upon this point in her ascent, as no doubt the climb is still in progress. Remember when? we will ask ourselves, and the callback will be these euphoric and joyful early songs in her catalogue, the energy she brings to every minute in front of an inflated ass, swigging from the tricked out Patrón, and the way she made you feel. Because that is what is essential in all great live performances: something is left behind in you. Every major artist over the last 25-30 years has a throwdown VMA performance (sometimes multiple) on their resumé. Lizzo just laid down hers.

As did Rosalia, with many viewers meeting her for the first time, hearing that voice, showing that she too can sing and move effortlessly, with a flair for the dramatic, sliding from sexy to cool to cute, promising that there’s even more versatility on the way. I couldn’t take my eyes off her and this was just the introduction so again, the VMAs are here to serve beginnings – this is where artists begin building their archives.

And where artists declare their independence. After all, how many former teen band members have used the MTV VMA stage to make the case that they can go solo? This is what Normani did last night – just over a week after dropping the video for “Motivation” that started trending the moment it hit. Of these three artists, it’s arguably Normani who connects most visibly to the DNA of VMA legends. And this, I think, was intentional. The “Motivation” video is a tribute to Beyoncé, Destiny’s Child, Britney, Ciara, Ashanti, to the music visuals and videos of the early 2000s, to the influences that shaped her, building on that foundation by layering on her own signature: will you ever forget what she does in that video with the basketball?

Will you ever forget how she moved on stage last night in front of that basketball court? The way she locked into the choreo, with a peel-off costume change of her own? Britney went from a men’s suit to a nude bodysuit. Normani went from a velour track skirt suit to a gymnast’s leotard. She is telling us that she’s a student, that’s she’s been learning, that she’s now ready to lead the class. And she’s hoping that what she put down last night will be exactly the kind of Hall of Fame VMA performance that all of her predecessors achieved before her.

💜@Normani DELIVERED with the "Motivation" performance you need in your life! 🏀

Catch up on last night's #VMAs On Demand now! pic.twitter.com/zkVY5SggUn 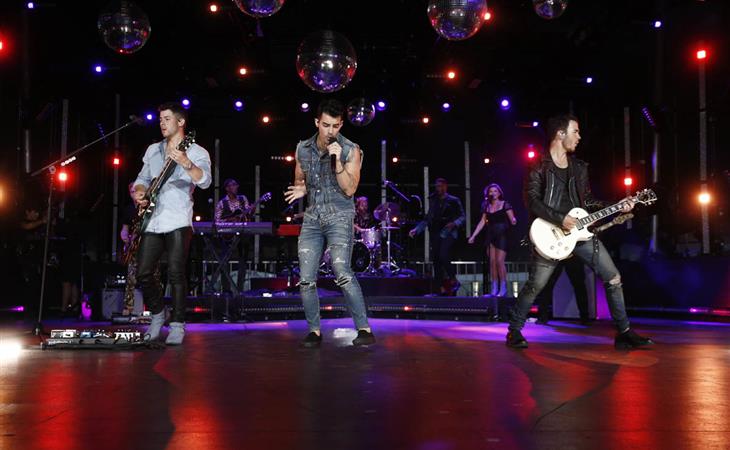 JoBros return to the VMAs Timothee Chalamet: the bowl cut has an accent