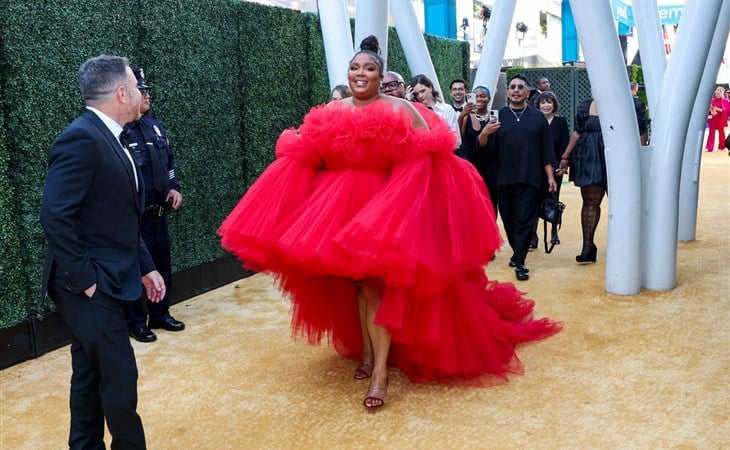 First because who doesn’t love Henry Winkler, second because I’d bet money he wrote it himself – it’s not a good enough angle to be chosen by someone who cares about tweet performance and SEO – and third because, truly, he embodies how all of us feel about Lizzo.

Look, I love this woman. I love what she stands for, the amazingly affecting speeches off the top of her head, the fact that she is using every single minute of her fame to point out all the ways she, and women like her, were erased without their consent. She had an incredibly poignant phrasing of this, pointing out that all she wanted was to see girls and women “fat like me, Black like me, beautiful like me”, and urged everyone to “tell more stories”.

I love that, and I love the part where she realized she was going to have to be the change she wanted to see, and no doubt that’s the part of the speech I should love the most.

What I actually love the most, though? It starts at 1:10, when she’s looking for the cast members of her newly Emmy-winning show, Watch Out For The Big Grrrls:

Lizzo accepts the #Emmy for competition series for #WatchOutForTheBigGrrrls: "When I was a little girl, all I wanted to see was me in the media. Someone fat like me. Black like me. Beautiful like me." https://t.co/h3GrtHDmKy pic.twitter.com/92upywX4Rh

She really wanted to share her moment with them. It wasn’t just lip service, and though there was no way Emmy security was going to let what appeared to be ten or more “random” women down onto the stage, let alone before the 30 second playoff music, it didn’t stop Lizzo from making the moment all about them, until the camera had to find what she was looking for, so she could share the moment with them after all. “CAAAAAHHHHMMMM!” She didn’t give a sh-t what anyone thought except for the women she’d made the show with, and for.

That’s why we all can’t get enough of Lizzo. That’s why the talk of an EGOT went, in the space of less than an hour, from a giggly joke to a wishful thinking to an understanding that it’s an eventuality, and probably within this decade. The woman is a force, and everyone wants to be around her. When that’s the energy you have, and the success you have, and the way you carry yourself, why limit yourself to an EGOT? A decade from now we are going to be amazed that our imaginations for Lizzo didn’t go even further. 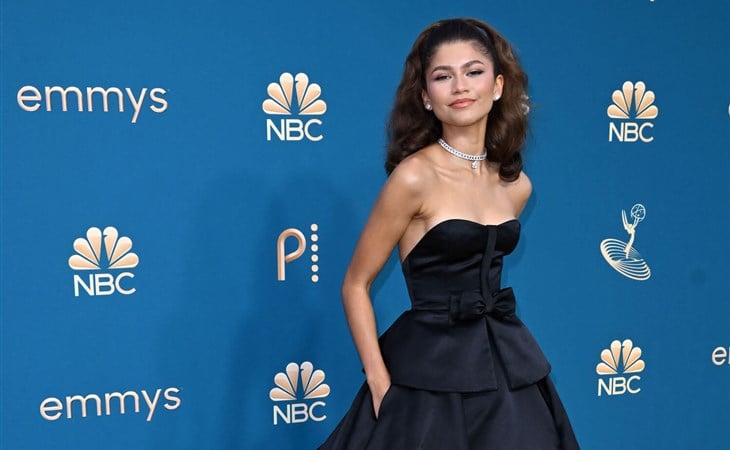 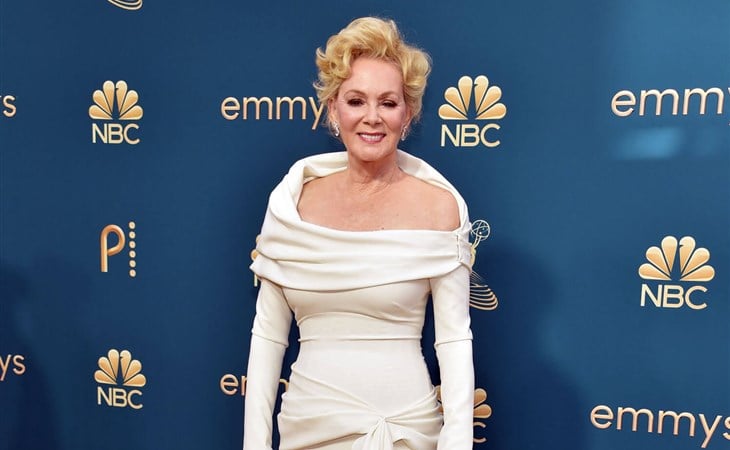