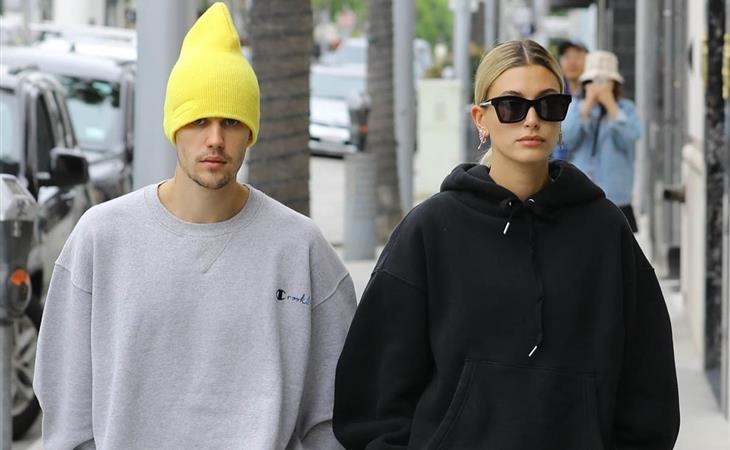 I have a thing where I’m always looking back on dates and milestones. Apparently this is a theme for today’s column, with Drake commemorating the one year anniversary of his beef with Pusha T by celebrating the Raptors’ historic win, and the Beckhams coming up on a year of divorce rumours and now Justin and Hailey Bieber, a much lower-key date but still, it’s interesting to see what’s happened in just 12 short months.

In May 2018, Hailey went to the Met Gala with Shawn Mendes. It was like prom. The two had been dealing with each other for months. I have several friends and colleagues who saw them making out in Toronto at the Daniel Caesar show in December 2017. Two weeks after the Met Gala, on May 27, 2018, so a year ago today, Hailey was interviewed by The Times and was asked about her past relationship with Justin. Here’s what she said, Per ELLE:

‘I met him when I was really young and he was one of my best friends. Everybody knows that at a certain point in time, that turned into something else, but that just happens when you’re 18, 19.’

Following their split, the pair ‘went through a long period of time when we weren’t friends’, according to the star. ‘We didn’t speak for quite some time and there was a lot of weirdness that went on.’

However, Baldwin now claims the pair are back on good terms and have ‘moved past’ the awkward stage of their relationship.

‘We just work much better as friends,’ she admitted, describing their friendship as ‘a very mature situation’.

Two weeks later, early June 2018, they reconnected in Miami at a church conference. They spent the rest of the month making out all over the world, from New York to the Bahamas, where they got engaged pretty much five minutes later, and you know the rest. IT HASN’T BEEN A YEAR! That, really, is my whole point.

Anyway, according to Justin, every day of this (almost) year, he’s given Hailey a new nickname. Yesterday her nickname was “goo goo”.

Pretty sure there was another day that “goo goo” was used (Met Gala 2019?), but fine, if he doesn’t remember, I’m not here to remind him. I just… many of us have stupid and sappy and silly nicknames for our partners, right? As much as I enjoy getting into people’s business, though, I get squicked when I hear them. A few months ago, I was standing in line behind a couple at the grocery store when the dude turned around to say to his girlfriend/wife, “What do you want to do today, beautiful?” This made me not want to buy the short ribs I was waiting to pay for. This made me not want to eat ever again.

Which, I know, is weird, because I don’t mind this photo of Justin straddling Hailey at all. In fact, I think it’s kind of hot. The “goo goo” is the step too far.

Also shared on Instagram, JB is back in the studio:

His song with Ed Sheeran, “I Don’t Care”, is burning up the charts. Not quite enough yet to take over “Old Town Road”, the dominant song of the year so far, but good enough for #2. Spencer Kornhaber wrote in The Atlantic that it’s “the anti-party anthem contending for song of the summer”. As Spencer points out, the track doesn’t have a bummer vibe. It’s actually as jubilant as Taylor Swift’s “ME!”, just not as… cloying?

“I Don’t Care” isn’t going to be my summer jam (probably because I’m not an Ed Sheeran believer) but I do appreciate that it’s a way for JB to edge back onto the scene. And I really, really appreciate that his hair looks good again.

Attached - Justin and Hailey together in LA yesterday. 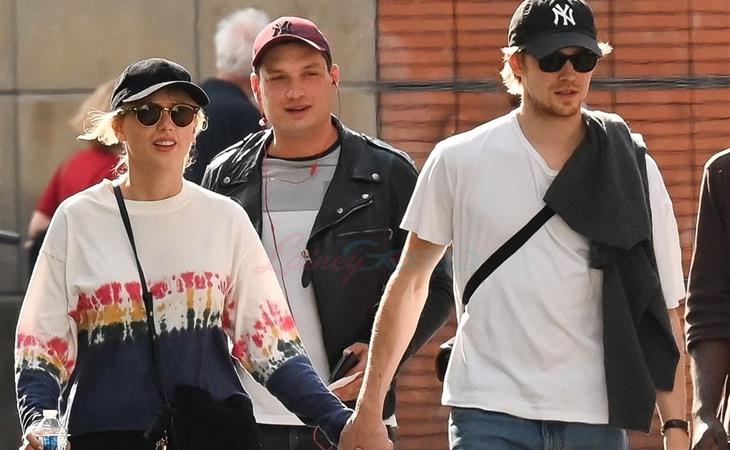 Taylor and Joe in Paris 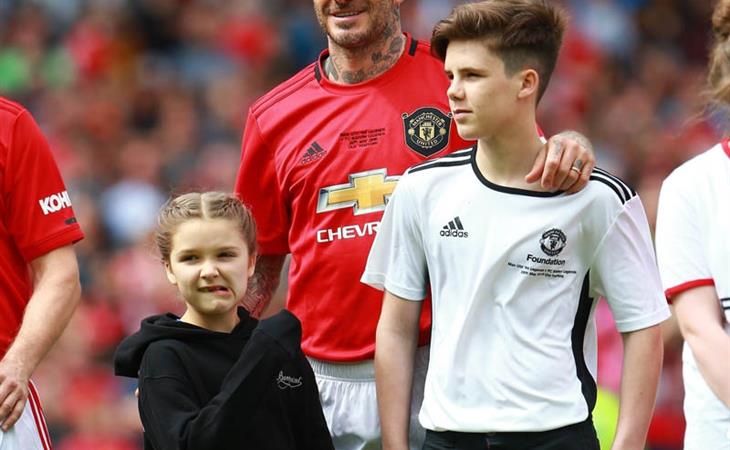