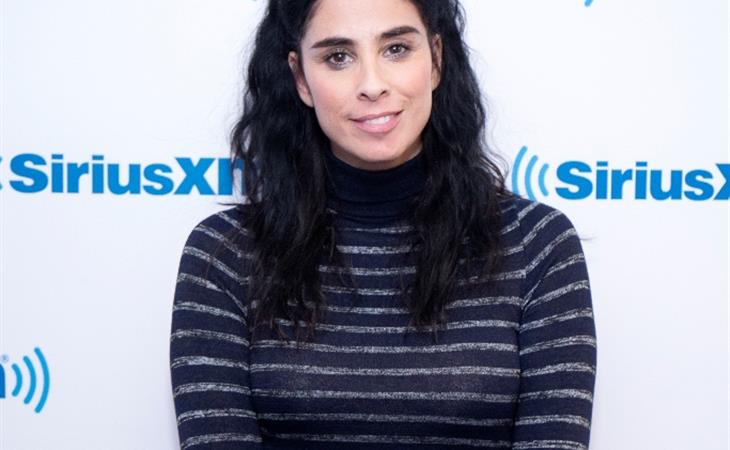 Sarah Silverman apologised yesterday after stepping in it on The Howard Stern Show when she was asked about Louis CK. Rebecca Corry called her out. I get it if you want to dump on Sarah. While you do that, I’m going to dump on Louis CK. Because on top of all the gross sh-t he did and on top of the fact that he set careers back and on top of the fact that he hasn’t done jack sh-t to contribute to change and instead focusing on his comeback, Louis CK doesn’t seem like he’s a very good friend.

Sarah’s out here promoting her own work and she’s being asked about her friend. And in the process, while navigating that situation, she’s trying to be his friend while not selling out women – rather unsuccessfully, sure, but…why is that her responsibility? If you’re Louis CK, and you see that your friend is being dragged up and down for, when it comes down to it, the horrible things that you did, what do you do? Well, so far, nothing. He’s letting her eat it. He’s in the same protected space he’s been in since last year, writing his new jokes, getting ready to launch a new routine, letting other people eat sh-t. Letting his friends eat sh-t. I mean, it’s not like we didn’t know about his character but what MORE does this say about this character?

Sarah told Howard that she hasn’t spoken to Louis CK in three months. She also insisted that, “I’m not saying everyone should embrace Louis again. I believe he has remorse. I just want him to talk about it on stage. He’s going to have to find his way or not find his way.”

His friends are taking bullets for him and he still can’t f-cking find his way. Or he’ll find his way on his new comedy special, for which he’ll probably be paid a lot of money. Right. That seems fair, non?