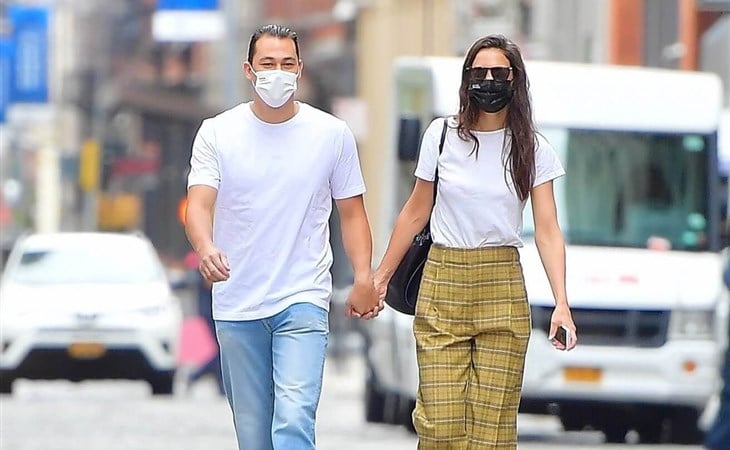 Last week I called Katie Holmes and Emilio Vitolo Jr the New Benana. The early part of the pandemic was dominated by multiple-times-weekly photos of Ben Affleck and Ana de Armas. Ben and Ana then spent several weeks in Ireland while he was working and if they’re back in LA, they’re likely in quarantine and have yet to be seen. In their absence, Katie and Emilio have stepped in with almost daily sightings in New York.

Here they are again, yesterday, walking hand in hand. And just like Ana, Katie’s giving us a variety of fall weather looks. Her white tank earlier this week with trouser-cut jeans and oxfords was a great look. She’s followed up with another great pair of pants – mustard yellow plaid over what looks to me like classic Gucci sneakers.

There is so much I love about these pants. I like how they’re pleated but it’s still a flat front and that she’s not wearing them with a belt. I also love the hemmed cuff. And how they’re just worn with a plain white tee to make the colour pop extra and because the print will do all the work, you don’t need much else. Also, since Emilio is also in a white tee, there’s a half-match couple situation happening. Obviously I don’t know if that was intentional but I do think is intentional is the mask selection. He’s in a white mask today to go with his outfit and hers is black which picks up the black in the plaid of the pants. Notice though that their masks are the same brand? 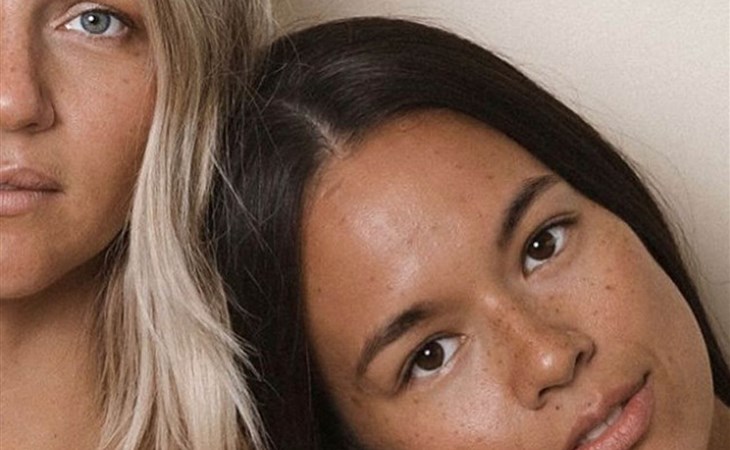 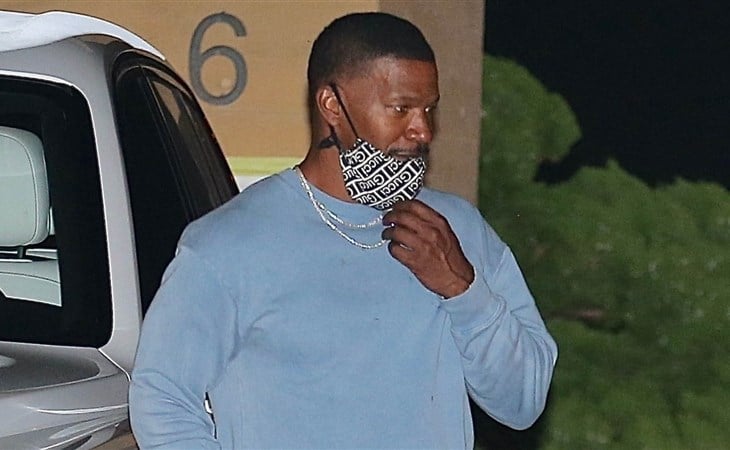