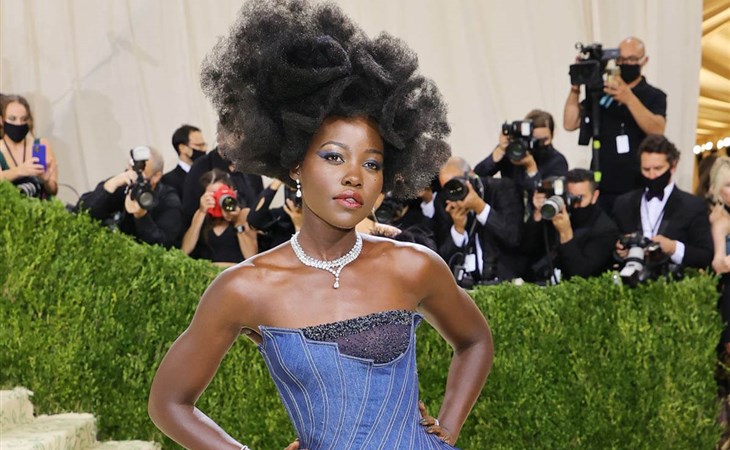 There were a few western interpretations of In America last night. Jennifer Lopez was probably the most extra – and, obviously, we’ll get to her soon. But there were other western style standouts, like Lupita Nyong’o and Tessa Thompson.

Lupita wore denim Versace, perhaps the most elevated jean dress we’ve ever seen. This has the essence of Versace in its construction – body-con and architectural, the structure of the piece as important as its fabric, a fabric that is synonymous with the American west. And an example of American ideological expansion, sometimes through fashion. Denim may not have been invented in the United States but it was in the United States that it really became popular with Levis. For a long time, denim was associated with working class life and the wearing of it, the addition of it to international wardrobes became an cultural export.

But Lupita is also meeting the theme through her hair. Vogue profiled her look and her stylists explain that the hair was meant to complement the shape of the dress and highlight the “Afro hair experience” which definitely has a place in the American fashion conversation.

Tessa Thompson’s piece is unmistakably Iris Van Herpen. Her accessories, however, are unmistakably In America. The cowboy hat and the full cowboy boots…

I almost picked this as my best dressed, because it checks every box. Not only does it meet the theme, but it also is just great styling. The boots look AMAZING with this dress. This dress, I would say now, should ONLY be worn with cowboy boots – which, I’m pretty sure, is not how it would have been originally presented when it was conceived. That’s exactly the point of the Met Gala, to imagine an outfit in an entirely different way without forcing it into the theme. It’s SO f-cking good. Tessa is always so reliably great at this event. 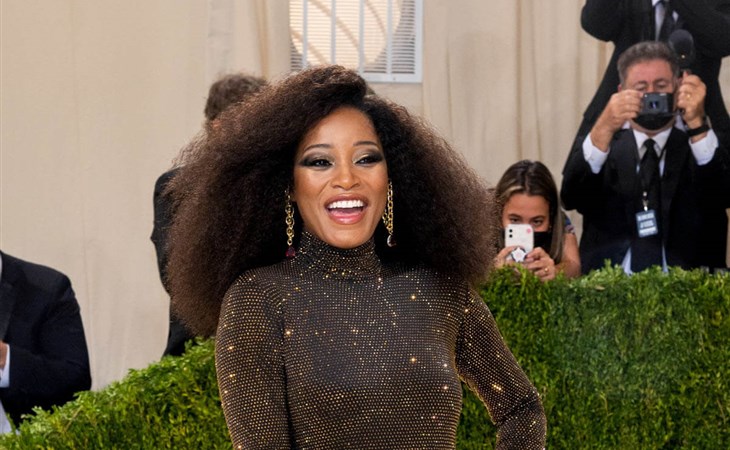 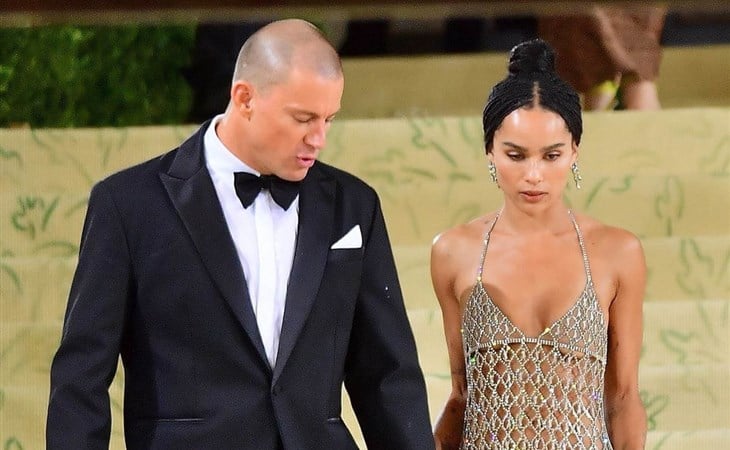