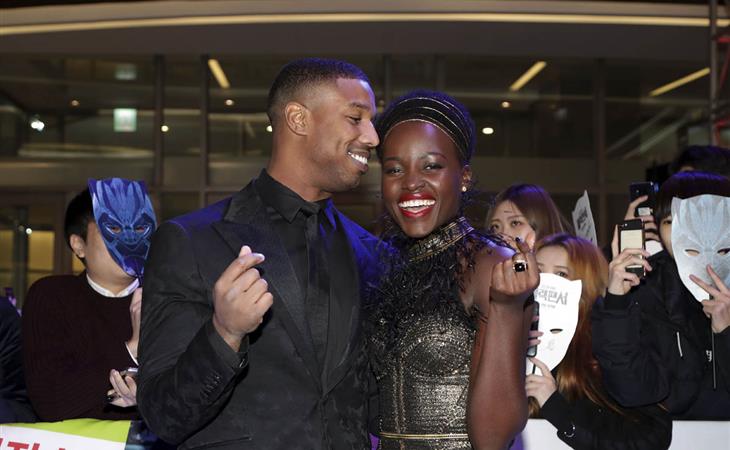 If by the end of this post, you feel the need to come in with some real talk … don’t. Do not take away my joy. Don’t take away your own joy. Let us all live in possibility for a while because, sure, this may be too good to be true, but it’s a lot better than believing that Robsten and Virtue Moir are secretly married and raising babies.

So, Lupita Nyong’o and Michael B Jordan are currently enjoying the mega success of Black Panther, the biggest movie in the world. Have you heard? The projection went up again yesterday after I posted about it. We’re now looking at a 4 day opening box office of $235 million and over $400 million around the world.

Anyway, at some point during the press tour, Lupita and MBJ made a bet. We don’t know what this bet was about. The fact that they don’t want to tell us tells me that it was x-rated. That could just be me because I’m filthy like that. What we do know, however, is that MBJ lost the bet. And in losing the bet, what he owes Lupita is on-call push-ups. Whenever she wants, he must drop. Backstage at the Calvin Klein fashion show? One push-up please:

Backstage at The View? One push-up please:

All this hugging and flirting and watching them hug and flirt is almost too much for me. JUST KISS ALREADY! 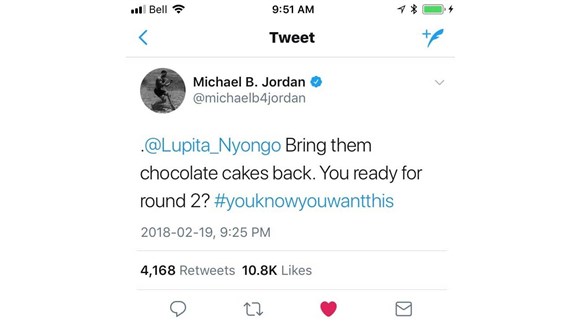 Like I said, I can’t, because my mind is too impure. But… what are these cakes? What is round 2? What is “this”? I KNOW I WANT THIS.

JUST GIVE IT TO ME.

MBJ has since deleted that tweet. But this is what it was in response to:

listeeennnnn noww.... what y’all NOT bout to do is play with my emotions like that. 🙅🏽‍♀️ pic.twitter.com/sh9VpeIPG5

Lupita and MBJ and dessert and cupcakes and coming correct and…

Isn’t THIS the couple we should be writing fan fiction about? They fell in love while shooting Black Panther. During the scene when they’re interrogating Andy Serkis and Killmonger busts through the wall, Lupita fell over and scraped her knee but MBJ rushed to be by her side and then they got pregnant but they had to hide it from everyone because they didn’t want to be a distraction on set. After that they had to keep hiding it because Marvel, those bastards, forced them to keep it quiet because they hate babies. Whatever, I don’t care. Fill in your own conspiracy. Just make it real. Please make it real. 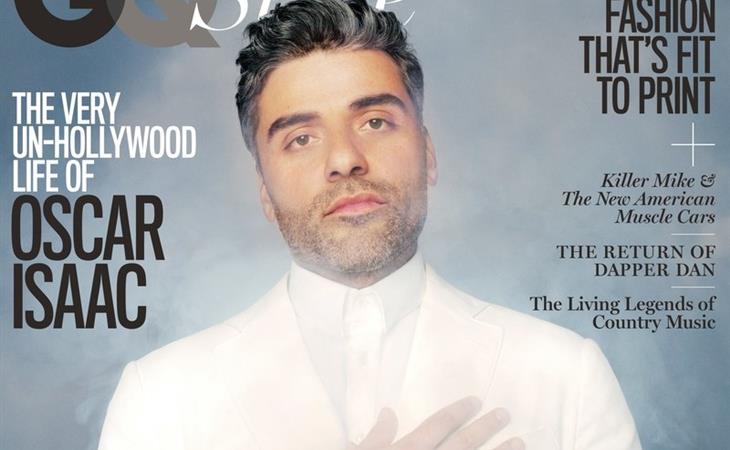 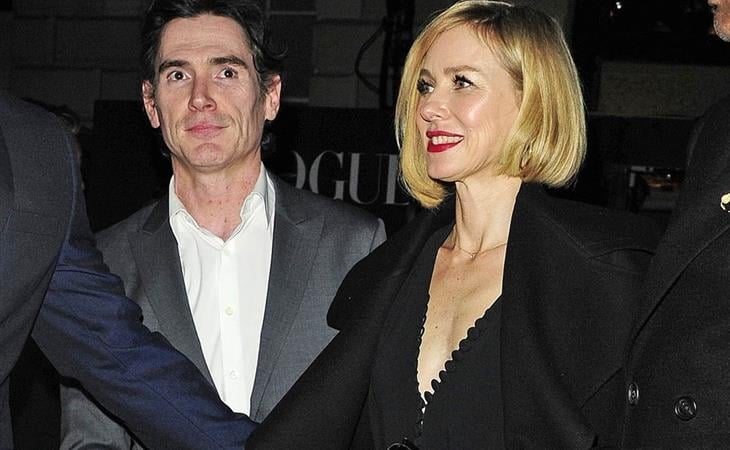