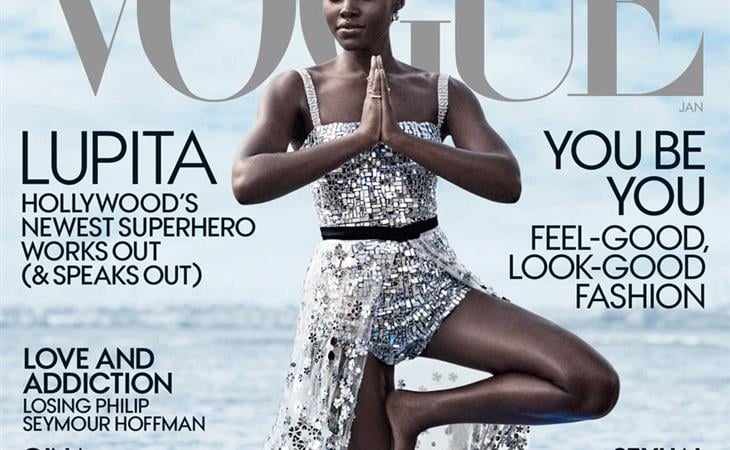 Lupita Nyong’o covers the January 2018 issue of Vogue. January is my birthday month so this feels like a gift just for me. Thanks, Vogue. This is Lupita’s fourth Vogue cover. We’ve written a lot about who gets to cover Vogue. If you’re a woman of colour, you have to be exceptional. If you’re white, you don’t have to be. This magazine has proven us right many times. What we don’t talk a lot about is who gets to write for Vogue.

Lupita’s feature story is written by Alexis Okeowo. is a staff writer for The New Yorker and author of A Moonless, Starless Sky: Ordinary Woman and Men Fighting Extremism in Africa. Okeowo is an exceptional writer. She is also a black woman. It may not matter to you that a black woman is on the cover of Vogue for the fourth time and that another black woman interviewed her for that cover but it means something to me. There’s an anecdote in this story about these two women speaking in shorthand recalling their times spent in Uganda. They bond over Nigerian fashion. This feature treats Nyong’o’s home city of Nairobi not as a strange, exotic land but like any other home city, as it should. And when it comes to breaking down the importance of Black Panther, Okeowo and Nyong’o succinctly articulate why it’s so powerful that Wakanda is depicted as an African kingdom that has never been colonized.

The country has never been colonized, and its traditions have matured without interference. “For me, as an African who lives outside Africa and wrestles with that dichotomy of tradition and modernity, this is almost healing… The little Kenyan child in me leaped for joy because it’s such an affirmation,” (Lupita) says. “What colonialism does is cause an identity crisis about one’s own culture.”

Alexis Okeowo writes about going pole dancing with Lupita Nyong’o and still, I’m more envious that she got to see advance footage of Black Panther. IS IT FEBRUARY YET? The pole dancing was apparently Lupita’s idea. She likes to try new things – physical things. The feature spends a lot of time on Lupita Nyong’o’s physicality and in the accompanying photospread she casually slays while posing on a paddleboard so yeah, as the cover tagline suggests, she’s a superhero. Sometimes, I worry about Lupita’s superhuman image. It implies a perfection that can’t be real, that clearly isn’t an authentic representation of Lupita Nyong’o. I worry that if we put her on an unrealistic pedestal, the world will just be waiting for her to fall. On the other hand, she’s Lupita Nyong’o, the goddess of perfection and literal joy. The highest pedestal is the only one deserving of her. Here’s how Okeowo describes Lupita’s presence:

An acute sense of self, and resulting unwillingness to bend to please others, has sometimes made Nyong’o appear aloof to fans and prickly to journalists. Her way of carrying herself seems to arise not only from self-protectiveness but also from a certainty of her worth.

When you think of Lupita, do you think she’s aloof and prickly? I don’t. But I also don’t know anything definitive about her love life. When I wrote about Lupita’s third Vogue cover, I selfishly wished that her next feature would include some quotes about her love life. The only quote Lupita gives about her dating life is, “You can ask, but you definitely won’t get an answer…There have been rumors and rumors and rumors about my love life. That’s the one area that I really like to hold close to my heart.”

If that’s Lupita being aloof and prickly, every other celebrity should please take notes. Lupita has the right to keep her sh-t tight. It’s not like she’s writing corny love notes on Instagram and then begging for her privacy.

“I got such a head start in this industry that it is not in my best interest to look for struggle. That’s such a powerless place for me to think about: what is working against me… I don’t think of what I don’t have; I think of what I do, and use that to get the next thing.”

Lupita Nyong’o won her first Oscar for her first major film role. As we like to say often, she is the exception, not the rule. She knows the privilege that comes with her position and she’s acknowledging it while refusing to complain about the limitations Hollywood puts on women who look like Lupita Nyong’o. So, she gets that she’s in a better spot than most. But she also delivers this acutely self-aware line that ends the feature:

“I know this industry was not made for me. But I’m not going to apologize for being here.”

You can read the full cover story here. 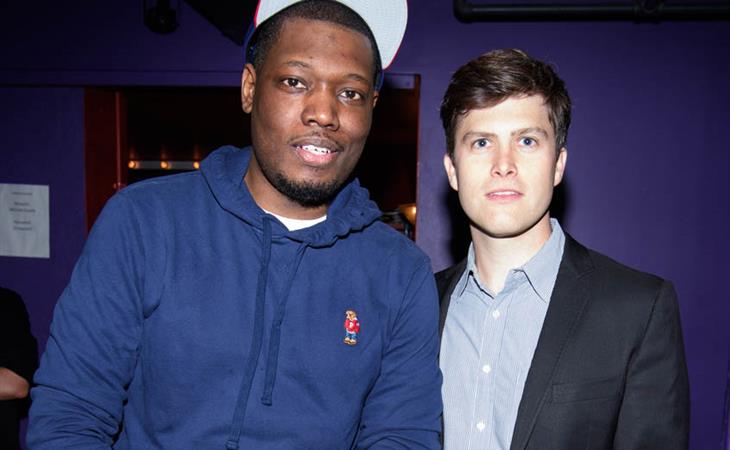 Rihanna’s “clapback” and her ring