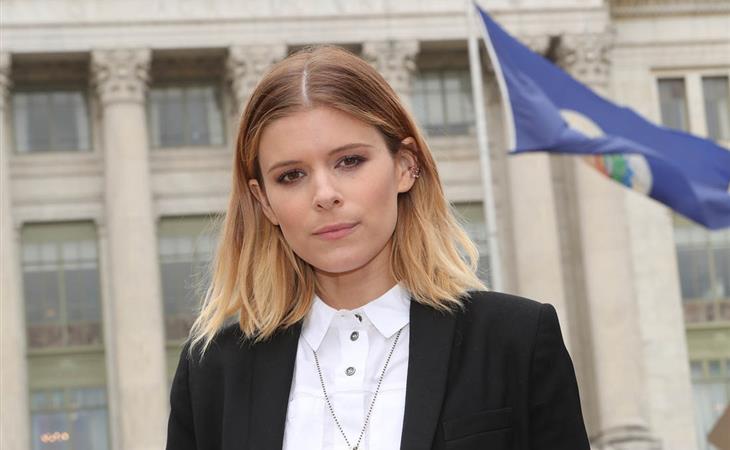 Kate Mara’s made some really interesting choices since leaving House of Cards. And her latest project, Megan Leavey, about the real-life U.S. Marine corporate veteran and K-9 handler, gives her an opportunity to show off her teeth-clenching tenacity and sly smugness in a way that would make Zoe Barnes proud.

But before Megan Leavey, with the exception of The Martian, Kate’s hardly made a splash at the box office or with critics. Fantastic Four was a major flop – she and Jamie Bell fell in love but professionally it did nothing for her. Her film Captive with David Oyelowo barely made a splash, and her film about post-war PTSD with Shia LaBeouf, Man Down, made more headlines for selling only three tickets at the U.K. box office than it did for her performance. Oh, and Sarah called her recent effort Morgan a “derivate, clunky, dead boring exercise in science fiction.” Even in The Martian, which went on to Oscar nominations, her part was small, but it was not super memorable.

Where Megan Leavey is different though, is that it’s actually quite compelling, and gives Kate a chance to show what she can do. When we meet Megan, she’s a bit of a misunderstood loner who’s struggling to find her identity after the death of her childhood best friend. She’s not over her parents’ divorce either and decides to join the Marines, which her mother (Edie Falco, who has very little to do) dubs as her latest attempt at running away from her problems.

As you can expect, her pouty disposition does not make her an instant hit with her Marine superiors. Again, she struggles to fit in and takes an interest in the K-9 unit. When she finally does get a bomb-sniffing dog of her own (after passing a series of tests and training, without the satisfying-albeit-unnecessary-for-this-movie GI Jane-style montage), she gets paired up with “the most aggressive dog” available, Rex. They bond very slowly, because as Megan learns, “everything [she] feels goes down leash,” and she cannot be taught how to connect with anybody, let alone a dog. If you’ve seen the trailer (spoilers), you know the two survive a near-death experience together, and battle PTSD together too. She spends the rest of the movie fighting to adopt him, and struggling to return to civilian life.

According to Kate, she’s the one who reached out to Gabriela Cowperthwaite to direct the project. It’s a good one to cut her narrative teeth on, since she previously directed the SeaWorld documentary Blackfish. Some pacing issues and a very cartoony Common-as-her-superior aside, Kate carries Megan Leavey to being a watchable, three-star movie. And you’ll love it even more if you’ve ever had a dog in your life.

In all of her interviews, Kate has said that since Man Down, Kate had been hungry to tell a story from a female Marine’s point of view. You can tell that she wants this movie to work, in spite of its meager box office predictions. But, on a weekend where the film will likely fall to another female-directed film in Wonder Woman, there’s still something to celebrate here. And soon, there will be three female-helmed movies at the box office, with Sofia Coppola’s The Beguiled. If anything else, this will surely sell more tickets than Man Down.

And it marks a turn in Kate’s career. She’s working with a female director she handpicked, in a story she’s passionate about, written by two women including Annie Mumolo of Bridesmaids fame, and her husband. Next up, she’ll reteam with her Tiny Detectives co-star Ellen Page in Mercy, another indie, but it’s her first-ever producing credit, and will also be lensed by a woman. Kate’s making a name for herself in an interesting lane -- and bowing out of a lot of studio fare. I can't decide if she only wants this level of fame (a la Sarah Gadon), or if she's hungry for more prestige or marquee work. It's also crazy to me that Rooney is the younger sister, because Kate carries herself with such a youthful vibe.

Beyond my Zoe Barnes obsession, I’m rooting for Kate to carve her own path in whatever way she wants. Also, I really, really, really like her on Twitter. She’s called out People's reporting on her engagement and is living her best life, through a love of One Direction.


Oh, and she’s quite talented. I’m in her corner. Are you?

In the middle of a press tour for #MeganLeavey and @KateMara's like "I have 3 hours off. Let's go protest the USDA." / My kind of girl. 😊 • Join us at https://care2.com/StopUSDA


Attached - Kate in DC the other day advocating for animal rights, and in New York earlier this week promoting Megan Leavey. 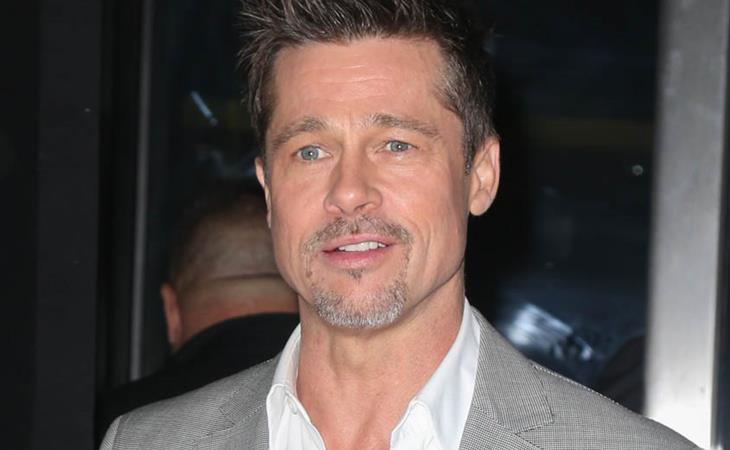 Brad Pitt in a grey suit