It’s Men of the Year time over at GQ and Megan Thee Stallion has been crowned their Rapper of the Year after a calendar marked with career highs, like scoring her first (and second) Billboard #1 hits with “Savage (Remix)” and “WAP,” and personal lows, like being shot.

The GQ profile predictably leads with the shooting. The incident has become one of the biggest entertainment news stories of 2020 – and it was indeed shocking – but the subsequent fallout has also been its own story. Alleged shooter, Tory Lanez continues to deny the accusations (even after he was charged with felony assault for his involvement) and used the situation to promote a new album. Megan’s been brought to tears recalling the saga which unfolded this summer and not because of the physical trauma but because of the people who accused her of lying, the people who made memes at her expense, and narrative that she was somehow the instigator. Megan also reveals new details in GQ about the night of the incident, alleging Tory immediately offered her and her friend money in exchange for their silence, begging them not to say anything.

This GQ piece kicks off release week for Meg’s official debut studio album, Good News, dropping Friday. The recently released track list reveals the intro song is titled “Shots Fired,” which has fans thinking she’ll address the alleged Tory incident. But it’s not the focus of the album. It’s called Good News in direct contrast to the bad news headlines her name was attached to in 2020 — by no fault of her own! And just like the album, thankfully the shooting isn’t the focus of her GQ spread either. She was having a massive year before that unfortunate night, and she didn’t let it stop her career trajectory. As she says Beyoncé tells her, “Meg, live your life,” and that’s exactly what she did.

“I was like, ‘I have to take control of this.’ I’m still Megan Thee Stallion.”

In August, she and Cardi B brought us the cultural juggernaut, pussy-anthem known as “WAP". The song and music video ruled the charts, but not before spawning a thousand think pieces and a million more “think tweets” — if that’s a thing. Former congressional candidate DeAnna Lorraine, tweeted: “America needs far more women like Melania Trump and far less like Cardi B.” I think America just needs less women like DeAnna Lorraines, because it’s okay to disagree with people’s art or their values, but I don’t think it’s okay to disrespect it. Megan’s response is great:

“WAP” was a conservative media talking point for a while. Shapiro went viral for a cringeworthy, but amusing, censored, dramatic reading of the lyrics where he also added in his own mocking of the feminist movement. And Megan shared with GQ the perfect comeback for guys who are intimidated or offended by female sexuality.

“I feel like a lot of men just get scared when they see women teaching other women to own sex for themselves. Sex is something that it should be good on both ends, but a lot of times it feels like it's something that men use as a weapon or like a threat. I feel like men think that they own sex, and I feel like it scares them when women own sex.”

For anyone who has ever asked why Megan’s lyrical content is so vulgar, the answer is right there. She tells the magazine she grew up listening to southern hip-hop artists who spoke on money, power, high-quality liquor, how confident they are, and what they are going do to a girl. She was raised by a strong single mother and her grandmother. She wanted to flip the script. She knew the impact it would have if she brought what the boys brought and brought it just as hard as they do. It challenges the status quo. If Jay-Z released a song about wet ass pussy, DeAnna Lorraine wouldn’t be tweeting about how America needs more men like Donald Trump and less men like Jay-Z, and Ben Shapiro wouldn’t be reciting the lyrics on his show.

As a fan of Megan and follower of her work, I was already going to check out her new album when it arrives on Friday, but I’m even more excited after reading this profile, which ends by looking forward. Not just forward to the next project, but ahead at the legacy she’s crafting and the space she’ll inevitably carve out in pop culture history books. What does she want for women listening to her music? What does she hope she’s inspiring women to do?

“Even if it's me rapping or if it's me having a conversation with somebody, I'm going to make you feel like you are that bitch. Because you're already that bitch — you somehow just need it stirred up for you. It's like, when you put the Kool-Aid in the water and it all fall to the bottom. But when you mix it up with the sugar, now it's Kool-Aid. You just need somebody to stir it up for you. That's me.”

The stir is just getting started. 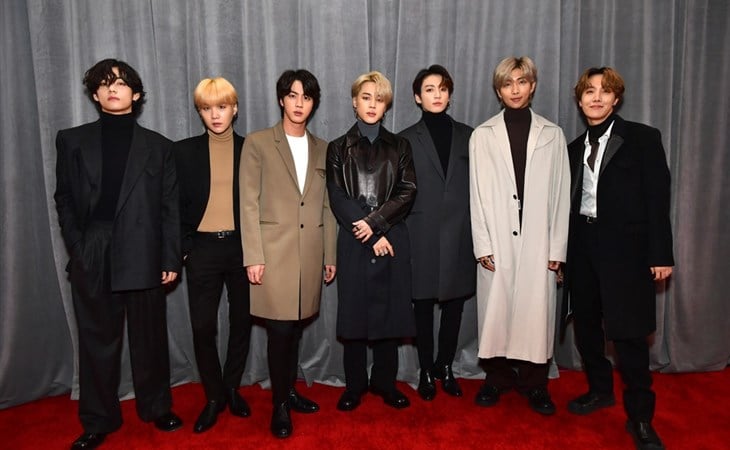