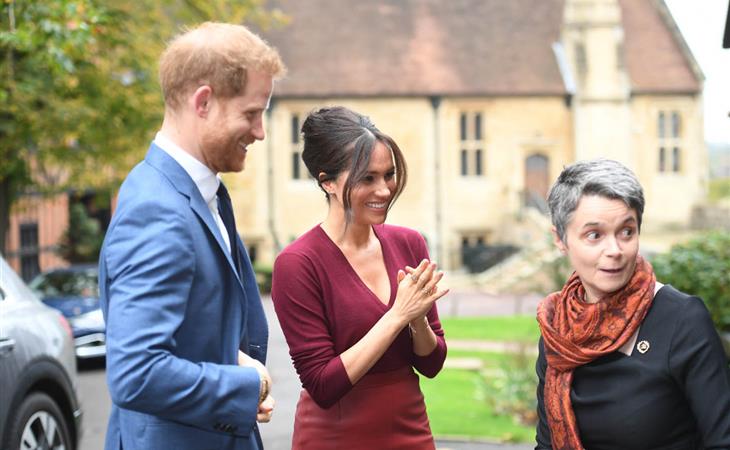 The Queen’s Commonwealth Vice President, Meghan Markle of House Sussex, participated in a roundtable discussion today at Windsor Castle with One Young World to discuss gender equality and inclusion with young leaders from around the world. She brought along a surprise guest.

1/ We're here and we have a surprise appearance! 🤩 QCT Vice President, The Duchess of Sussex, is joined by our President, The Duke of Sussex, at a roundtable discussion, convened by QCT and @OneYoungWorld, to discuss gender equality and inclusion. #OYW2019 #QCTxOYW pic.twitter.com/B1oHd3FkyE

Prince Harry drove Meghan this morning from their home at Frogmore Cottage. That’s the kind of thing that royals get off on and we’ve heard Harry and William talk about it over the years – the desire to do “normal” things, like drive your wife to work or, in Harry’s case, drive yourselves to work. Because that’s been his whole thing from the beginning: finding someone who could work with him, finding a teammate.

Before Meghan, when Harry talked about relationships and family, he always alluded to the fact that being with him came with baggage, having seen his mother and his sister-in-law and also his previous girlfriends struggle in the spotlight, under the pressure. One of the reasons he and Chelsy Davy ultimately broke up is that she didn’t want the royal life and neither did Cressida Bonas. So there’s no doubt that he knew going in that it would be hard. But did he know it would be this much f-cksh-t? As Meghan said in the documentary Harry & Meghan: An African Journey, “I never thought it would be easy, but I thought it would be fair”.

It has been a week of intense royal drama since the documentary aired as royal players have been scrambling to better position their various households and the British tabloids have been capitalising on the family fracture. Regardless of whether you’re Team Sussex or Team Cambridge, both houses can and should agree that it’s the tabloids that are coming out ahead. If I was moderating the peace summit, that’s the appeal I would make to Prince William – do you really want the Daily Mail and the Sun to benefit from all of this?

Here he is in London today after a meeting at a members club. I wonder what those dudes at the members club think of his friendship with dead rapist pedophile Jeffrey Epstein and all the allegations from Epstein’s victims about being forced to have sex with the Queen’s second son. You think the white men in suits hanging out with Andrew, enjoying a Friday afternoon cocktail, are judging him for his “poor decisions” – that’s what he calls it. Or are they shrugging because, you know, they might have, at one time or another, made a few “poor decisions” too? 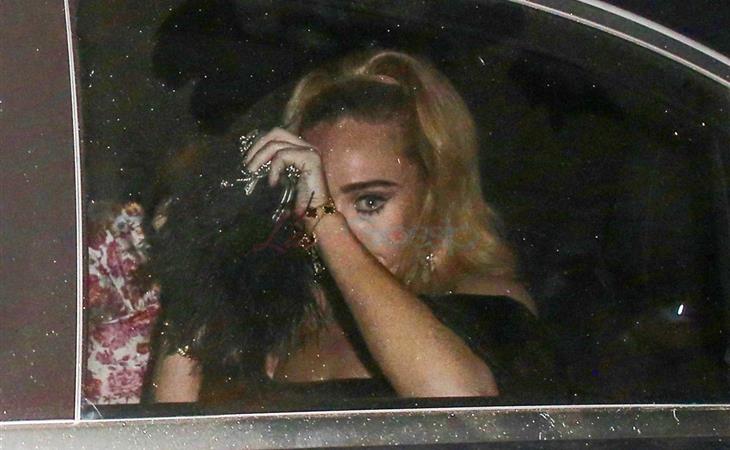