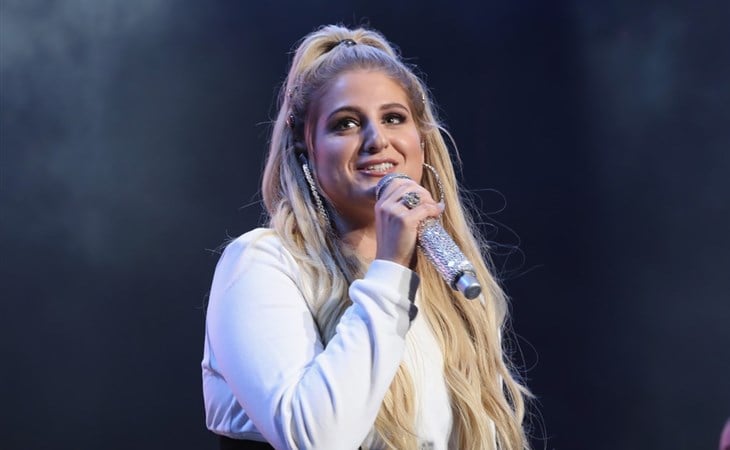 What I Missed About Meghan Trainor’s Work

Like everyone else, I’m consuming everything in sight these days, because what else are we going to do, really; but also like everyone else (I suspect) I’m using the time either to catch up on series I heard I should have watched, or to be pulled into whatever Netflix serves me up.

Then the other day, @ceas89 sent us a video on Twitter, and I was enthralled and also ashamed. Enthralled because it was amazing; ashamed because before now, I didn’t know. The video is a behind the scenes of Trainor’s song “Genetics”, featuring Nicole Scherzinger of the Pussycat Dolls, and before I clicked, I read the tweet, which said, ‘can you please talk about the work happening in this video?’ So, I played it (skip to 0:30 to really get to the goods):

The song was released in September 2019, but Meghan posted it just a couple of weeks ago. And, as @ceas89 predicted, I watched it over and over, because it’s incredible. And I’ll confess, I didn’t know this work was gonna be here. I love that they’re recording in an apartment or bungalow of some kind – we’ve seen this kind of video before, but often in a blank, black studio. Somehow I felt more welcomed into the room in this video, which is a cool trick.

But it’s the dynamics of this that I love most.

Meghan starts off complimenting Nicole, in a way that might seem self-deprecating. “I have the voice to record, I just don’t have the dance moves to dance.” Initially I was sort of frustrated with that, because I felt like the ‘Meghan Trainor doesn’t have the “right” body for the music industry’ narrative is boring, played out, and also, it’s patently not true. Ask Lizzo.

But as the rest of the video unfolds, it’s clear that what she’s doing is actually trying to build Nicole up. Because it’s Meghan’s song, and she knows how it needs to go, while Nicole is anxiously trying to do her best, but is aware, maybe, that she’s not *quite* nailing it. We don’t see the takes where she doesn’t get her vocals to where they need to be, but her affect and the way she looks at Meghan for reassurance makes it clear.

Trainor builds her up, over and over again, ‘Oh-my-God’-ing over Nicole’s vocals, but also clearly directing her: what kind of tone, what kind of dynamic. Even from her slumped position on the couch she’s commanding, as she tells Nicole ‘sing with me’, until it’s clear that Nicole has gotten it right. “Wait—” she directs Nicole during a vocal run, and then, never missing a beat, reminds her, “It’s a quick ‘but’ here”.

Then look what happens at 2:41. Meghan lays down some vocals, and Nicole, stunned, comments, “Wow, she just does it in one take” and then puts her head in her hands. As @ceas89 put it, “Nicole is legitimately shook”, and it’s true. “It’s so easy for you”, she comments to Meghan, who laughs. No self-deprecation this time…

Because it’s clearly true. It’s easy for Meghan. It’s easy for her – and necessary for her – to tell Nicole how the song needs to be done, because she wrote it. Did you know Meghan Trainor wrote songs? I mean, I guess I assumed she wrote her own songs, but I didn’t know she’d also written songs for Jason Derulo, Jason Mraz, Faith Hill and Tim McGraw, Michael Bublé, and Jennifer Lopez.

I didn’t know. Not really. And I should have.

I loved “All About The Bass” like everyone else, but as much as I appreciated the retro-bop style, I didn’t love the messaging about what ‘boys’ need, and the follow-ups of “Dear Future Husband” and “Lips Are Moving” seemed so retro that I lost interest. Not that Trainor cares – her career has been incredibly successful whether or not I like her messaging or packaging or not.

But let’s be real: I underestimated Meghan Trainor, maybe because of how she was marketed. I saw her as a gimmicky artist – and look, her image does have inherent gimmick-ness to it – but I let it cloud me to the phenomenal talent that’s gotten her this far, and I’m mad at myself for doing it. Why do ‘talented’ people have to have a certain image? If she was in plaid button-downs and less lipstick in her videos, would I have ‘seen’ it more? If there were more videos like this out there alongside her cutesy finger-wagging videos?

I’m not saying we have to like everyone, and there are millions of talented people, and entire genres of entertainment that are just not for me, the same way some people can’t abide musicals, or animation, or non-fiction. But this video was a reminder that even though I think I see through all kinds of showbiz packaging, the stuff I really value – hard work, genius-level talent, industry respect – is totally separate from the packaging and marketing of an artist, and I let this one slip by me before now. Thank you, @ceas89, for the education.

Whose talent do you think everyone else is sleeping on? (No, Lainey, BTS does not apply here.) Is there someone you’ve discovered recently, since consuming entertainment has become our collective new job? Do you have a method for exposing yourself to new stuff so you don’t make snap judgments like I did? There’s nothing I love more than a celebrity surprise, so if there’s someone I, or all of us, should know, hit us up. A new discovery is a delightful comfort and joy right now. 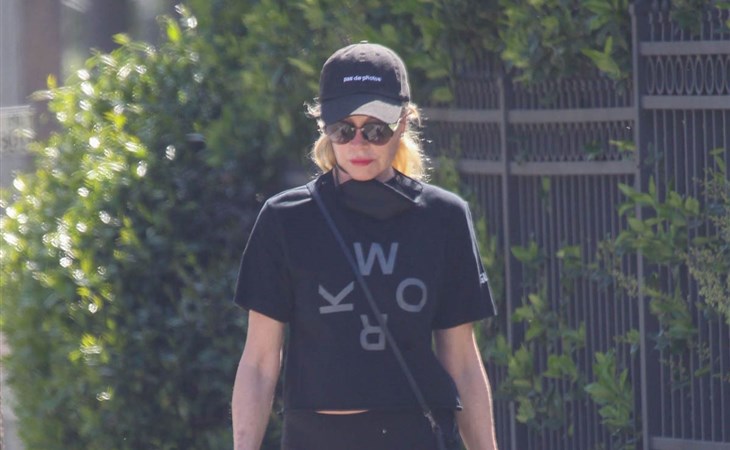 For Your Fitness: A 40 minute full body workout Jennifer Lopez getting heat for working with Dr. Luke on new single Ain't Your Mama

Meghan Trainor doesn’t consider herself a feminist she tells Billboard