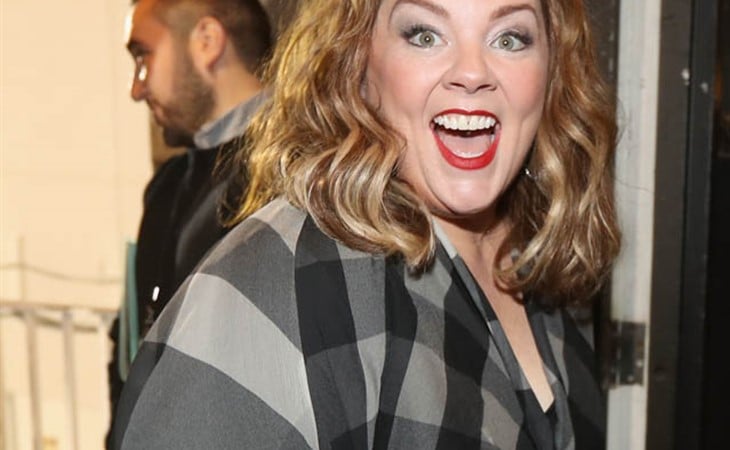 Plaid is big this season. As it is every season. But this season we’re making a point of highlighting it. The most prominent plaid that we’ve seen has been red plaid - most recently on Jessica Biel last week. Red plaid can be tricky on a red carpet though. Grey plaid is much safer.

Here’s Melissa McCarthy in grey plaid over pants at the Hollywood Film Awards last night. And the leather belt gives the outfit its polish. Looks great on her and even though she was probably one of the most casually dressed of the night, it’s not an underdressed look either. I’m not usually a fan of a belt, personally (I never wear belts) but it’s definitely an accessory that can easily elevate a look without trying too hard.