Last night was the season premiere of Michelle Young’s run as the Bachelorette, and as much as I love the franchise, I am EXHAUSTED.

Bachelor nation going from Katieâ€™s season directly into BIP with no break in between to having only a 2 week break before watching Michelleâ€™s season of #TheBacheloretteÂ  right now pic.twitter.com/o4tR8I888u

It has literally only been two weeks since the finale of Bachelor In Paradise, which came right after Katie Thurston’s season of The Bachelorette wrapped up in August. What’s even more wild is that Matt James’ season of The Bachelor was earlier this year too. It’s crazy to think that we are already nearing the end of 2021, which will bring our next season of The Bachelor (spoiler alert! We already know who it is…). And there’s also the Canadian edition of Bachelor In Paradise that’s running right now as well. If a super fan like me is getting overwhelmed by how much content they’ve been putting out, I’m sure the general public is too (yet here I am).

Nevertheless, this season still has some sparkle to me because …Michelle! She was the runner-up on Matt James’ season and a fan favourite for her confidence, humour, and good vibes. What makes this year different from others is that they chose two Bachelorettes instead of one, hence the reason why we had Katie Thurston’s season. Rumour on the Bachnation streets is that they originally wanted Michelle as the Bachelorette, but had to accommodate her schedule because she’s a teacher. After watching the premiere for Michelle, it kind of reaffirms the idea that Katie was the filler season. The advertisements, outfits, and glamour of the first episode alone is closer to Bachelorette normalcy than we’ve seen since before the pandemic. It might just be a sign of pandemic restrictions easing in America, and it could also be a testament to how the producers wanted to treat two seasons based on the importance of the lead when it comes to Bachelor Nation relevancy (Katie was 11th place and Michelle was Matt’s runner up).

Whatever the reason was, it was nice to see a little bit of a post-pandemic glow (please keep following health and safety guidelines and get vaccinated!). Although they showed the men wearing masks when travelling to set, and showed them quarantining in their rooms, they didn’t focus on it as much as they have in recent seasons, and instead put a spotlight on the drama right away.

The ultimate girl gang, Kaitlyn Bristowe and Tayshia Adams, have returned for hosting duties for one more season before Jesse Palmer takes over.  Despite all my years of watching the show, I can never tell right off the bat who will be a standout just from introduction packages (editing likes to play around with this), but this time around, I know lots were looking out for, *spoiler alert (but not really)*, Clayton Echard, who is our next Bachelor. The 28-year-old got quite a lot of air time, where we learned that he is close to his family, is a former football player, and is ready to find love. It doesn’t surprise me that he was chosen because he checks all the basic Bachelor boxes, but it’s odd that the show has let this information out before seeing him on air. There’s no point in rooting for him anymore because we know that he doesn’t even win, so there must be something that happened within the show that prompted production to let this information out - perhaps a terribly broken heart or a self-elimination. This also makes the whole Jesse Palmer thing make more sense since he is also a former football player who would relate to Clayton, but I still stand beside what I said about the show’s decision to replace a white man with another white man while they promised more racial diversity. We’ll have to wait and see what Clayton has to offer for the rest of the show, but so far, he’s made an interesting impression by giving Michelle a yard stick and asking her to spank him with it on his ass (HORRIBLE teacher joke). So far, he hasn’t given me anything to be excited about, but I guess we’ll just have to wait and see.

Another thing I noticed was different from other seasons was the drama that was presented because it was different from recent years. Usually there is an early villain established because they were taking too much of the lead’s time away from other contestants, or someone was being too cocky. However, this year we have a guy named Ryan who was sent home because he was caught with pages of notes on how to win the show with examples from previous seasons. After Michelle discovered these notes, she sent him packing. Although I’m a hopeless romantic who genuinely watches for the relationships, the fact of the matter is that there is a strategy to the show. Whether it is trying to win the whole thing, or just winning enough Instagram followers, there has recently been a sense of gaining something out of it besides just love. The producers have seemed to bite back recently, such as  with the Paradise drama with Brendan and Pieper, and now this. So they’re clearly taking a stance about not ruining the integrity of the show, but, maybe even more importantly, not trying to take the power away from the show. If you try and play them, they’ll just play you, and they’re the Goliath in this situation.

Another interesting thing last night was when Michelle recognized one of the contestants, Joe Coleman, as a guy from her home state who ghosted her after she slid into his DMs. When she confronted him about it, he said he ghosted her because he experienced anxiety during the protests surrounding George Floyd’s murder which took place close to him in Minneapolis. It was an important conversation that I think is a good step towards ending stigma around Black men and mental health, since he openly spoke about seeking therapy. It was also good to see Michelle validate his feelings, but also be honest about how she, as a Black woman, was also affected by the tragedy, and would understand if he had just told her that he needed to take a step back instead of ghosting her. This is another one of those moments where we are seeing the show be socially aware - an example of progress I hope we’ll continue to see moving forward. In the end, she ended up giving him a rose, so we’ll see how their relationship continues.

My number one pick, Nayte, ended up getting the first impression rose, and I have a feeling he is going to be sticking around. Overall, Michelle did a great job on her first night, and I’m looking forward to seeing her love story evolve. I’m also excited to see Kaitlyn and Tayshia shine in their hosting spots for one more season. Should we start a petition to keep these ladies on as permanent Bachelorette hosts? I think yes. 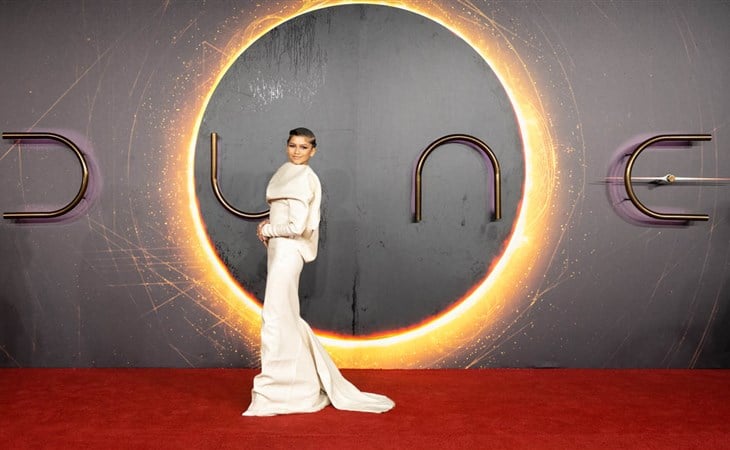