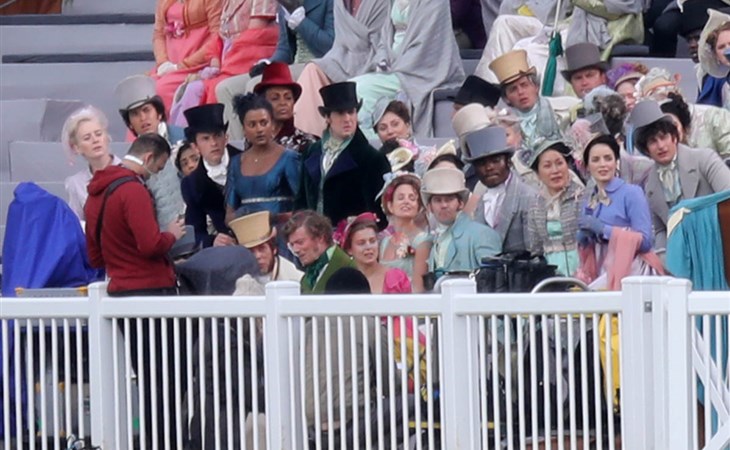 Filming of season two of Bridgerton is underway which means we have our first look at the family in the season of 1814 (minus Regé-Jean Page as Simon, who will be, I don’t know, busy on his estate all year or something). Set photos reveal the Bridgertons at a horse race along with Simone Ashley as Kate Sharma and Charithra Chandran as Edwina Sharma, and Lady Danbury is also present. I saw these photos on Friday night and immediately started screaming to Lainey about them. I love Kate so much, and I am SO glad our very first look at Ashley in costume features Kate whistling and shouting at a sporting event. Kate and Anthony’s love language is competition, so this is a perfect introduction to the two of them together. I will bet anything they are NOT rooting for the same horse here. In fact, based on Anthony’s face, he’s probably losing, which is how it should be. The entire plot of The Viscount Who Loved Me can be summed up as a series of competitions in which Kate defeats Anthony and then he begs for more. Anthony pulls one gross power trip early on, then spends the rest of his time essentially begging Kate to step on his neck, AS WELL HE SHOULD.

I had wondered if each season would take on an evolving color palette, but it seems that we’re sticking with “Bridgerton blue” for season two. There is an awful lot of blue on the Bridgerton bench, with Francesca and Hyacinth as the noticeable exceptions (Eloise goes for mint green a lot but blue still pops in significant quantity in her outfits). Even Simone Ashley is in a blue gown (which coordinates perfectly with Anthony’s blue jacket, they’re ALREADY a power couple). If you cannot tell, I am SUPER into these photos, mainly because competitive Anthony and Kate is everything, and Kate not giving a damn about propriety and whistling like that is EXACTLY how she should be. Kate’s whole deal is that she’s a little too much for society—too tall, too blunt, too strong-willed. That they’ve got Kate at a horse race whistling without regard for appearances is perfect and my hopes for season two just notched a little higher. Also, let’s take a moment to pour one out for Anthony’s mutton chops, which appear to be replaced with much more normal sideburns. I know not everyone loved the chops, but they were a perfect visual signifier of all the terrible decisions Anthony made throughout season one. Like, of course a guy with THAT facial hair isn’t making good calls. If we’re judging by facial hair, maybe we need to talk about whatever is happening on Colin’s chin? I can’t tell if that’s a shadow or if he has somehow inherited Anthony’s crisis facial hair. Will the Bridgerton boys ever get it together? 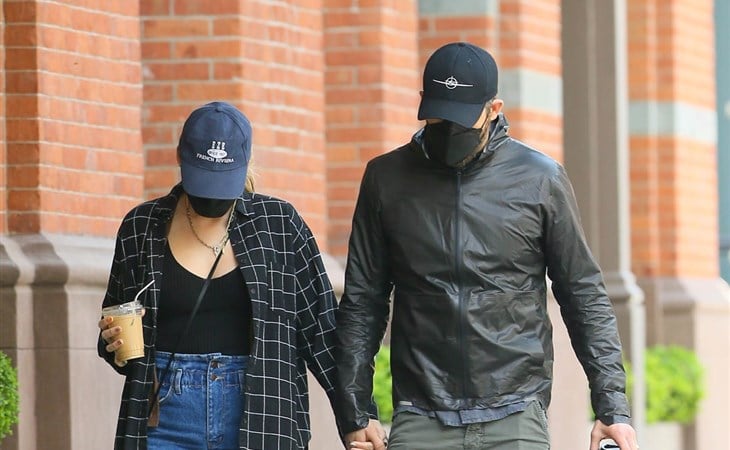 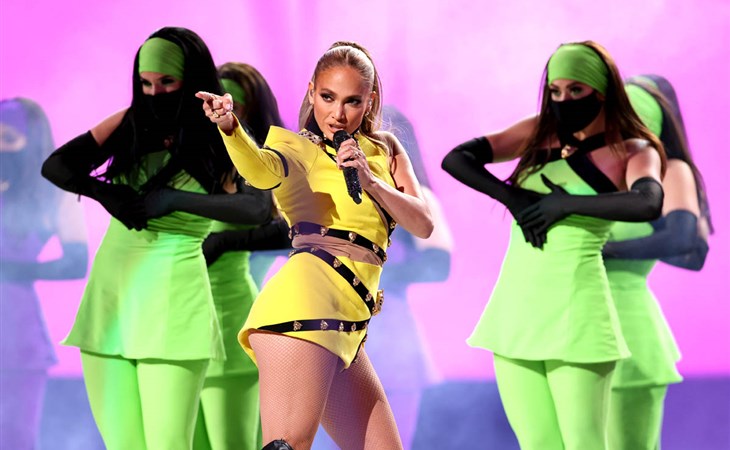