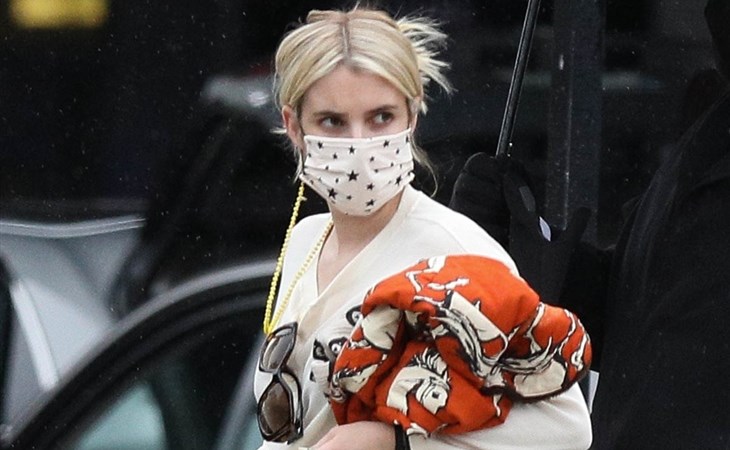 Here’s Emma Roberts arriving in Boston this week likely to begin work on About Fate, reuniting her with Tiffany Paulsen who wrote Holidate, the holiday rom-com that came out last year on Netflix. I never saw it, but the thing about holiday rom-coms and Netflix is that you can throw one on whenever the mood strikes, and it doesn’t have to be during the holidays. Netflix has been steadily building up its library of holiday rom-coms and at this point you can probably binge two or three a day for an entire month and still not be caught up.

This is the first time Emma will be back on set since she and Garrett Hedlund welcomed their first child, Rhodes, back in December. And you can see she’s travelling with the baby and a lot of luggage because while I haven’t had a kid myself, I know they come with a lot of gear. So this is a good opportunity to talk about the extra tax, so to speak, that mothers in Hollywood – and so many other industries – have to pay when they take on a job after having children.

As Duana and I have often discussed on Show Your Work, filming on location almost always looks a lot different for mothers in the business. It’s not just about understanding your character and preparing for the role and living somewhere else for a month or two. It’s also about finding childcare, about feeding schedules, and finding time to sleep (if there’s even sleep to begin with), and the list is endless.

Sienna Miller addressed this last year when she talked about negotiating that extra tax into her pay on 21 Bridges. There was pushback from the studios, and her point was that so many people don’t take into consideration that the fee for actresses (who are already paid less than men to begin with) who are also mothers shouldn’t just be about what happens on camera – because there’s so much more that has to happen off-camera for them to be able to be in the project in the first place. As you can see from just these photos of Emma all organised and uprooting her life to get back to work. 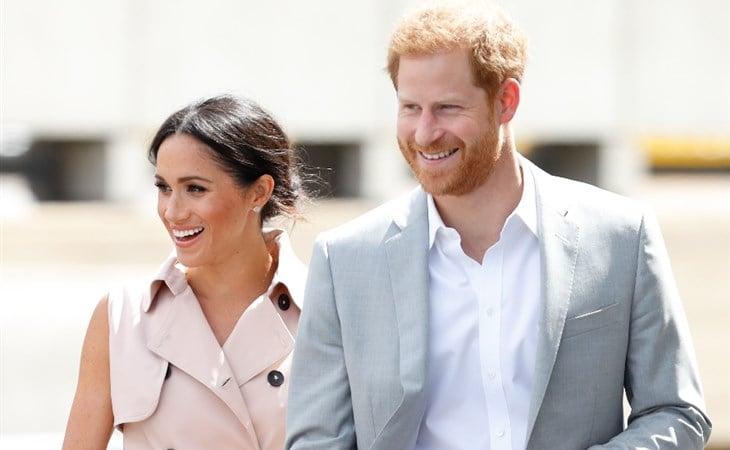