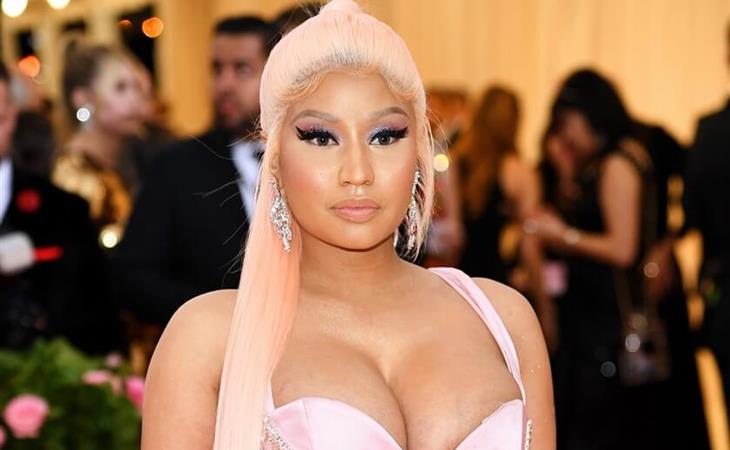 Yesterday, without warning, right in the middle of a relatively uneventful Thursday, Nicki Minaj announced her retirement. Not to be confused with a moment for haters, or even critics, or as she calls them “cocksuckers” or “the Nicki hate train”, this was just for the Barbz. Nicki’s exact wording, in a tweet that has since been deleted, was:

“I’ve decided to retire & have my family. I know you guys are happy now. To my fans, keep reppin me, do it til da death of me, in the box- cuzain’t nobody checkin me. Love you for LIFE”.

After the Barbz started freaking out, Nicki amended her announcement:

I’m still right here. Still madly in love with you guys & you know that. In hindsight, this should’ve been a Queen Radio discussion & it will be. I promise u guys will be happy. No guests, just us talking about everything. The tweet was abrupt & insensitive, I apologize babe ♥️🙏 https://t.co/eS0oHipwtg

Since Queen Radio is always spicy or at the very least totally fascinating, especially the past two episodes, 14 and 15, where she doubled down on her love, devotion and desire to start a family with her partner and childhood boyfriend Kenneth Petty, and dragged Joe Budden and other industry people who have attempted to derail her 12-year solo rap career, respectively.

While the Barbz immediately began memorializing Minaj, posting throwbacks, favourite verses, performances or moments, many were stating the obvious: this retirement may not be genuine, Nicki may be pregnant/planning a pregnancy (as she has hinted recently and alluded to in the tweet), or that she’s doing it for attention. To me, as a thorough and unflinching Barb from the beginning, it doesn’t matter. In less than 24 hours, Nicki has shifted the ongoing narrative that has hung over her career in the past two years.

As much as I disagree with the Cardi B comparisons, and as tired as the trope that compares two totally different rappers, it’s the cards we have been dealt. Also, a year ago the two actually fought at a New York Fashion Week party, and both of them followed that up with a lot to say to each other through social media, followed by a truce that no one believed. Since the NYFW fight-and mostly avoiding mentioning Cardi by name-Nicki has been outspoken about not getting credited for being a true lyricist, not getting the respect she deserves from the music industry and the media, and none of that changing the fact that she is not only the blueprint for many of the women in rap today, but she’s also the reigning queen. I agree.

But a quick note on “Motorsport”, the Migos song that features both Nicki and Cardi and supposedly the source of the conflict -many people thought that Nicki and Cardi wtrading shots with each other on that track and, sure, though I don’t remember a huge fuss in 2004 when there were rumours that T.I and Ludacris were sending such vicious shots at each other on Young Buck’s track “Stomp” to the extent that TI’s verse did not appear on the final version of Buck’s debut album, Straight Outta Cashville. Instead, a verse by the Game appeared. But, men I guess. Even with huge distinctions like their different styles of rapping and rumours of Cardi not writing her music, the comparisons seemed to never end; they’re both from New York, they’re women, and they are outspoken. To have those few similarities paint their music is lazy.

Cardi’s commercial success cannot be ignored though, and similarly to when Lil Kim and Nicki fell out over Kim’s anger toward Nicki for not paying homage when she exploded on the rap and pop charts, we have had to witness this awkward beef, fueled by a combination of both women and their rabid fan bases.

But yesterday wasn’t about Cardi or Lil Kim- this moment belongs to Nicki alone. Is she really retiring? Hip-hop fans know that most of our favourite artists return for another lap after announcing a retirement. Like most of the industry, the majority of these people are men. Jay-Z’s 2003 retirement announcement along with his 8th (and definitely not last) studio album,The Black Album, comes to mind. Jay may have meant it at the time around but he also revived his musical career multiple times and has been rewarded for it. And the music he released after that retirement has had its ups and downs. There are lukewarm albums, but also Watch the Throne, the masterpiece he made with Kanye West in 2011, and an entire catalogue of music either with or apologizing to Beyoncé. And apart from the music, he has become a music executive, billionaire and alleged future (hypocrite) owner of an NFL team.

p> It’s not a stretch to compare Jay-Z and Nicki Minaj; both artists have shown a mutual respect and even ability to spit together - it was Nicki’s verse on Kanye West’s 2010 single “Monster” (alongside great verses from Kanye, Jay-Z and Rick Ross) that not only fueled Nicki’s commercial success but provided massive credibility in hip-hop. Quite frankly, I don’t respect anyone that doesn’t have that verse memorized. Even Adele understood this moment.

Nicki’s retirement announcement forces us to take an honest look at her catalogue, without noise. Her career deserves genuine analysis on its own. Before even getting into her four massively successful studio albums, we have to acknowledge her strong guest verses on various hip-hop and R&B superstars’ tracks in the past 12 years, literally too many to name. These cameos continue to garner as much or more attention and sales than some singles on her studio albums. I’ve always loved that version of Nicki, and it’s always reminded me of her mixtape roots; her 2009 hit “Itty Bitty Piggy” from her Beam Me Up Scotty mixtape was a moment.

Much to my delight, Nicki expounded on this, and explained the differences between her in “original song mode vs freestyle mode” on Episode 14 of Queen Radio, saying, in part:

“I overthink myself on my albums...on features I have fun. People were introduced to me from freestyles… (which were over) songs you already knew…”

Knowing that the serious Barbz crave the fun version of Nicki, she assured us that she hears us loud and clear.

Nicki can’t be discussed without looking at the label that brought her to the mainstream (Young Money), and the rapper responsible- Lil Wayne. Around 2009, Wayne presented us with an undeniable part of his already incredible legacy in hip-hop: his protégés and Young Money Record artists Drake and Nicki Minaj. At that time, Nicki and Drake were known and successful in hip-hop circles but nowhere near the untouchable status both have achieved today, and their relationship with Wayne remains intact. The three have worked together on countless songs, but I still have a distinct memory of the “Bedrock” video introducing Nicki and Drake (which featured a pre-Kylie Tyga that actually wanted to be in Young Money).

On commercial hits in her album catalogue, I rarely bother to choose favourites, but standouts include:

“Truffle Butter”, a track featuring Nicki, Drake, and Lil Wayne on Nicki’s 2014 album The Pinkprint let us hear them all working together as they are all at the top of their careers. Also on The Pinkprint, “Anaconda”, song, video, and big butt movement that sparked conversations, debates, lost MTV awards and brought about a longstanding beef with Miley Cyrus. I’m one of the few Barbz who believes last year’s Queen is Nicki’s best album. Queen gave us "Barbie Dreams", "LLC", and "Majesty", a much gentler version of Eminem than his super violent verses on "Roman’s Revenge" from Pink Friday. Also on Pink Friday: Roman Reloaded there’s the iconic “Stupid Hoe” which was somewhat panned but I love. Today, I even love Nicki songs that I used to dislike, like “Superbass”.

The point is - Nicki’s announcement might be a stunt but if it results in more conversations like this about her impact and her place in hip-hop and an appreciative of her influence, maybe that’s the stunt she wanted to play. And if she drops a new album before the end of the year or never again, whatever, still...long live the Queen. 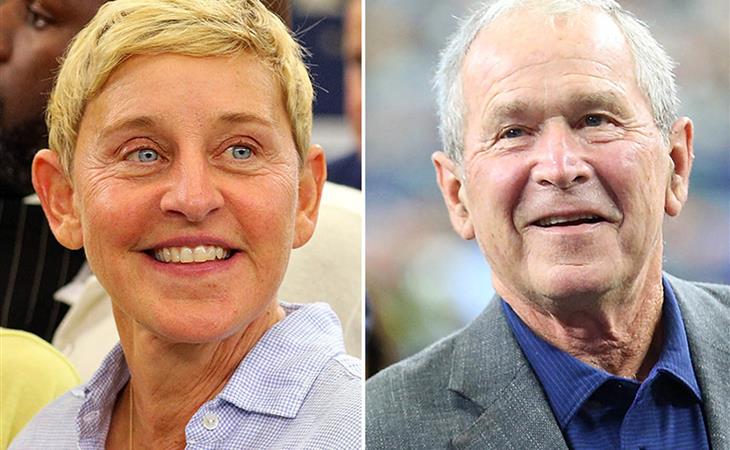