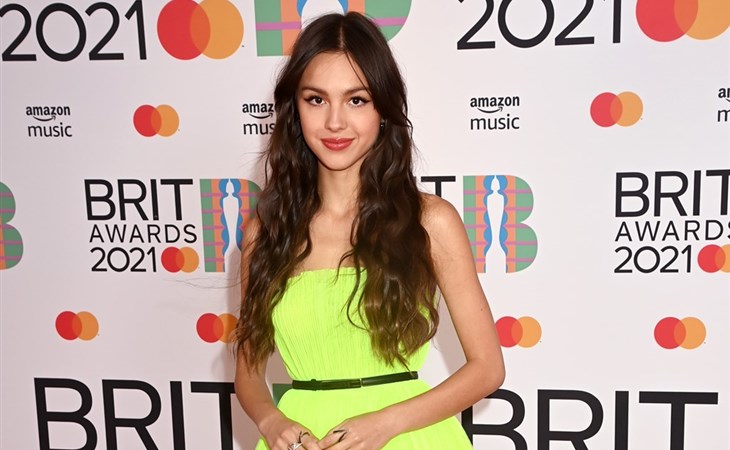 As Lainey mentioned yesterday, the September issues are rolling now. GQ has The Weekend on the cover but also a feature inside the magazine on Olivia Rodrigo, one of the biggest emerging artists we’ve seen this year. Olivia’s album, SOUR, dropped in May after her single “driver’s license” got big on TikTok, and eventually the charts. Since the album dropped, she’s kept busy making her SOUR Prom come to life, and hanging out with U.S. President, Joe Biden (please get your vaccines!). This is her first big magazine feature.

The interview covered the basics anyone would ask a budding star: handling fame, meeting new peers, and where she gets her inspiration for her music. Olivia also talked about how surprised she was to learn that her songs connected across demographics:

“I just think that speaks to the universal nature of heartbreak, which was so cool. Literally the week after “Drivers License” came out, I was still on set for High School Musical and P.A.s that I never really talked to, older men, they'd come up to me and be like, “We just went through a breakup, and this song is just changing my life—this song is exactly how I feel.” I was like, “Oh, my God—that's so cool. You never confided in me before, but this is so cool that it has affected you.”

It’s also clear that she’s still in that fan-girl phase celebrities go through in the beginning of their careers:

“Inside a white frame ceremoniously sits a single printed-out tweet. Specifically, a tweet about her by Cardi B that reads: “You doing sooo good for your age. Don't let no toxic sh-t get to you and don't let nobody restrict you from your voice.”

“I honestly bawled. I literally saw it and cried,” Rodrigo says. “I was like, ‘Thanks, Cardi. I'm not going to listen to bullsh-t.’”

But while Olivia, at 18-years-old, may be new on the scene on this scale in the mainstream, she’s been in the industry for a while. Like Britney Spears, Miley Cyrus, Selena Gomez, and Demi Lovato, Olivia is a Disney child star. She hails from Disney shows Bizaardvark and High School Musical: The Musical: The Series. There are generational differences of course, since Disney stars back in Miley’s day were more integrated in traditional pop culture; kids my age, and older, only had cable television, whereas kids now have way more things to distract themselves with. Still, even though people don’t know Olivia’s characters like how we know Miley as Hannah Montana, it doesn’t take away the potential of young stars being taken advantage of. By the looks of it, Olivia has taken notes from the horrible treatment other young women have gone through while they were rising to fame, especially Britney:

“The Britney stuff was just horrific, and I've been following it very closely. I think it's just so awful. I think, as an industry, people are getting better at not taking advantage of and manipulating and bullying young women. But it's still so apparent, and I witness that too. Not near at the level that Britney has, obviously. I think that's an important paradigm that I hope that we'll be able to break in the coming generations. I've definitely seen corporate dollars be prioritized over people's mental health. That's always been something that I've been really conscious of in my own career, and I'm really lucky I'm surrounded by people who are conscious of that and conscious of my mental health being the most important thing.”

Beyond the immediate priority of actually freeing Britney, the Free Britney movement may have a legacy that goes beyond its original idol. Young celebrities like Olivia have seen the destruction that has taken place, and hopefully may now have more resources to avoid it. In the interview, Olivia spoke about how she made the conscious decision to avoid TikTok for six months while speculation about the “drivers license” love-triangle was going on. She also has a child-lock on her phone that only allows her to use social media apps for 30 minutes a day, because she says, “you’re literally not meant to know what everyone is saying about you at all times.” It’s encouraging that Olivia is trying to protect herself, but what makes her situation potentially different from past young stars is the people around her are, at least so far, on the surface, allowing her to do what she needs to. We know now that the people around Britney were not allowing her to have what she needed to be okay, and no one challenged it. In the past, stars were obligated to respond “how high?” when an executive said “jump”. Has the  public reckoning compelled those in higher positions to give more power back to the artists?

The up and coming generation of artists, like Olivia and Billie Eilish, seems to be pushing for it, demanding more professional and personal autonomy.

Olivia says that something she learned early on was “the importance of separating person versus persona.” That’s likely what helped her put the phone down instead of trying to chase away haters in the comments. Maybe that’s why it’s harder to come across Olivia haters than others, because internet trolls tend to feed off of the reaction. No reaction, less trolls.

Olivia is also aware that this ride may not last forever, and she knows it based on what I call the misogynistic-fame-clock, where women are expected to consistently reinvent themselves to stay relevant, while men can do the same thing for years and stay consistent in their success:

“I feel like men can be making music and having it be successful and popular until you're super old, but I feel like women, the second you turn 30, it's hard to keep people's attention. But hopefully I'll still be putting out music that I like, and it'll still resonate with other people.”

Olivia Rodrigo is only at the beginning of her ascent. She blew up during the pandemic, at an accelerated rate, even when the world had slowed down, so there is still so much to learn and experience, so much change ahead – including how social media changes both how celebrities engage with fame and how we engage with it too. As Olivia said herself, “You can't make art and have a good career if you're not there.” The “there” in this statement refers to being emotionally and mentally present, prioritising mental health. So her decision, so far, to remain more detached from social media than other stars her age and at her level sets her apart. But “there” is also in these times a fame centre – social media drives popularity. It will be interesting then to see how she balances both of these “theres” as she continues to navigate celebrity.

You can read the whole GQ interview with Olivia and see the photos here. 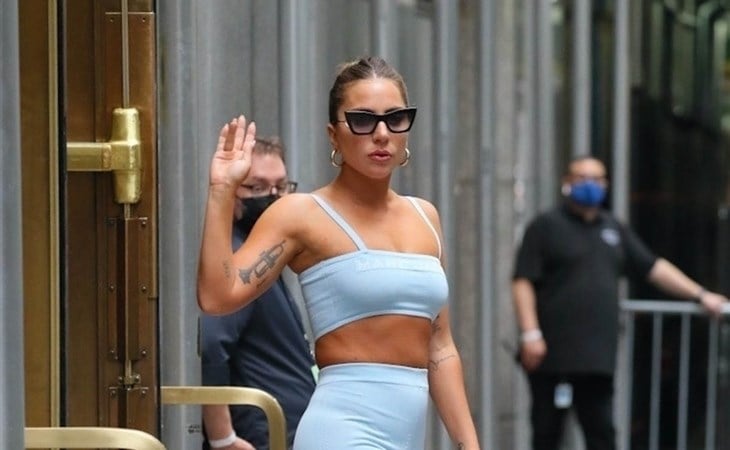