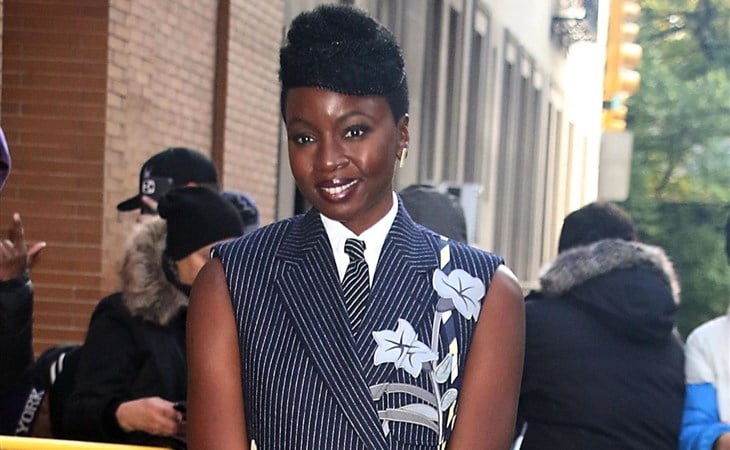 Sarah has mentioned several times the last couple of weeks how Black Panther: Wakanda Forever has stayed with her, how the film is a meditation on grief and its many faces. Same, same. And it’s like this for a lot of people who are still processing the movie, it’s been like this for the people who were directly involved in the movie, and of course, for the actors who grieved through their performances and, still, through their promotional activities.

One of the most powerful scenes in the film happens in the throne room – spoiler alert. It’s a confrontation between Queen Ramonda played by Angela Bassett and Danai Gurira’s Okoye. In her new cover interview with The Cut this week, Danai talked about the experience about being back in the throne room, and the emotions that came up unexpectedly in those moments:

“You didn’t know how and when the grief would hit you. Walking into the tribal-council room — a room from the first movie where the throne is and all the counselors sit around it — was very emotional for me, and I didn’t expect it to be. You just can’t anticipate those sorts of things because the last time we were there, it had been with him.”

The last time they had been there, in the throne room, Chadwick Boseman was the King of Wakanda. And now we find Queen Ramonda and Okoye back in the throne room, mourning T’Challa – a mother who’s lost her son and is worried about her daughter, a general has lost her leader and has failed in her mission to protect his sister. These two women are facing off against each other, deeply wounded.

This is first class acting. But it’s also inescapably real for them. Remember when the first movie came out, and people went wild over how badass Okoye is and all the memes about making her proud, like if she ever smiled at you, you know you’ve done well with your life? Well in Wakanda Forever, when Okoye cries… it’s devastating. “This scene really broke me” because it took the unimaginable to break Okoye. You feel it to your bones because of how Danai Gurira plays her. She is so f-cking good in this role. And I loved what she said in her interview with The Cut about where she relates most to to Okoye.

“As Africans, the thing that messes with us sometimes is that we will never know what we could have been had we not been colonized. That process was obstructed, and it was destroyed. We didn’t get our process. So that trauma is something we now have to navigate through to find all that we could be. That really hit me: We’ll never know. I love that Okoye is preserving what they did know. Wakanda got to do that and came to be this powerful place. I think that’s what resonates a lot with me and with a lot of Africans about Wakanda: It’s mythical, but at the same time it resonates with the idea of who we are. We have all this genius in us, but it was so obstructed and our process of our own development was also obstructed.

Okoye protects that legacy, and that, to me, was so easy to connect to. I was like, I get her. If I had something like that to protect, I would do it with everything I had. I would give my life for it. It would not be a question.”

“It would not be a question” – a remix of one of her best lines from Black Panther, as her husband, W’Kabi (Daniel Kaluuya) challenges her to choose between their love and their nation. She answers without hesitation, while pointing a spear in his face (!), “For Wakanda. Without question.”

Danai’s just given us so much insight about what that line meant to her, the character work she did to deliver that scene. It’s a great interview, highly recommend. And the fashion is amazing.

Speaking of amazing fashion though, here’s Danai wearing the Outfit of the Week yesterday at The View.

Pretty sure this is Thom Browne because the excellence in the tailoring and the precision. She always kills it in Thom Browne, and this fit is similar to the one she wore earlier this year at the Thom Browne show:

And remember in 2019 in that red Thom Browne cape?

For me it was how the black and white striped sweater poked out from the sides. Chic as F-CK. 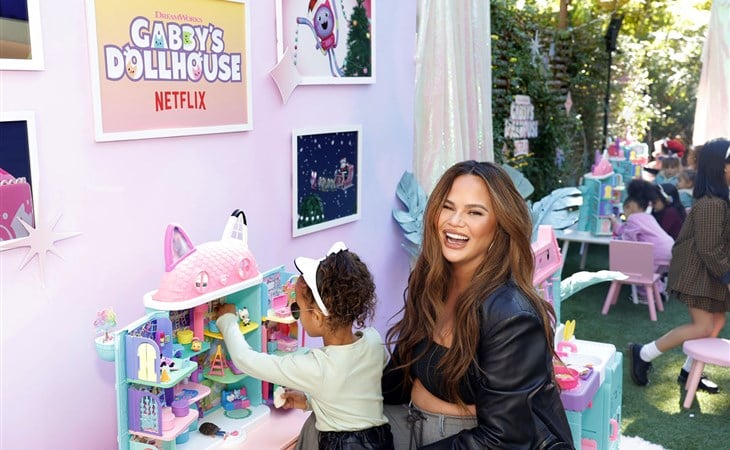 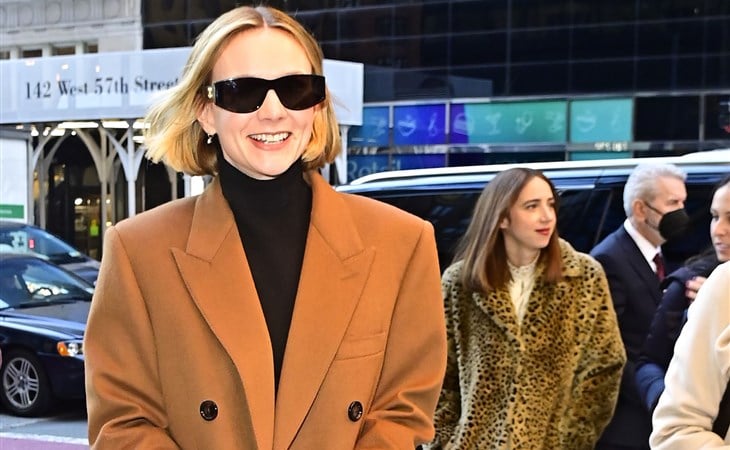 Carey Mulligan and Zoe Kazan in She Said