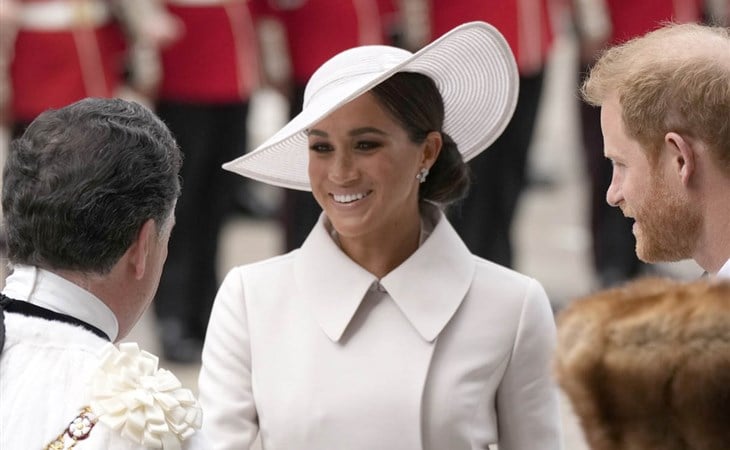 “Meghan” has been trending for hours now on social media and as far as I can see on my feeds, and your feeds might be different, that’s the only royal name that’s coming up worldwide out of Jubilee events. That is, of course, because today at St Paul’s Cathedral for the Service of Thanksgiving is the first time that Prince Harry and Meghan Markle have publicly joined so many members of the British royal family in a few years. And they were given their own moment. And of course her outfit.

Meghan is wearing everything Dior. The colour is “greige”, a trench over an organza shirt and a wool skirt with matching gloves, shoes, and hat (designed by Stephen Jones for Dior). It’s a perfect fit. The perfect choice for the occasion. I love how the “greige” tone works on this material, how buttery and rich it looks. Also the wide collar over the side-flap of the jacket, with the fastenings hidden for as minimal of an effect as possible. Everything works from every angle – and you can see from the back too the architecture created with the flap gives some visual interest without too much distraction. This may be, for me, Meghan’s finest fashion moment as a royal.

And what great timing for it. Because the Sussexes had a runway!

As you heard from the analysts in that video, given that the day was meticulously choreographed, it can’t have been an accident that Harry and Meghan arrived with a clear track down that aisle – and it’s very likely by the Queen’s design. So the takeaway here is that the Queen probably wanted her grandson and his wife to have that spotlight. Maybe even a bigger spotlight than had they been invited onto the balcony. And when Her Majesty makes you that much of a heatscore, well, of course you need the wardrobe to live up to it.

It's been a few hours now since the service ended and the only fresh gossip that’s come out since is that Harry and Meghan did not join the other royals for lunch afterwards. That should answer any questions about the relationship between Harry, Charles, and William. There’s also been speculation as to whether or not the Queen has met Lilibet. No one has confirmed it, and they wouldn’t, since that would overshadow the Jubilee overall. Lilibet’s first birthday is tomorrow and there are still a number of events taking place over the next two days, culminating with the parade on Sunday. But that appears to be the number one gossip priority right now – finding out about Lilibet and her namesake, and what else the Sussexes will be doing. 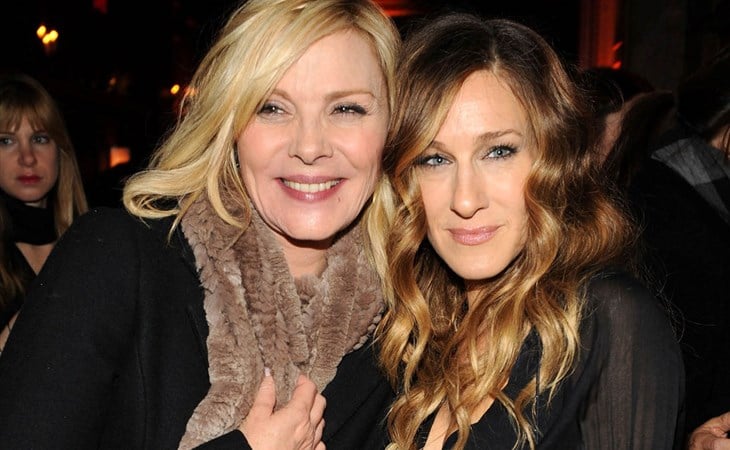 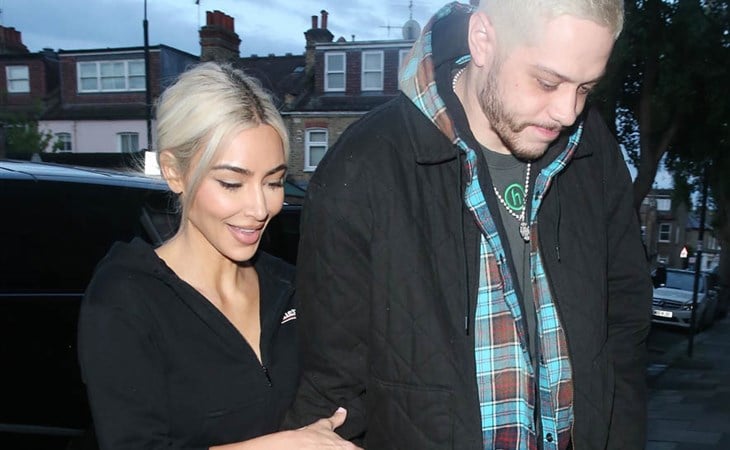