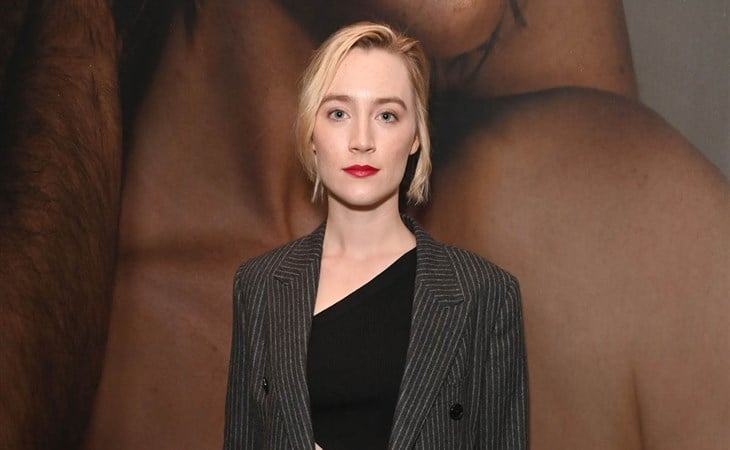 Saoirse Ronan has served us a lot of great looks over the years, so obviously this is not her first time in a great outfit. The first time here refers to her West End debut in The Tragedy of Macbeth opposite James McArdle. Here she is at press night last night.

Saoirse Ronan is a four-time Oscar nominee and she’s also worked on Broadway, but she’s never taken the stage in the UK, so you can imagine the anticipation for this. It’s a hot ticket. But wait! You don’t actually have to go to London if you want to see it.

The Tragedy of Macbeth is playing at the Almeida Theatre through November 27 but from October 27-30, five performances will be livestreamed with ticket purchase! I’ve never livestreamed a play…and I think I might try it for this one. But even though it’s a livestream, they’re still limiting how many tickets they sell because they need to make sure the connection is stable, so if you’re interested, don’t wait too long. Tickets are still available here.

To go back to Saoirse, while the reviews that I’ve read have been mixed, most agree that Saoirse’s performance as Lady Macbeth is worth the wait. And now I’m about to make the joke that I can’t resist making…

From Lady Bird to Lady Macbeth!

Sorry. But I do have a point. And my point is that Saoirse once again is flexing her range from stage to screen, and has transitioned off-screen from child actor to adult actor and onscreen from period pieces to modern stories, from drama to comedy to romance. She’s in Wes Anderson’s The French Dispatch which premieres next week and then next year, she’s in a murder mystery called See How They Run as rookie Constable Stalker alongside Inspector Stoppard, played by Sam Rockwell. Here’s the first still from the film:

Then in January, Saoirse starts work on a sci-fi thriller with LaKeith Stanfield and Paul Mescal called Foe. So she’s booked and busy…and she’s busy with a variety of projects, taking on a variety of different roles.

As for her outfit, I love this oversized pinstriped suit over… a bodysuit? Or is it a top? I’m gonna go with bodysuit but the next question is – are those cut-outs or is it the print of the bodysuit? I’m gonna go with print, since the triangle shapes are so uniform, but it’s interesting how the mind goes right to cut-outs because we’ve seen so many cut-outs the last few years, we’ve been visually conditioned. Excellent decision to style this bodysuit with the suit, though, to lean into the illusion of it as cut-outs and it works really well with that diagonal neckline too. 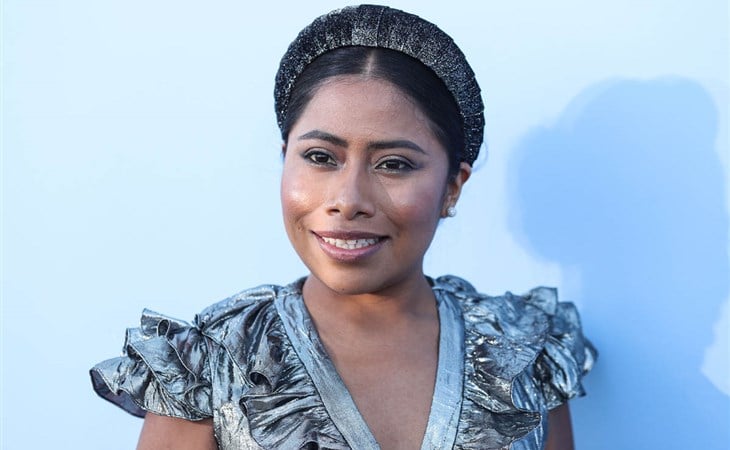