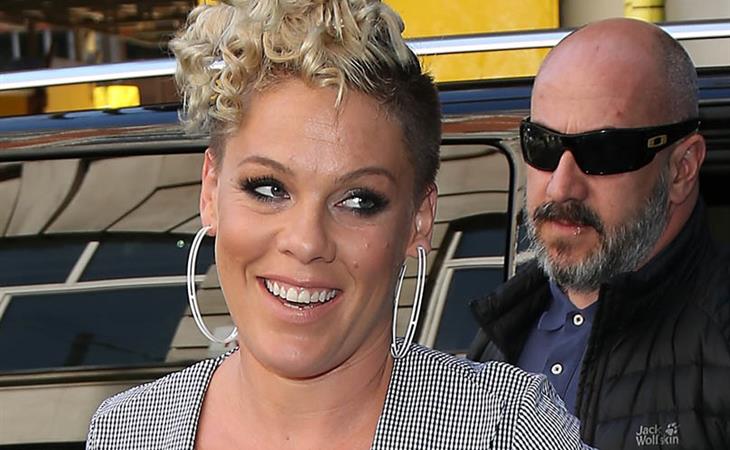 For the past five years, MTV’s Michael Jackson Video Vanguard award has gone to the following artists: Rihanna, Kanye West, Beyonce, Justin Timberlake and Britney Spears. I want you to keep the music video catalogue of each of those stars in mind when we talk about who this year’s recipient is. Pink will be accepting the Video Vanguard Award on August 27th. With all of those artists in perspective, are you now trying to gauge how Pink’s videography stacks up? To put it simply, it doesn’t. Aisha Harris at Slate posed some questions that succinctly sum up why Pink’s catalogue isn’t at the level of the others:

Do you have a favorite moment from a Pink music video? Favorite outfit? (Again, “Lady Marmalade” doesn’t count.) Wait—you’re wondering, “Who is Pink, again?”

That last line is a jab that Pink might not deserve since her musical talent is undeniable. We all know who Pink is. Pink’s debut album Can’t Take Me Home came out when I was 13 years old. I was at that age when anything on the top of the charts was my whole sh-t and I was too young to be suspicious of a white girl who was clearly being marketed in a way that appropriated black culture. I LOVED Pink’s first album. I still know every word off by heart. I stayed with Pink after she shed the R&B façade and admitted that her first album was essentially a product of record label manipulation. I loved Missundaztood (why is it spelled like this?) and even after I stopped buying her albums and turned into just a casual fan, I still f-cked all of her pop singles. Admit it: she’s got some HITS.

When Get The Party Started or Raise Your Glass come on at a bar at 1am, you’re singing along. You’ve seen her fly around on a trapeze at awards show after awards show. Pink’s talent for consistently delivering solid pop songs and memorable performances may be taken for granted. Billboard called her an “underrated juggernaut” this week.  I don’t disagree. Pink may deserve more respect as a socially-conscious pop star and songwriter but…does she deserve to be recognized for her videography?

I put Pink in the same class as Kelly Clarkson, a respected vocalist who gave us some of the best pop hits of the ‘00s and will probably continue to provide good music for the rest of her career, but would anyone ever think to give Kelly a Video Vanguard Award? Nope.

Pink’s videos are not bad. They are good. They are solid. They are not, however, iconic. I did a deep dive into Pink’s videography when I first saw the headlines that she would be joining an esteemed club that includes David Bowie, Madonna, Janet Jackson and George f-cking Michael. I can barely remember images from Pink’s most famous videos. Immediately, Don’t Let Me Get Me came to mind because I remember her calling out LA Reid with a lookalike in the video.


Is anything in that video as memorable as, say, Britney’s red leather catsuit in Oops, I Did it Again? Is there anything in Get The Party Started that is worthy of being in the same sentence when it comes to cultural impact as Beyoncé’s Single Ladies?

Then, I vaguely remembered an image of Pink sitting in front of an elephant. That’s from the Just Like A Pill video.

Is there a single frame in that video that’s as memorable as Justin Timberlake sliding through his ex’s house in Cry Me A River? Even though we’re done with JT (#NeverForget), that video is ICONIC. I keep repeating that word because the Michael Jackson Video Vanguard Award should be reserved for icons. Missy Elliott, an ICON, who has produced some of the most mind-bending, creative music videos OF ALL TIME has yet to win this award. Lady Gaga has yet to win this award. And Gaga, no matter how you feel about her personally or musically, has made music videos that became MOMENTS in pop culture. I can give you a play-by-play of every frame of the Bad Romance video. And Telephone. And Born This Way. When Lady Gaga releases a new music video, it’s an event.

Pink released a new music video yesterday. It’s for her song What About Us. Again, it’s a good video. I appreciate the sentiment. The message behind the song reminded me of one of my favourite Pink deep cuts, Dear Mr. President, which I just wept at my desk listening to. It’s been a week. But will What About Us stand the test of time? Are we going to look back on this video in 10 years? Are we even going to remember it next year?

Are all of you Pink stans yelling at me yet? (Lainey: our site manager, Emily, is a Pink stan. She and Kathleen are close. I don’t know what’s going to happen to the family.)

Attached - Pink promoting What About Us in London yesterday. 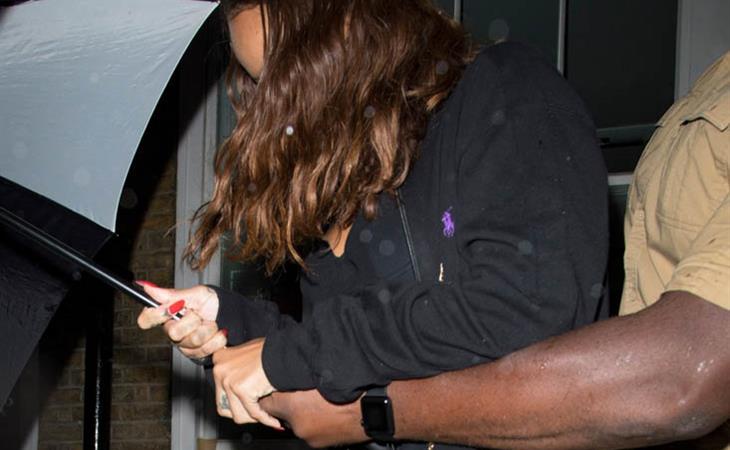 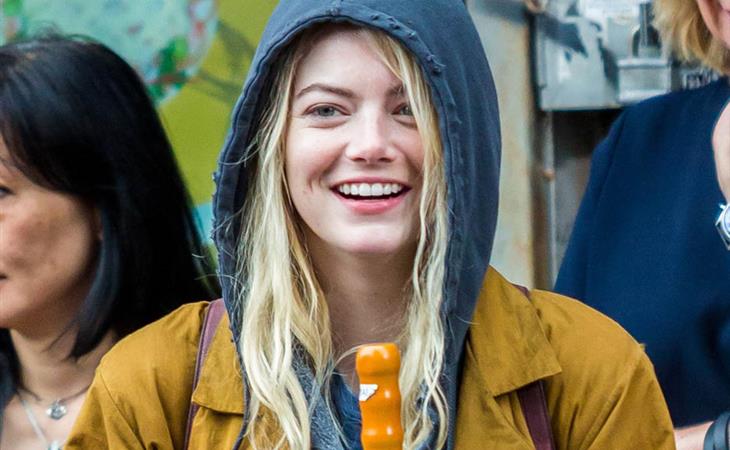