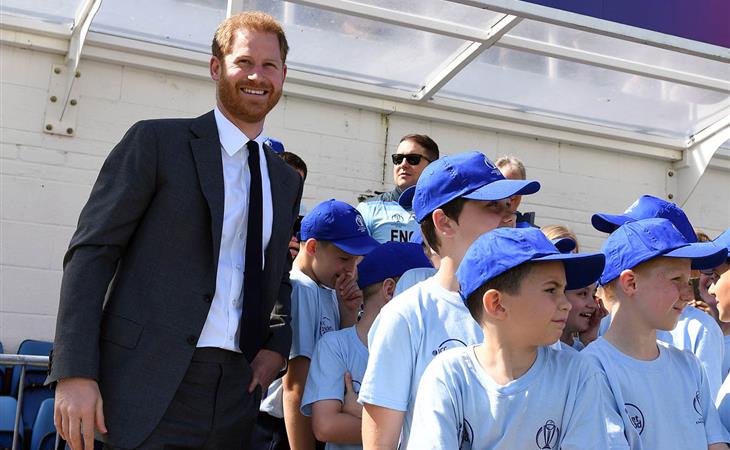 Prince Harry attended two events yesterday – first he joined Queen Elizabeth at Buckingham Palace to meet with the ICC Cricket World Cup team and then they went outside for the Garden Party. Harry and Meghan Markle attended the Garden Party last year shortly after their wedding. Meghan, of course, is currently on maternity leave, at home with Archie Harrison Mountbatten-Windsor.

Today Harry was at the opening match of the ICC Cricket World Cup between England and South Africa, speaking at the ceremony and hanging out with the kids to encourage participation in the sport. It was a delight, as always on both sides. The youth were excited to meet him and he was excited to be with them.

As for when we might next see Meghan, most people think she’ll step out for Trooping the Colour – it’s next Saturday, less than 10 days away. For now though, can we talk about the House Sussex Instagram? Because it’s been active the last couple of days with all of Harry’s appearances. And, as we’ve seen, especially with Archie’s arrival and the rollout of the announcement and the outstanding strategy that was in place when he was born, Meghan’s social media game is first class – but maybe her team, the people who are managing the Sussex IG while Meghan’s with Archie, needs to catch up to her?

For example, in the post about the Garden Party, the Sussex Instagram post highlighted the members of Meghan’s four patronages invited to the event: Mayhew, The Association of Commonwealth Universities, Smart Works, and The National Theatre. Note though that the National Theatre has been tagged @thenationaltheatre:

That’s not actually the National Theatre’s IG, or at least not the one that Meghan is officially connected to. They’ve just linked to The National Theatre Melbourne which, of course, is also contributing to the arts, in Melbourne, but they’re not one of the Duchess of Sussex’s patronages.

It’s a little sloppy. And, at the time of this writing, it still hasn’t been changed.

I have some other questions about spelling. Does House Sussex use “z” instead of “s”? In North America, “z” is the standard (“realize” instead of “realise”) but since House Sussex is based in the UK, should they use “s” instead? Or is this the official House Sussex style? (If you’ve been a regular reader of this site over the years, you may have observed that I use “s” over “z” because that’s how it was at my school when I learned how to spell and I can’t shake it. Every other writer here at LaineyGossip uses “z” though and I’ve deliberately not insisted on a standardisation – ha, there it is – because I like the distinction and individualisation between writers.)

Also, some minor grammar matters which, I mean, everywhere else, I guess, who cares, and certainly here at LaineyGossip we have our fair share of them – but these are royal people, with royal expectations; their whole sh-t is supposed to be elevated. So this sentence, for example, in the Garden Party post:

Today, The Duke of Sussex met with several guests including those that he and The Duchess extended a personal invitation to based on their extensive work in the community.

An improvement would be “met with several guests including those WHO he and The Duchess extended a personal invitation to…” and some might get even more technical and improve it even further like this:

“The Duke of Sussex met with several guests including those TO WHOM he and The Duchess extended a personal invitation based on their extensive work in the community.”

Maybe also not use both “extended” and “extensive”? But that’s just a style preference.
These are just a couple of examples. If you wanted to, you could mark up a lot more. Perhaps it doesn’t matter? Probably, for most of you, it doesn’t matter. Harry and Meghan are, together, doing awesome work. They’re great ambassadors. They’re great together. They’re going to get even better. All of that is true. Who gives a sh-t then about grammar? Or… since they want to get better and maybe, maybe that should be one of the things their team could work on to be better? Do you care or don’t you? Let me know! 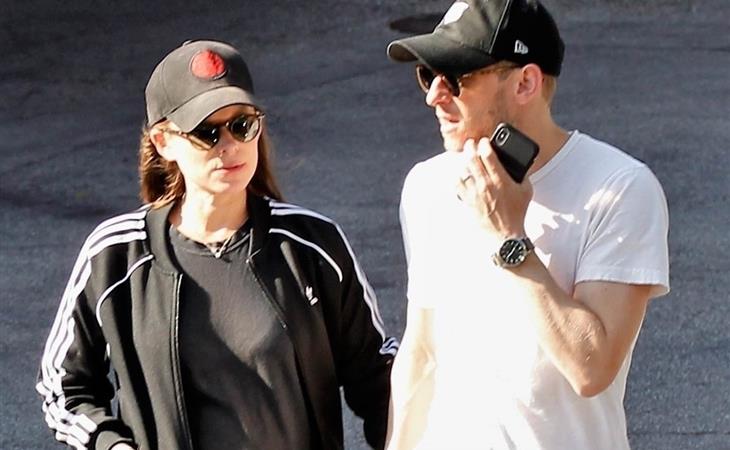 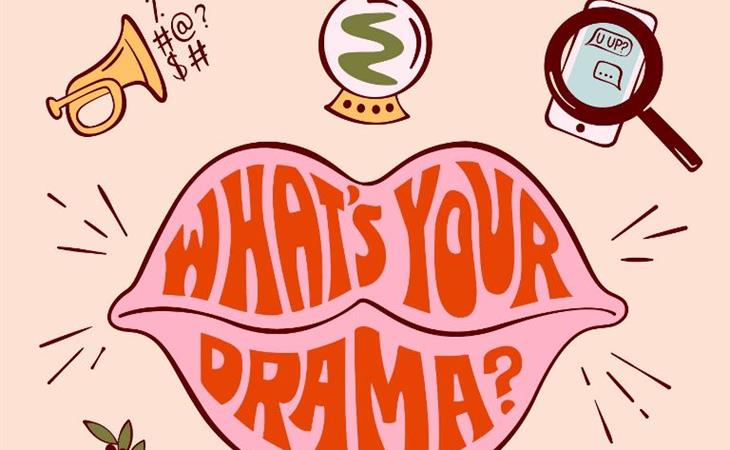