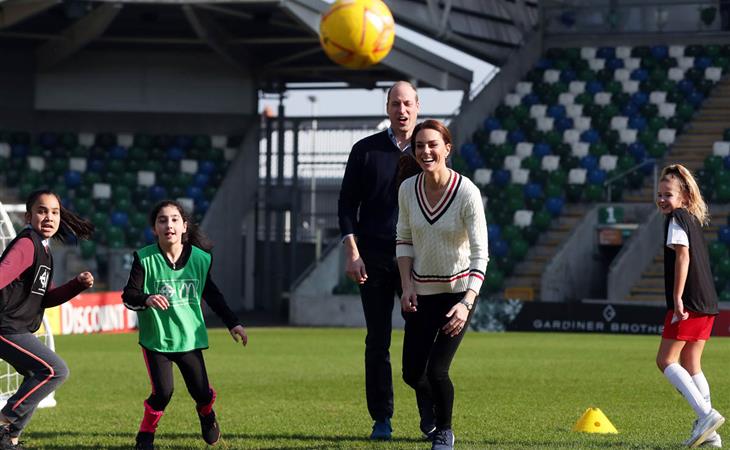 Sporty Will and Kate

Prince William and Catherine are in Northern Ireland for the next two days. It was a previously unannounced trip, for security reasons. So right after the Sussexes’ mini tour to Morocco, the Cambridges are now front and centre, keeping the young royals in the headlines.

Kate arrived in Belfast in a red Carolina Herrera coat over black jeans and the black booties she’s put into rotation. Practical wardrobe choice because she kept the jeans on and changed into sneakers to kick the ball around on the pitch to join the Irish Football Association’s Shooting Stars programme which encourages girls to participate in the sport.

⚽ The Duke and Duchess of Cambridge join children involved in the @OfficialIrishFA's grassroots programmes for a kickabout at @NorthernIreland's Windsor Park. #RoyalVisitNI pic.twitter.com/ya242qCXyX

For as long as the public has known her, Kate has always been athletic and she looks comfortable out there, running around with the kids – actually they both seemed pretty relaxed today, laughing with the youth and Will telling dad jokes:

I’ve asked this question before – does it seem like the Cambridges are much more animated these days? Since Kate’s return from maternity leave last year? The way I’m reading it, the more casual and tactile Harry and Meghan are together, it’s almost like they’re loosening up the space and Will and Kate have been able to step into that. Not that this is any competition either. In fact, it can actually be quite coordinated. You send Harry and Meghan out to try out new approaches, to start getting people acclimated to a different kind of royal presentation, because as the heir and future king, William isn’t in a position to experiment or conduct the research, if you will. He can, however, benefit from the findings. And that’s actually part of Harry’s job. As a royal, his priority is to protect the monarchy. His brother is the monarchy, the future of the monarchy. Therefore Harry has a duty to support the security of his brother’s  claim, and part of that duty involves ensuring William’s popularity. Harry and Meghan have found a way to relate to a younger generation, providing Will with a blueprint for how he and Kate can achieve the same. It’s potentially a very effective long-term strategy, even with separate households – if appreciation is exchanged on both sides. 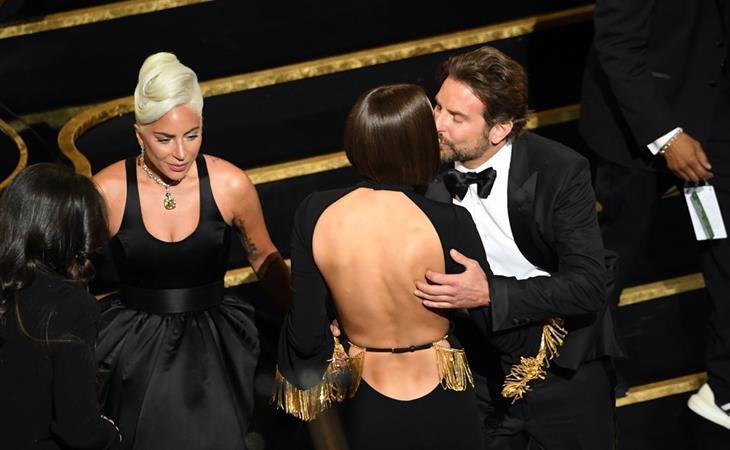