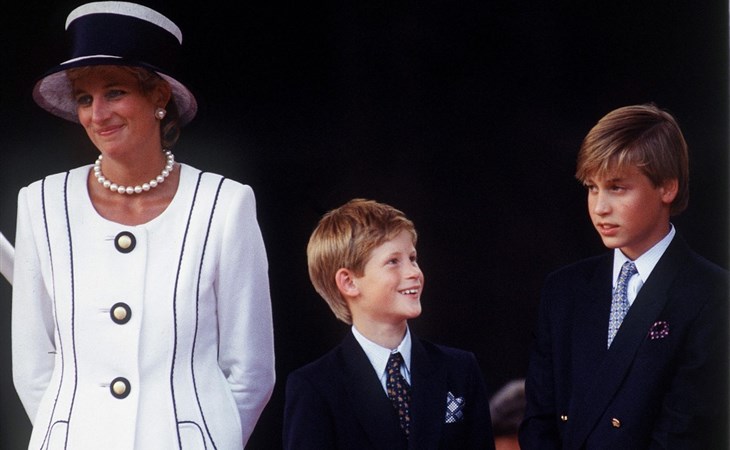 Diana, William, and Harry: Past and Present

Man, what a collision of royal news the last 24 hours, all of it connected and complicated, with the past coming back to haunt the present and the present folding itself into the past. Let’s start there with the release of the Dyson report that found that Martin Bashir lied to Princess Diana, repeatedly, to get her to participate in the now infamous Panorama interview on BBC and then the BBC covering it up. Which means that what she said in the interview was influenced by the shady circumstances that led to her agreeing to it. And many are drawing a direct line between that interview and its fallout to decisions that were made in its aftermath.

No doubt, the Martin Bashir and the BBC were disgusting in their deception of Diana, there is no debate here. But if we’re talking about the media mishandling of Diana and her situation, it can’t just stop at Bashir and the BBC… and yet that seems to be one of the emerging narratives. That since the BBC has acknowledged their wrongdoings and failings, it absolves the other members of the UK press, the paparazzi, and even the public of the f-cksh-t that was going on at the time. As Marina Hyde writes today in The Guardian this is exactly what’s happening in England right now, with outlets like the Daily Mail and the Sun blasting the BBC but conveniently forgetting that their own relentless coverage and pursuit of Diana was undoubtedly a contributing factor to her misery.

“Alas, we will spend the next few days hearing of the BBC’s shame from some of the most shameless hypocrites in human history. The tabloids may not like Prince Harry’s reincarnation as a super-rich Californian wellness bore, but it does have the moral edge over pulling people’s medical records and hacking the phones of murdered 13-year-old girls.

But of course, few have rewritten their own history more than Fleet Street’s Diana-watchers. The overnight timing of the Paris crash meant the early editions of the Sunday papers had already been printed and contained, as usual, large amounts of unfavourable stuff about whatever else Diana had been up to the previous week. “Troubled Prince William will today demand that his mother Princess Diana dump her playboy lover”, ran an exclusive by the News of the World’s Clive Goodman, who probably scraped it from the “troubled” schoolboy’s phone. There were acres in similar vein across the titles. “The Princess, I fear,” feared the Sunday Mirror’s Carole Malone, “suffers from the ‘Open Gob Before Brain Engages’ syndrome – a condition which afflicts the trivial and the brain dead.” When Diana’s death was announced, the reverse ferrets were so total that it’s genuinely quite a surprise the Sunday Mirror didn’t next week salute itself as “the paper that broke the tragic news Di was brain dead”.”

In response to the Dyson report’s findings, both Prince William and Prince Harry have released statements. Here’s Prince William’s:

Prince William has written a statement on the #DysonReport, condemning â€œthe deceitful way the interview was obtained substantially influenced what my mother said.â€ He adds that @BBCPanorama â€œestablished a false narrativeâ€ and â€œshould never be aired again.â€ pic.twitter.com/LxJvlEPz9Z

What William is suggesting here is that from a journalistic perspective, all reporting resulting from the Panaroma interview should be considered like fruit of the poison tree in the legal world relating directly to how the royal family has been perceived to have treated Princess Diana. And that’s where the past and the present are connected.

Because this has been the royal family concern for months now, especially after season four of The Crown came out on Netflix back in November, kicking up renewed criticism of the royal family for how they alienated Diana and left her out to dry. Remember how the tabloids attacked Netflix, remember how one after another, royal “experts” were trotted out in defence of the royal family, trying to restore the reputations of the Queen and Prince Charles – because it was a legitimate concern for the Firm that anti-royal sentiment associated with Diana would have an impact on Charles’s imminent monarchy. Especially since, well, in the present, Prince Harry keeps talking about “history repeating itself”, deliberately linking what happened to his mother to what’s happening to his wife.

So there’s more at play here than simply dragging the BBC and Martin Bashir. Any major headline about Diana is a concern for the royal family since it revisits all the details that come up with Diana’s experience. And just because the BBC and Bashir were sinister in how they approached Diana, it doesn’t mean that Diana’s trauma didn’t also include how she was being managed, or mismanaged, by the royal institution – although that might be the angle that William is leaning on. Is this the family strategy?

Note the difference between William’s statement and Harry’s:

Prince Harry has commented on the outcome of Dysonâ€™s investigation, thanking those â€œwho have taken some form of accountabilityâ€ but adds that â€œpractices like these. . . are still widespread today. Then, and now, itâ€™s bigger than one outlet, one network, or one publication.â€ pic.twitter.com/L9tpzpC1ce

Harry’s position is different – and you’ll note his use of pronouns is different from his brother’s too. William is speaking in first person, representing only himself, while Harry uses “our” right off the top and then changes to first person when he says that he’s concerned that the same nefarious practices that oppressed his mother are continuing today. Harry contends that the Dyson report on the BBC and Martin Bashir, while appreciated, is not a complete accounting of why his mother was relentlessly harassed by the British media and should not absolve other actors from their contributions to her struggles. If William has an agenda then, it’s to jump off the Dyson report to protect the Firm, and to minimise other factors (within his own company) that led to Diana’s pain. By contrast, if Harry has an agenda, it is to jump off the Dyson report to put EVEN MORE heat on the media tactics that traumatised his mother and that continue to traumatise him and Meghan Markle. Don’t sleep on this contrast and how it might play in the days, weeks, and months to come.

Particularly since, while all this is going on around the Dyson report, The Me You Can’t See, the docuseries that Harry co-produced with Oprah Winfrey, just dropped on Apple – and it features Harry speaking at length, over several episodes, about his mental health and getting therapy to confront and work out all the sh-t that he’d been holding in from his childhood and adolescence… much of it related to the loss of his mother. And, once again, as he did during the Television Event of the Year a couple of months ago, Harry is making the comparison between how his mother was ruthlessly attacked by the tabloids and the British tabloids’ attack on Meghan. Most worryingly, though, for the royal family, is that he doubles down on the assertion that despite the fact that the royals had been through it with Diana, all the fake reporting, all the cruelty from the media, they didn’t learn from that tragedy and refused to help him and Meghan.

"I thought my family would help, but every single ask, request, warning, whatever, it is just got met with total silence, total neglect.”

This is one of the biggest headlines today coming out of coverage for The Me You Can’t See and while of course the purpose of the series is to encourage more people to prioritise mental health and for all of us broadly to understand that the mental health crisis is one of the great challenges of our time, for the British royal family, this is the takeaway, this is a major problem. Because with all this renewed attention on Diana and how the BBC and Martin Bashir f-cked her over, a lot of people are going to be thinking about who supported her during those dark times – and it certainly wasn’t the royals. And now Harry’s slamming that point home. For those who will be streaming The Me You Can’t See in the coming days, all of this will be fresh in their minds. So, once again, the inner workings of the British royal family, and their epic family dysfunction, is back in the spotlight.

More on Harry’s revelations in The Me You Can’t See next week when we’ve all had a chance to binge it. 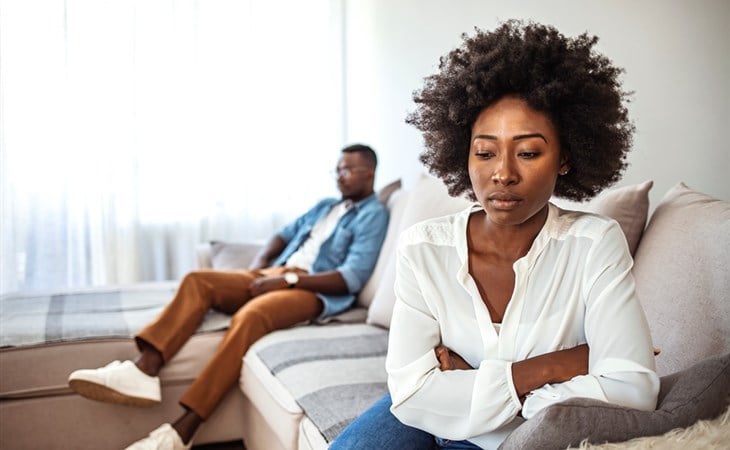 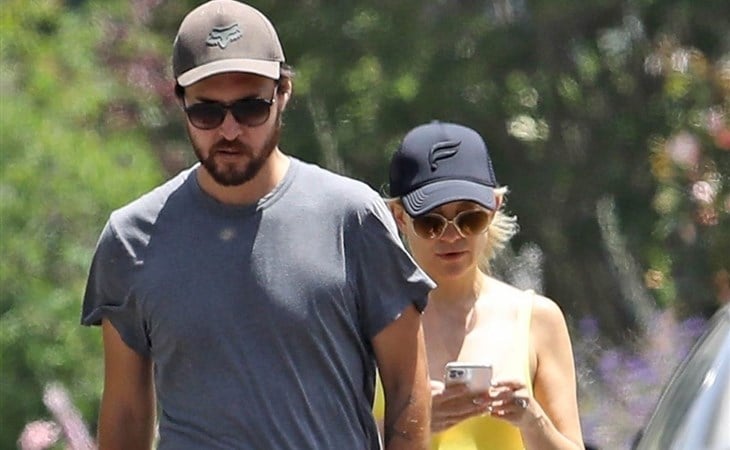 Kate Hudson ALSO has her Knives Out