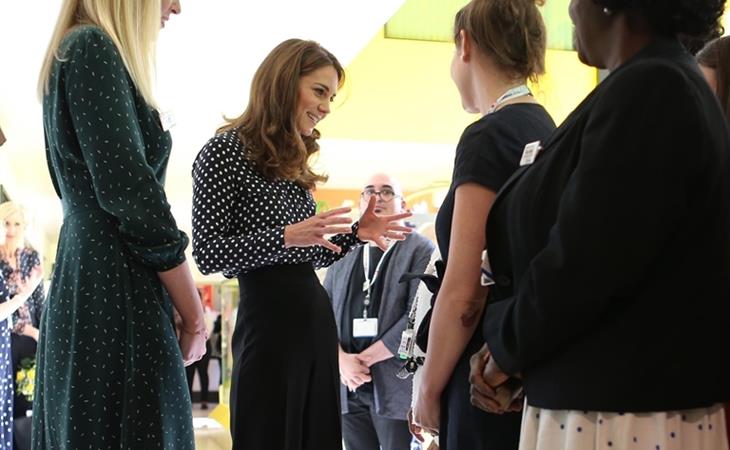 I think…this is a story about UFOs. That they’re real? And a celebrity discovered them? Like a retired rock star? Is that right? I’m doubting my comprehension because it’s been a f-cked up 24 hours here in Canada as a political scandal just exploded in our Prime Minister’s (black)face. Not once, not twice, but three times. So far. Will there be more? I work for a broadcaster so today has been a lot. So much so that, again, when I read this headline about UFOs, I was like…yep, that sounds about right. (Dlisted)

Katy Cambridge is trying out a new pants fit. I like it on her. It’s almost a culotte. Is she inching towards a culotte? Princess Diana used to wear culottes. And, as mentioned the other day, culottes are having a moment. She’d actually look really good in a classic culotte look – under a blazer, pussy bow blouse. The only problem would be her footwear. As usual. (Cele|bitchy)

Speaking of Kate and her fashion, one of her favourite designers, Emilia Wickstead, presented at London Fashion Week and there’s really not much in the collection that I could see on Kate except for the most basic dress – it’s the one that’s violet, strapless. Also maybe the red dress with the puffy sleeves, without the black sequined harness. Maybe. The sleeves would scare her. (Go Fug Yourself)

OMG it’s exactly what we need! Dogs! Look at that sweetie jumping for joy because she’s on a walk. And the one training to be an assisted living companion? I CRIED. And then I laughed uncontrollably at the one in the Chucky costume. This, I think, will be my new self-care for the next 24 hours. (Pajiba)

Holy sh-t, more self-care. Lindsay Zoladz’s piece on the 30th anniversary of Janet Jackson’s Rhythm Nation! She is a pioneer. She is one of the greatest. She was done dirty by a f-ckboy with ringlets who ran away and left her for dead. #NeverForget (The Ringer)