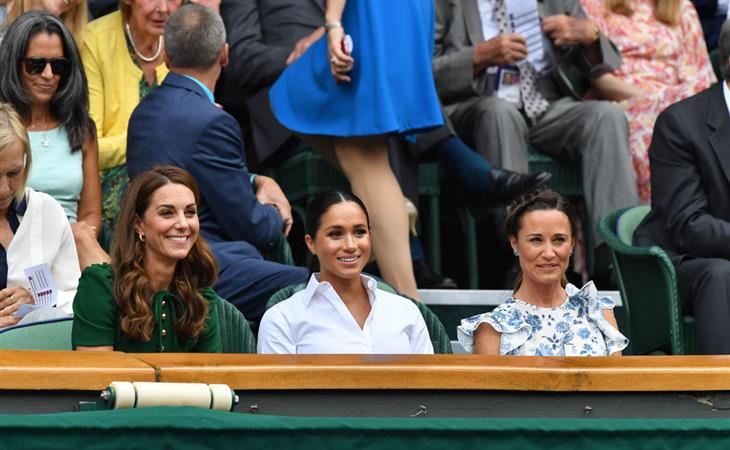 Big weekend for Meghan Markle. Let’s go in chronological order and split up her two appearances so we can give proper weight to each, and by giving proper weight, I mean giving Beyoncé as much space as possible. I’m not taking any sh-t from the BeyHive today for any perceived insult to our Queen by putting her in the same post as Pippa Middleton.

So we begin on Saturday, at Wimbledon, the women’s final featuring Serena Williams and Simona Halep, with Simona (who played lights out, good for her) taking the title. Princess Kate and Royal Meghan were there last year too on this day, seated in the royal box. This year Pippa came along and they looked like they all got on well, big smiles on their faces, sharing warm asides with each other, turning back to talk to Martina Navratilova, so here we are, twice in one week, Meghan and Kate are rebuilding the connection between House Sussex and House Cambridge with matching posts on Instagram:

Note the wording on the Sussex post as it says that Meghan “accompanied” Kate, Wimbledon patron, to the match, showing deference to her sister-in-law. Which is the thing that haters are always on about, whether or not she observes the dynamics in the family. Well, she’s observing it here – are the British tabloids acknowledging it? Of course not. They chose instead to note the following in the Daily Mail: How can they deny that they clearly have it up their ass with her when they’re nitpicking on how she f-cking claps?!?

As for whether or not royals should “remain neutral” at these kinds of events, this tweet sums it up:

Duchess Meghan Markle: Goes to Wimbledon and claps for Serena

British press: Why is she "clapping so vigorously". Does she not know that royals are supposed to "remain neutral" at such events? Is this our Modern Princess? We think not

That was Prince William losing his sh-t a couple of months ago when Aston Villa, his favourite team, was promoted back to the Premier League after beating Derby County. William, remember, is the President of the Football Association. Nobody is dragging him for how excited he is, he’s been an Aston Villa fan since he was young. But if anyone should “remain neutral”, wouldn’t it be the f-cking PRESIDENT OF THE LEAGUE!? There was no mention of having to “remaining neutral” when the Daily Mail posted about it afterwards. And there shouldn’t be. He’s allowed to cheer and to participate. But if he’s not being called out for it, then why is Meghan? For months now the British press are insisting they don’t have a bias. Really though? Don’t they?

But Wimbledon, of course, wasn’t the highlight of Meghan’s weekend. And whatever sh-t they’re throwing at her over her “vigorous clapping” is no match, not when she was blessed by the Queen. Meghan knew she had an ace to play. That’s coming up next post. 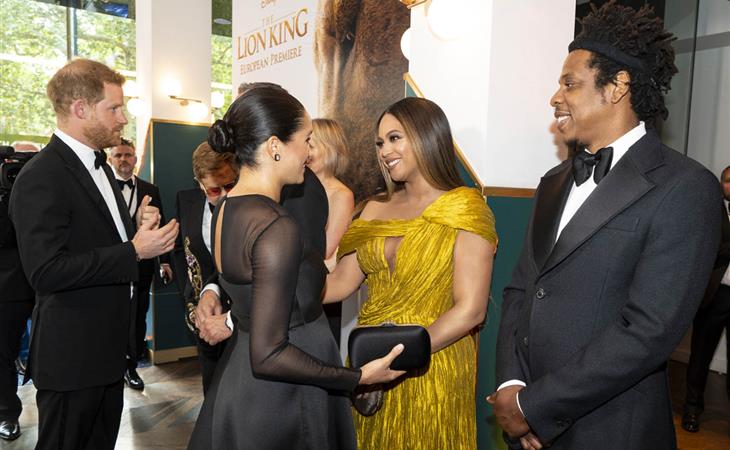 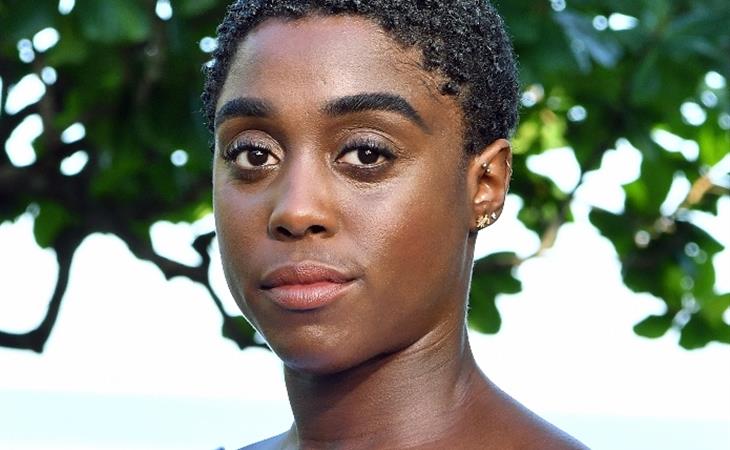