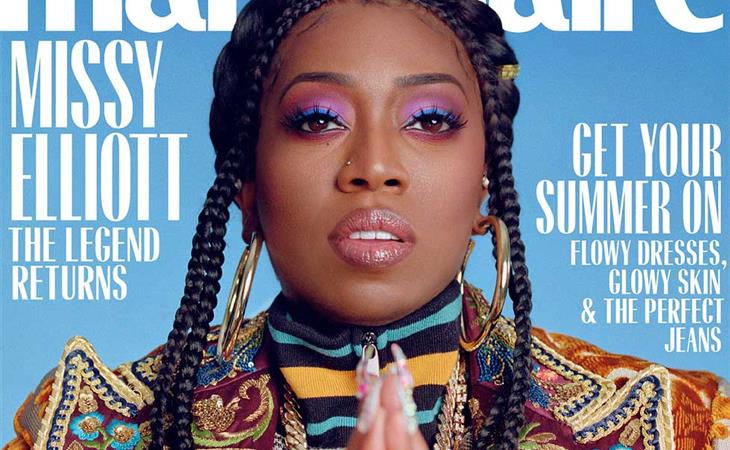 This week, Marie Claire profiled living legend and prolific hit-maker, Missy Elliott. Missy remains a pioneer in the industry, a hip-hop and R&B icon for over 20 years. Winner of 4 Grammys (nominated for 22), and having sold 30 million records, any discussion of Missy starts with where she sits, on top of the hip-hop world, solidly on anyone’s top 5 or top 10 lists. Her unique and timeless sound is both refreshing and nostalgic. And like the male performer-producers in the industry, Diddy, Pharrell, Kanye West and Dr. Dre, she is still making music (Dr. Dre emerging only when he feels like it) but there really is no one like her.

Melissa Arnette Elliott, now 48, was destined to become a star. This was according to a young Missy, who received affirmation from her kindergarten teacher, a memory so vivid it remains impactful enough for her to recall to writer Ashley C. Ford:

“This is why you have to listen to kids. I knew what I wanted. I remember.”

Missy says her teacher asked the class what they wanted to be every week. (Not surprising, as kids’ inclinations about their futures change rapidly.) Her classmates’ minds did change often, though the list of possible futures they considered stayed roughly the same: “I want to be a fireman.” “I want to be a teacher.” “I want to be a doctor.” “I want to be a lawyer.” Missy’s answer was consistent each week: “‘I’m going to be a superstar,’ and the whole class would bust out laughing.” Her teacher, Mrs. Gardner, would admonish the class, insisting that if Missy wanted to be a superstar, it was possible that’s exactly who she would become.” Ashley begins the piece taking Missy back to an emotional moment early this year where she spoke to the graduating class at Berklee College of Music, where she received an honorary doctorate in music.

It’s hard to even recall one hit song or moment that characterizes Missy Elliott’s career. In terms of music, you can always hear when Missy is on a beat. You know the beats immediately: “Work It”, “Get Your Freak On”, and on Ciara's “One Two Step”. Her influence on other artists’ music stands alone, creating, writing and producing hits with her childhood friend, famed producer Timbaland, with 702, SWV , and our late princess, Aaliyah.

Missy’s third album, 2003’s So Addictive, introduced us to “Get Your Freak On” and it became more of a movement than a song. It’s impossible to think about that era without recalling her and Timbaland’s domination of the charts, every high school dance, and wedding. 22 years after her debut solo album, 1997’s Supa Dupa Fly, Missy recently produced and was featured on the amazing track “Tempo” on Lizzo’s album, Cuz I Love You – and she continues to build creative partnerships with emerging artists. Like Tweet. She tells Ashley that:

“When I saw Tweet, it was like something is so special about her that is so different,” Elliott recalls. “I remember watching the way she played the guitar, and I said, ‘This is interesting. She’s not playing it upright; she’s playing it flat.’ But the reason is so she could see the strings because she taught herself how to play. And I was like, ‘This is amazing to me.’” Elliott wanted to work with the young woman immediately. And she did. This was normal for her.”

Missy represents a low-key element that other less commercially successful, showy artists don’t have. I personally prefer superstars to be less humble, but Missy is undeniably refreshing. And her work clearly speaks for itself. Missy knows exactly who she is and what she means to music.

On her 2015 Super Bowl halftime performance, Missy recalls washing her dog afterwards while her friends stressed to her the gravity of the moment. I remember this performance and Twitter exploding, as long-time fans revelled in the nostalgia and new fans discovered her brilliance. It’s difficult for me to grasp people googling Missy following that performance, unaware of her iconic catalogue, but I’m grateful the internet can introduce people to our beloved artists. It’s clear that Missy is now taking the time to take pleasure in her accomplishments. She tells Ashley, “I was in the car with Michelle Obama [for ‘Carpool Karaoke’ in 2016], and they called me like, ‘Girl, we got to celebrate; that’s huge!’ And I’m like, ‘I’m watching a movie on Netflix.’ Now that I’ve had a chance to slow down, I look back at stuff, and I look back at my ‘She’s a Bitch’ video [1999], and at the time I didn’t even think about it. But I look at it now and I’m like, ‘This is still so many years ahead.”

And that is how Missy wants us to look forward to her next album. I can’t wait. 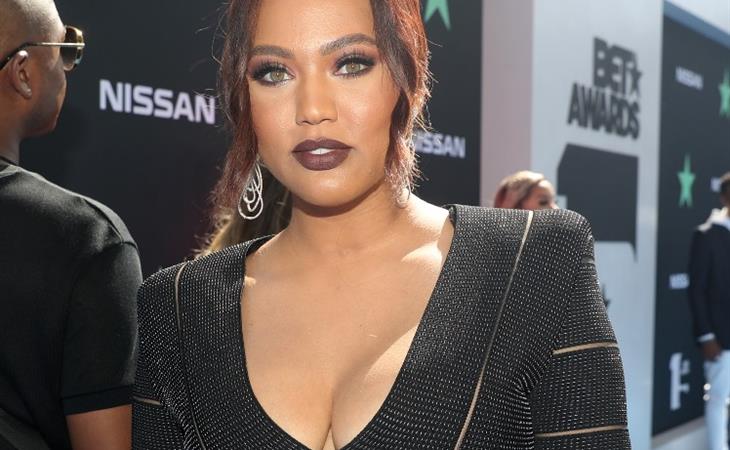 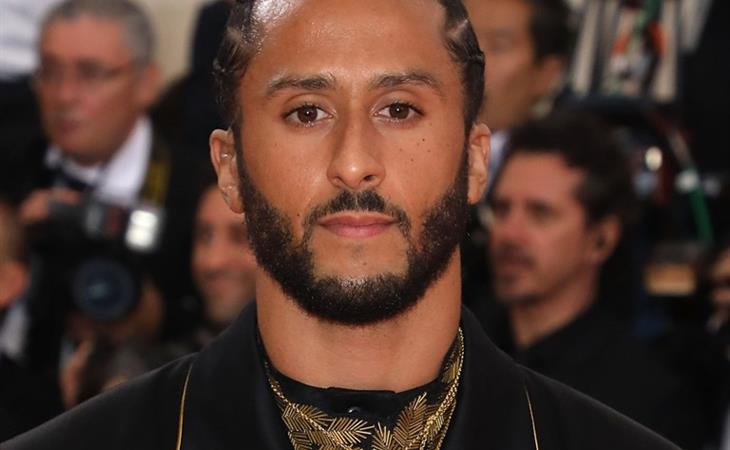