I did not know that Quentin Tarantino weighed in on the Best Chris debate earlier this year. Per The Hollywood Reporter in an article published yesterday, “Quentin Tarantino called Chris Pine "hands down, my favorite" actor of his generation, lobbing the compliment during an appearance on The Ringer’s Rewatchables Podcast in January”. And the reason this is coming up now is because Chris was asked about QT being his fanboy on the first episode of the new podcast Things Are Going Great For Me with J Claude Deering.

Chris and his mother met QT at a Vanity Fair Oscar party a few years ago and QT kept talking about how much he admired Chris’s grandmother, scream queen actress Anne Gwynne. So much that during a scene in Once Upon a Time… in Hollywood, one of Anne’s movies is playing in the background. Was that like Tarantino throwing up the bat signal to Chris? Only a matter of time, I guess, until they work together.

It was Chris’s birthday on Wednesday. He’s now 40 years old. To celebrate he went for a ride with Patrick J Adams who celebrated his birthday yesterday. I see that leopard print shirt is making another appearance and worn Matthew McConaughey styles, LOL.

Also… making fun of fanny packs now isn’t what it used to be. We’re all wearing fanny packs, sometimes around the waist, sometimes cross-body. It’s really the best utility bag. Nothing else works as well, especially during COVID-19 as a belt bag. Hands-free walking, no stress about your bag slipping off your shoulder, easy mask access and everything else. 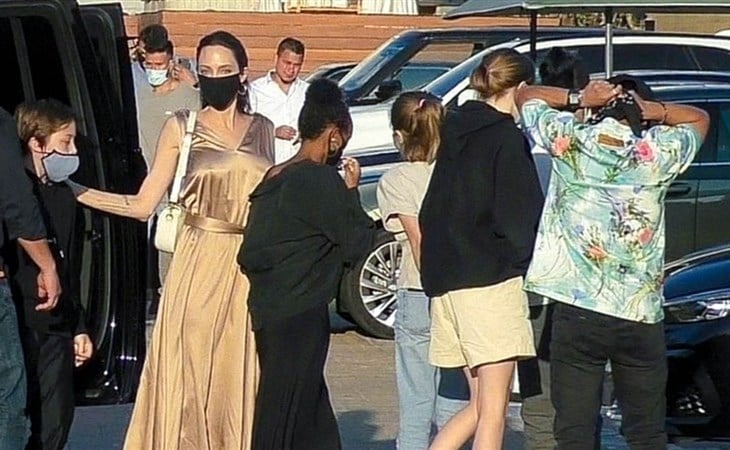