From the very first, Bridgerton established a strong aesthetic, particularly with its array of candy-colored gowns and dandy’s dapper suits. Season two is no different, bringing back the pastel frocks and patterned waistcoats, and introducing gowns with an Indian flare for the Sharma family. The clothes remain as eye-popping as ever, and here I have carried out a highly scientific ranking of the season’s best garments on a scale from elegant to opulent.

Daphne set the bar in season one, and season two does not disappoint with not one, but TWO wedding gowns. Edwina’s is up first, and I find this gown most notable for how contemporary it is. With its cap sleeves and simple floral embroidery, this dress wouldn’t be out of place at a wedding today. The whole look is rather understated for the queen’s self-proclaimed “wedding of the year”, but it perfectly suits Edwina, a diamond who never calls attention to herself.

I WISH we got a better look at Philippa’s wedding dress, because the back is stunning. Sure, the bow is huge and obnoxious, as befits a Featherington, but look at that tiered train! That wouldn’t be amiss on a runway from Carolina Herrera or Vera Wang. It just goes to show how little bridal fashion has really changed, that Philippa’s dress looks so distinctly of that era and yet, like Edwina’s, could fit into a modern wedding, too. Minus the bow, of course.

Is it just me, or are Penelope’s clothes a little bit less ridiculous this season? Perhaps, having some money of her own now, she is able to acquire a few pieces more suited to her taste. She still wears distinctive shades of Featherington citrus—favoring yellow this year—and the best of the lot is this daisy dress. Yes, it’s bright, but the color looks great with Pen’s hair. Also, the texture is AMAZING. It looks like you could reach out and touch it through the screen. Bonus: the heart-shaped purse with the daisy button. Too cute! Undoubtedly, Pen’s clothes will change as she continues to grow and come into her own, but I hope she never loses this sense of whimsy.

From the moment Kate Sharma arrives in London, she wears a lot of blue. A LOT of blue. But she favors jewel tones—which look STUNNING on Simone Ashley—except for one notable exception. The night she officially meets Anthony, Kate shows up to the ball in a gown of classic Bridgerton blue. Nothing declares her future as the Viscountess Bridgerton quite like wearing Anthony’s family’s signature shade to her first ball of the season. This is as much a signal of intent as her declaration that Anthony shall never marry her sister, which turned out to be true, actually. Good call, Kate.

I guess this is a redingote? It’s an overdress open down the front, so I’m going with “redingote”, even though it is not, technically a coat. An interesting thing about Kate’s clothes is that while she favors bold jewel tones most of the time, the closer Anthony gets to Edwina, the less Kate wears blue. By the time Anthony and Edwina’s wedding is called off, Kate has quit the shade almost entirely, and she starts wearing a lot of purples and fuchsia. This dress is a lovely two-tone purple, but what really catches my eye is the style of the overdress. You know who else wears overdresses like that? Lady Danbury. She wears a lot of gowns with an outer garment like that, such as her ball gown in the photo above with Kate and Edwina at the ball.

In fact, by the end of the season, with her strong jewel tones and two-piece gowns, Kate is dressing an awfully lot like a young Lady D. Unlike in season one, when Bridgerton blue signaled family unity and triumph, here Kate’s clothes denote her future as a matriarch like Lady D. With her bold colors, Kate will dominate the ball rooms and parlors of the ton for years to come. 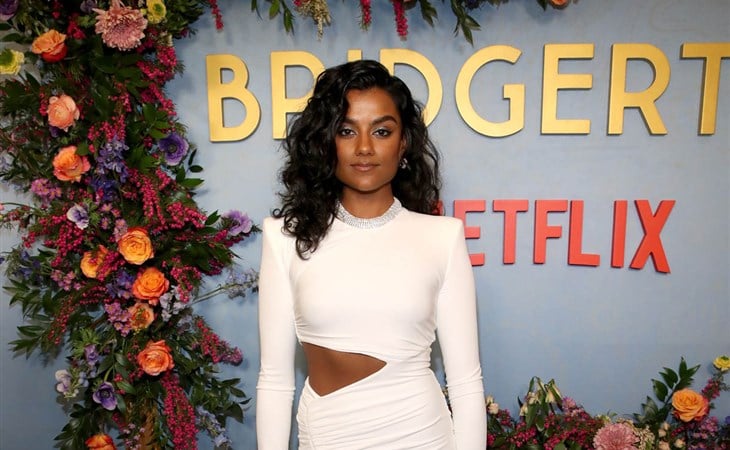 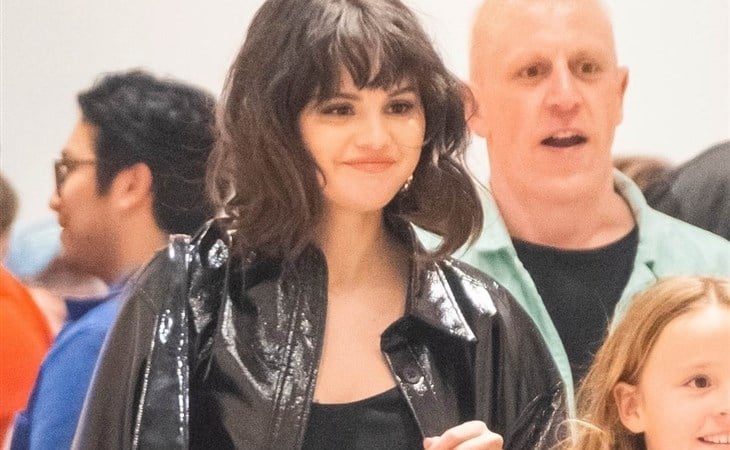