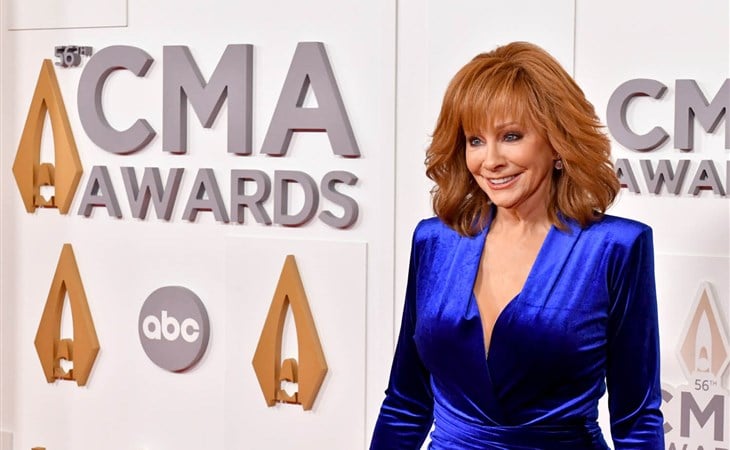 Reba arrived with her boyfriend Rex Linn wearing a blue gown fit perfectly for her body. The tits are popping, the waist is snatched, the hair big and shellacked. A smokeshow! And she knows it. Look at her feeling every inch of herself.

But there’s more. Reba and Rex presented together later on and Reba changed into a slinky red and gold number cut halfway up her thigh on one side. Reba’s giving LEG.

And Reba keeps giving because during the tribute to Loretta Lynn, she changed again – into an outfit from her closet. A throwback!

Black country style jacket with green fringe? Up until a decade ago I was too stupid to appreciate this kind of steeze and while I’m still mostly stupid, at least now I know enough to know that this is fire. My favourite of all three of her looks.

As Stephanie wrote back in August, Reba went through some sh-t a few years ago when she and her ex-husband divorced and he, um, took up very quickly with one of her best friends. Reba doesn’t stay down for long though. This girl is thriving and slaying on the red carpet. We could all use some of that energy. 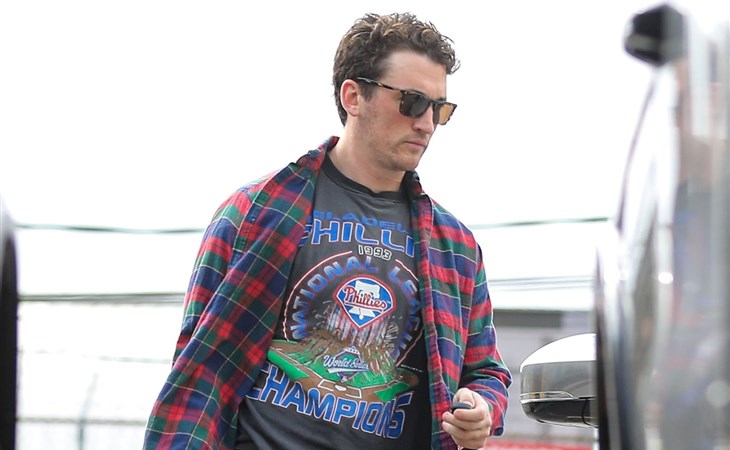 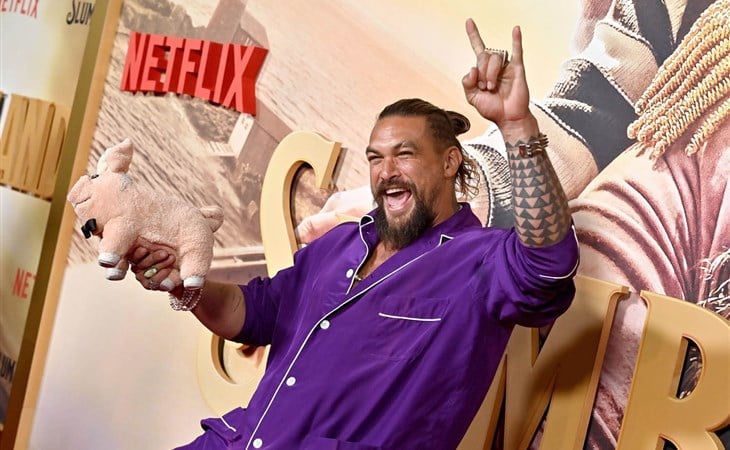