Spoilers for episodes 4-7 of The Underground Railroad

After the odyssey of the first three episodes, The Underground Railroad shifts into a contemplative mood for its middle episodes. Episode four, “The Great Spirit” (once again, all episodes are directed by Barry Jenkins, and this episode is written by Adrienne Rush), takes us back to the teenaged years of slave-catcher Arnold Ridgeway. Played as a youth by Fred Hechinger, “The Great Spirit” is not remotely a bid to humanize Ridgeway. Young Ridgeway is off-putting bordering on disturbing, clashing with his spiritual father (Peter Mullan), whose spiritualism seems to be a form of Quakerism heavily influenced by local Indigenous beliefs. Ridgeway Senior does not keep slaves, and actually employs free Black men to work in his blacksmith’s shop, and he speaks often of a “Great Spirit” that infuses all living things. The work of man, Ridgeway Senior believes, is to see himself in every living thing, and thus he cannot square slavery with his morality, because how could he enslave himself? Ridgeway Senior is a strange person, but he very cleanly explains the moral hypocrisy of slavery.

Young Ridgeway, however, is not moved. He does not feel the Great Spirit, except in an incident in which he causes a young Black boy in his father’s employ to be injured. He also craves material things, like a fine new coat, but is not earning a living of his own to pay for those things, and his resentment of his odd, spiritual father is clearly coming to a boil. Adding to his resentment is shame that he cannot master the craft of blacksmithing as his father has done. In modern parlance, Young Ridgeway is a Large Adult Son, and there is no romanticism or suggestion of tragedy about him. Jenkins and Rush make clear that Ridgeway is a loser, shamed by the consciousness of his failings, especially regarding the Great Spirit his father valued so much. He prides himself on his record as a slave-catcher, but it is apparent that this repugnant occupation is literally the only thing he is good at, and even still, he only caught Cora because of luck.

Ridgeway (Joel Edgerton), Homer (Chase W. Dillon), Cora (Thuso Mbedu), and another captured runaway, Jasper (Calvin Leon Smith), whose path to freedom lies in starvation, proceed through former Cherokee land into Tennessee. Following the Trail of Tears, homesteaders burnt huge swaths of the state in an attempt to clear the dense forests, instead leaving a charred hellscape in their wake. Episode five, “Tennessee: Exodus” (written by Nathan C. Parker), is aptly named as there are virtually no other people in this episode except for the main characters. The land, meant to be a bountiful gift of Manifest Destiny—an idea Ridgeway holds dear because all he can do is spout the rhetoric of worse men than he—is instead desolate and swept by fever. Jenkins’ camera, guided by cinematographer James Laxton, moves almost indolently across the blackened landscape, encompassing not only the destruction of the natural world, but also the inevitable destruction of Jasper. Both are wrought by white man’s greed, and both result from a failure to find the Great Spirit in the world and people around us.

Episode six, “Tennessee: Proverbs” (written by Nathan C. Parker and Jenkins), brings Ridgeway full circle, back to his home and his now-dying father. Here, Ridgeway drinks to excess and tells Cora of Caesar’s horrible fate in South Carolina, as the so-called progressive whites of that state turned on him upon learning that he and Cora killed a white boy as they escaped Georgia. It’s a terrible story, though Jenkins lingers on Cora’s face, letting her grief and humanity own the moment and thus, once again, elide exploitation from a slave narrative. Anyone wishing to depict the antebellum US in future should study the choices Jenkins makes, because as hard as The Underground Railroad is at times, and though Jenkins doesn’t shy away from the brutality of the era, he doesn’t dwell on it, either. His almost voracious focus on Cora and the other Black characters, like Caesar, Jasper, and Homer, keeps their humanity and individuality front and center. Bad things happen, yes, but there is always a well of understanding offered to these characters, while Ridgeway is written off with staggering cinematic disdain as a failson, only made interesting because he crossed paths with Cora.

As difficult as these episodes are, representing the nadir of Cora’s journey and a period of burnt-out hopelessness as barren as the Tennessee landscape, they end on slightly higher note. Ridgeway’s hometown is partially populated by a free Black community who take notice of Cora, kept in chains by Ridgeway. Led by Royal (William Jackson Harper), they free Cora and bring her to another station of the underground railroad, this one containing a sandwich counter, mural, and tiled walls, as if it’s part of Grand Central Station, and so Cora’s odyssey resumes. And episode seven, “Fanny Briggs” (written by Jihan Crowther), is a coda to “North Carolina” that provides an unexpected and much needed dose of hope in the story. Barely 20 minutes long with credits, “Fanny Briggs” answers the question of what happened to Grace (Mychal-Bella Bowman) when the Wells’ house was set on fire. Echoing the devastation of Tennessee, the fire spreads quickly through the wood buildings of the town, distracting the townspeople from kicking Fiona (Lucy Faust) to death, and also providing cover for Grace to escape out the back of the house. Informed by Cora of the railroad, she makes her way to the closed station and follows a firefly through a crevice in the rubble to discover a train waiting on the other side.

This is not subtle imagery from Jenkins, the small, flickering light in the darkness leading Grace to freedom being a very on-the-nose symbol for hope in this otherwise bleak story, but “Fanny Briggs” is a much-needed respite before we proceed into the final episodes of the series. It also provides an intriguing link to Colson Whitehead’s other novel, The Intuitionist, as we learn that Grace’s real name is Fanny Briggs, and Fanny is a fictionalized Civil Rights pioneer in that novel. Thus, The Underground Railroad becomes part of Whitehead’s larger speculative universe, itself just one stop in a longer journey. And it is simply a HUGE relief to know that Grace/Fanny did not perish in that house fire, but that she has resumed her own odyssey which will, she hopes, take her “where it is Cora went”. But whether she ever meets Cora again doesn’t matter, what matters is that she has survived, that there remain these tiny flickers of life in a world ravaged by racism. As The Underground Railroad approaches its conclusion, we are given a moment to revel in the hard-won reprieves of both Cora and Fanny. 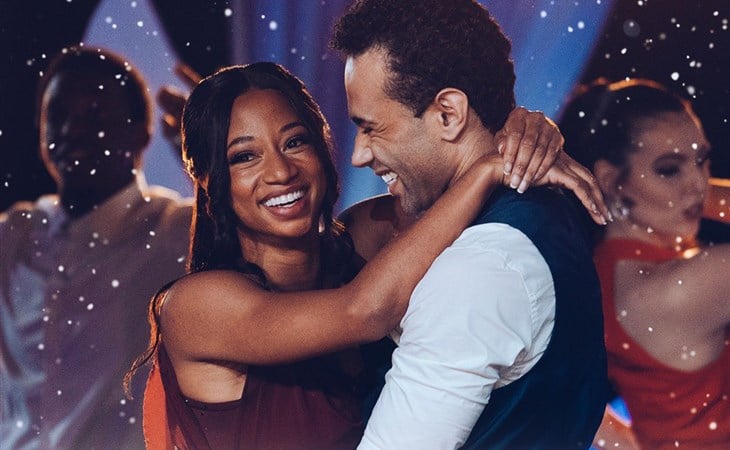