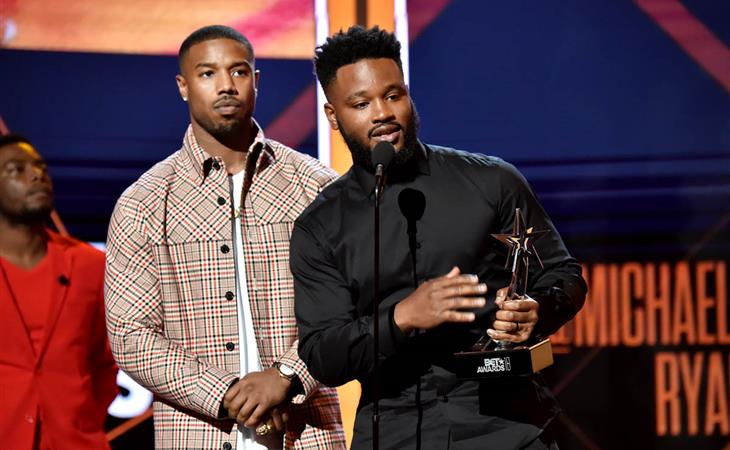 Jamie Foxx did a lot of things wrong last night but his worst offence was a Black Panther parody skit called “Wanda in Wakanda” featuring Michael Blackson. After the atrocity that is this sketch, the only Michael I recognize is Bae Jordan.

Jamie Foxx plays Wanda, a warrior enlisted to “save the village” and I think the gag is that Jamie is playing a woman but it’s also that Jamie is in ‘traditional’ African face paint and garb. Africa is the butt of the joke here. There’s also a hint of trans shaming that makes me feel uncomfortable about this clip, specifically the way they describe Wanda as “ugly as f-ck.” (UPDATE: A few readers have pointed out that Wanda is an old Jamie Foxx In Living Color character I’m too young to remember but clearly, she doesn’t hold up – some things should be left in the ‘90s). Maybe I’m reading too much into it. Maybe it’s just a dumb, harmless skit that missed the mark and wasn’t funny. Maybe that’s it.

Watch and decide for yourself.

Here’s where I take issue with the “it’s just a skit” argument: Jamie Foxx spent the better part of his intro monologue ranting about the power of Black Panther. The power of Black Panther is based heavily in its rejection of stereotypical depictions of Africans. For so long, the only two representations of Africans from the continent that we saw on screen were either that they were there for comedic relief or they were the sick and dying children in World Vision commercials – there was no in between. These Africans existed for their accents to be made fun of or for you to feel better about yourself as you flicked through the channels. A skit in which an African accent, even if it’s close to Michael Blackson’s actual Liberian accent, is played up for laughs is antithetical to everything Black Panther stands for.

Right after the dumb “Wanda in Wakanda” skit, Black Panther won Best Movie and Ryan Coogler and Michael B. Jordan were on hand to accept. If I’m playing Photo Assumption, the looks on their faces as they walked up to the podium tells me everything I need to know about how they felt about Wanda in Wakanda.

Michael Bae Jordan had to endure Jamie Foxx pulling him up on stage earlier in the evening to deliver Killmonger’s now infamous final words of Black Panther. He did it with grace and humility even though, in keeping with the theme of the night, it was mad awkward. When it came to acceptance speech time, MBJ, being the kind and considerate King we know him to be, passed up the mic to Ryan Coogler. Every time Ryan Coogler speaks in his Bay Area accent, I get chills. “A kid from Oakland believing in fairy tales.” I love him so much.

#BlackPanther took home the 2018 #BETAwards Best Movie win and this acceptance speech by @MichaelB4Jordan and #RyanCoogler stole our hearts and lifted our spirits. pic.twitter.com/fxFPRbjZju

A WORD. BET is lucky Ryan Coogler gave this beautiful speech after that disgraceful skit. I’m not sure if Ryan had these words prepared or if watching a sketch that turned African culture into a joke inspired him to drive home this message. Either way, it made me forget all about Wanda. Again, BET and Jamie Foxx have Coogler to thank for saving their asses.

Ryan Coogler ended his speech with an even more powerful statement that I don’t want to go unnoticed.

“T’Challa and Killmonger are not real but real talk, if you can travel to Africa please go. I went and it changed my life. If you can’t go, teach your children about Patrice Lumumba and Jomo Kenyatta and all the amazing Africans we’re still attached to, still as African Americans here today.”

The time I’ve spent in Ghana truly has changed my life. I can remember learning about Patrice Lumumba, Kwame Nkrumah and Jomo Kenyatta from my Ghanaian father for as long as I can remember. I know that’s a privilege that many people don’t get which is why Ryan Coogler’s words are so critical. If you know about these African revolutionaries, you know that the continent is much more than pop culture has painted it to be throughout history. You know that a skit that reduces its culture to a punchline is harmful and careless.

Protect Ryan Coogler at all costs. 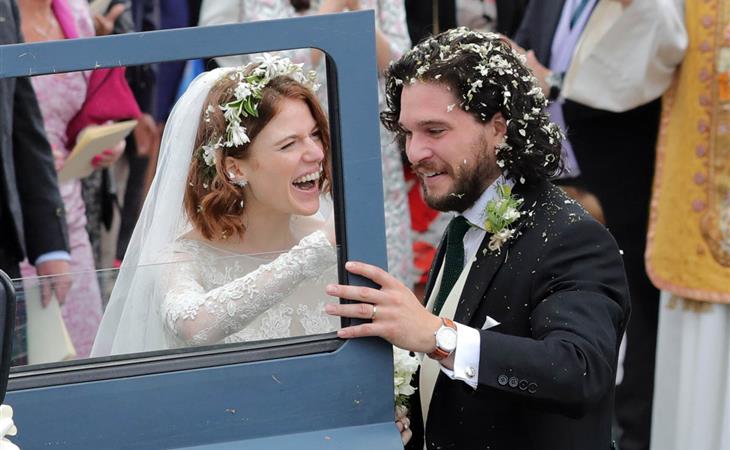 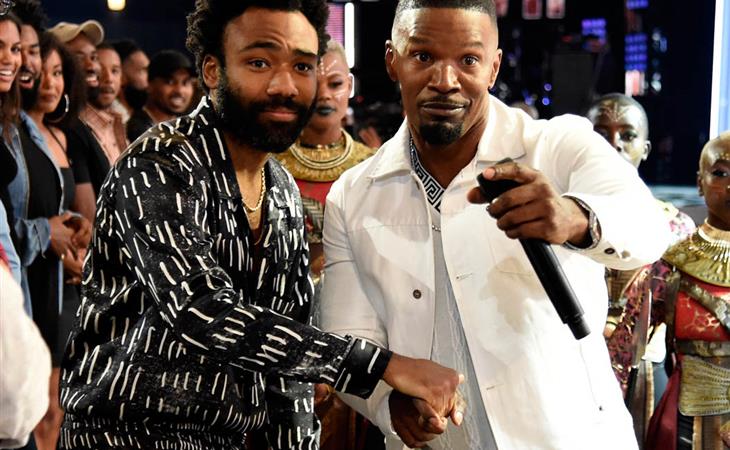