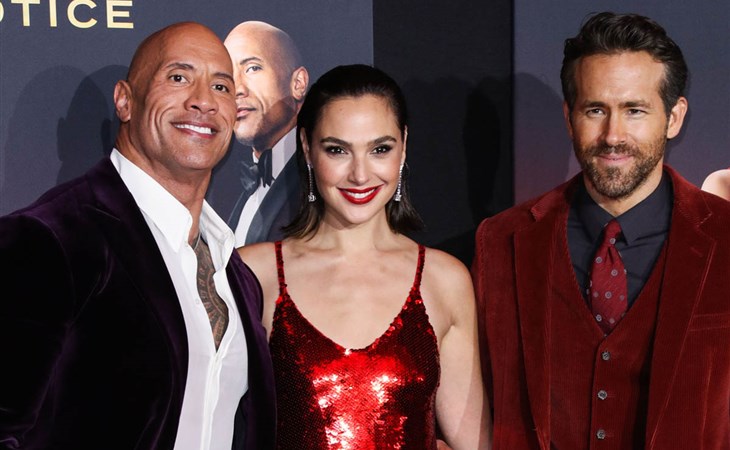 Netflix’s Red Notice, starring Dwayne Johnson, Ryan Reynolds, and Gal Gadot – two former Sexiest Men Alive and Wonder Woman – premieres on Friday. I’ve just taken a look at some of the reviews and, well, they’re not great. But then again, do reviews matter for a movie like this?

Red Notice is apparently Netflix’s most expensive movie. They’re trying to turn this into a blockbuster franchise with three marquee names. And the result? This is something Sarah has been saying for a while with Netflix: they know what they’re doing with television series, no doubt – we’re just coming off of their first Emmy win for Drama Series with The Crown, and when you consider that it hasn’t even been a decade since House of Cards, their first series, came out, their TV domination has been fast and furious. But if we’re talking fast and furious, they don’t have the same track record with their movies. People watch Netflix movies. But they come and go. Nothing has stuck, and certainly not enough to become blockbuster status. Even when they do come out with movies that get memed and tweeted about, it doesn’t last. Bird Box was a conversation for maybe a month, if I’m generous, but since then, it’s been a while since I’ve seen Bird Box referenced. Netflix’s most successful movie to date, according to them, is Extraction, starring Chris Hemsworth. I mean, sure a lot of people may have had it in their queue but, really, how many people remember what Extraction even was?

Will it be the same with Red Notice?

Well, they’re banking on The Rock, Ryan, and Gal to change that trajectory. The reviews, however, don’t seem to support that…and yet, sometimes movies are review-proof. The Fast and Furious movies certainly are. Let’s check back then in a week or two and see if Red Notice is actually a thing. Or, maybe, we won’t be checking back at all.

In the meantime, here are Dwayne, Ryan, and Gal at the premiere last night. The Rock looks like The Rock in a white shirt, open at the neck, with suede tassel loafers. Ryan is great in his red velvet suit, dressing on theme with the title of the movie and jumping in on the trend we’re seeing from male celebrities after 18 months of no red carpets flexing some flair on the carpet. Of course the style centerpiece here is Gal, in a red sequined dress cut high on one leg similar to the red dress she wears in the movie and in the movie’s poster. She obviously looks amazing but the dress, to me, is a little too on-the-nose “holiday season catalogue”. Gal has all the goods, but she’s never really excited me on a red carpet. 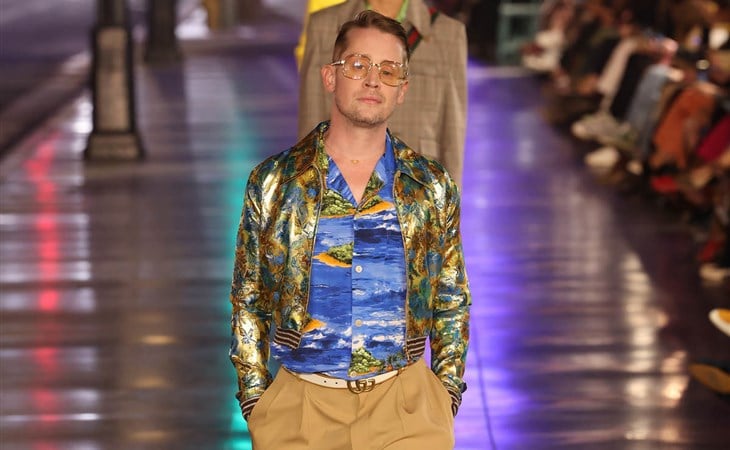