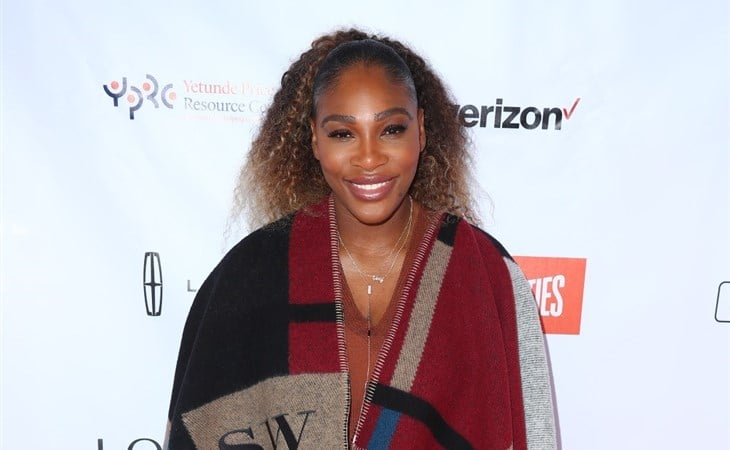 While I do get the occasional headache – I have one today from not sleeping last night – I have never suffered from migraines. However, I am close to several people who do, including Jacek, my husband. And also Emily, our site manager. They’re debilitating. For some people, it’s a lifelong mission: to find ways to address them, and they’ve tried almost everything. Sounds like Serena Williams can relate. (Cele|bitchy)

Another day, another Kardashian photo-editing controversy. I don’t follow every move, every post, but I thought by now people would know that, well, there’s already so much filtering in general on Instagram and that this family practically invented it. That said, while I definitely know how to filter, I have zero photo editing skills. Someone young needs to teach me. (Dlisted)

How has it been 12 years since Glee first premiered? Yes, you read that right. In May it’ll be 12 years. And I feel like this outfit Dianna Agron is wearing could have been from the show, it’s something Quinn would have worn, non? She still looks exactly the same too. If you told me this photo was taken when the show was still airing, I would believe you. (Go Fug Yourself)

What are the fake things that happen in movies that annoy you? I generally don’t love it when one character is an expert at everything. You know how in The Matrix they can upload a thing into your brain and suddenly you know how to fly helicopters and do martial arts? That’s The Matrix. The premise of the film is set up so that that actually happens. But in other movies, that don’t happen in The Matrix, one character will be able to do calculus and trapeze and be a sniper and breakdance, like in the space of 20 minutes. Sometimes that doesn’t work for me. And neither do courtroom shenanigans because we all know a real trial doesn’t play out like it does in the movies. But it depends on the tone of the piece. For example, I am currently watching a batsh-t Korean crime comedy-drama on Netflix called Vincenzo. Like BATSH-T. But it’s also not pretending to be anything other than batsh-t. So when the courtroom craziness goes down, and all the other craziness that happens every five minutes, I don’t mind. (Pajiba)

As the Derek Chauvin trial continues, and almost every moment televised, Fabiola Cineas reminds us in this piece for Vox about the emotional cost of replaying the details of George Floyd’s death, and how triggering the defence’s “justifications” can be for the Black community. Not that this information shouldn’t be shared, and there are reasons cited in the piece about the value of having the public being able to witness this process, but at the same time, we should all keep in mind how traumatising the path to justice, if there even is one, is for so many Black Americans. (Vox)