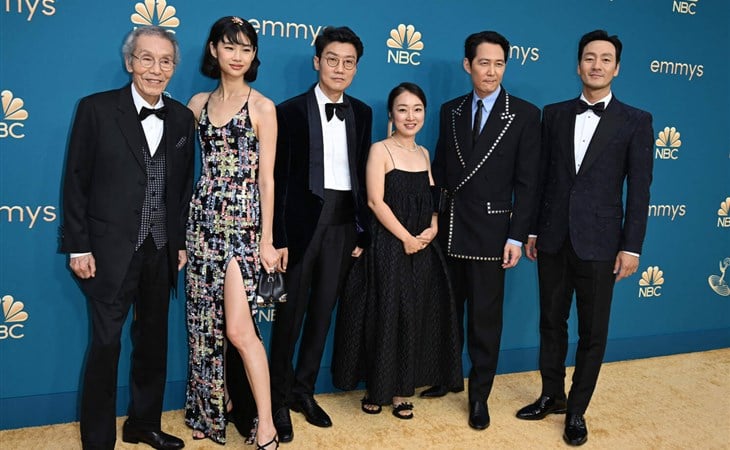 In 2021, the Emmys took place on September 19, just two days after Squid Game premiered on Netflix. Everyone was oblivious then, no one had any idea that Squid Game would go on to become the most-watched series in Netflix history and come to the Emmys a year later and win big. Squid Game is the first non-English language series to be nominated for Outstanding Drama – and while it did not ultimately win in the category, the nomination itself was a victory, and on top of that showrunner Hwang Dong-hyuk won the Emmy for Outstanding Directing for a Drama Series over the directors from Succession, Ozark, Yellowjackets, and Severance which included Hollywood veterans Jason Bateman and Ben Stiller.

A little while later, Lee Jung-jae won the Emmy for Outstanding Lead Actor in a Drama Series, the first Asian actor and the first actor in a non-English language series to win in the category. In total, Squid Game won six Emmys…and this is huge. But as Hwang said during his acceptance speech:

“I truly hope Squid Game won’t be the last non-English series to be here at the Emmys.”

I would like to be optimistic… but it still might be a while until it happens again. Because look what Squid Game had to do to get here. It couldn’t just be a well-executed show, featuring strong performances and interesting ideas. It had to literally be The Most Popular Show. It had to be a unicorn. Succession doesn’t have to be HBO’s highest rated show. Severance doesn’t have to be Apple’s highest rated show. But if Squid Game was not Netflix’s record-breaking show of all time, this would not be happening.

Still, there’s so much to celebrate – and they did. Please enjoy O Yeung-su, aka Player 001, crushing it on the dance floor at the afterparty.

O Yeong-su cutting it UP pic.twitter.com/zpHaCLcHhY

The Koreans are here to f-ck up the night!

Also, Jung Hoyeon Emmys look – it’s a beautiful dress but what I always appreciate about her is that she consistently honours her Korean culture in her hairstyles. But also? It’s just a beautiful way to work with a hair accessory. 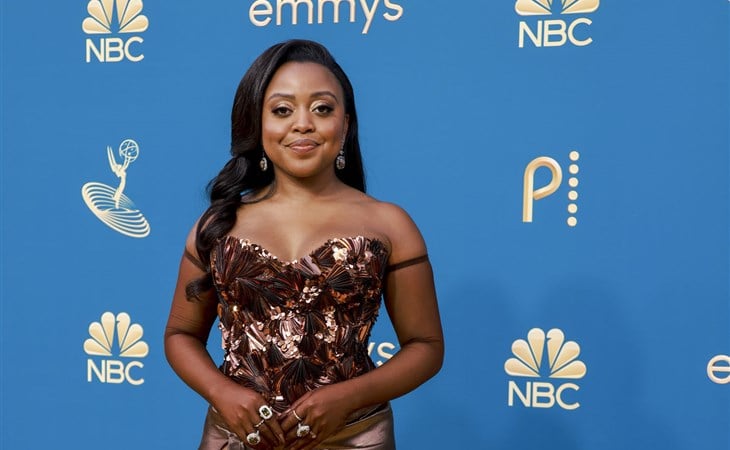 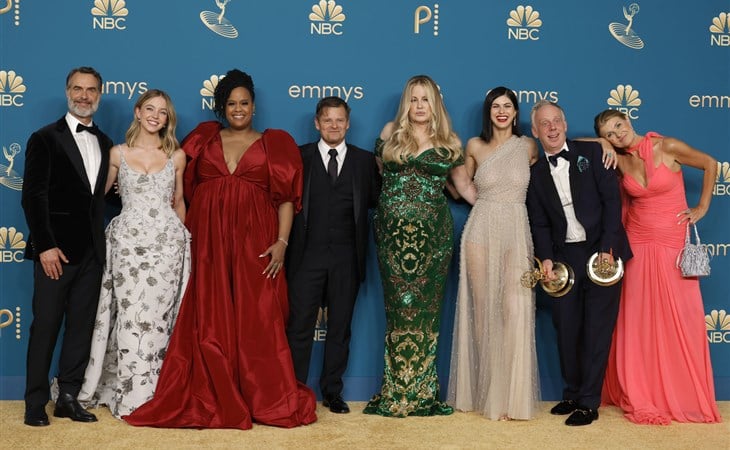