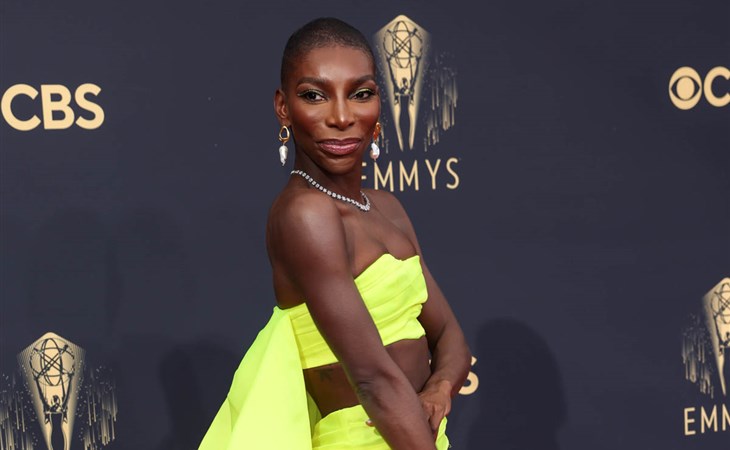 I’m going to be as plain as I know how. The reason it felt as though I May Destroy You deserved to win the other three Emmys it was nominated for is that it, and Michaela Coel, are better than the things that did win.

I know how that sounds, and of course it’s subjective, but all the other words people use, like ‘urgent’ or ‘arresting’ or whatever just mean… better. It absolutely should have won over “you  put the sexy back in chess” (shudder) to say the very least, and all the reasons it might not have are just… wrong, yes, but also exhausting. People literally now get shows delivered to the same place they watch them – access doesn’t have to be an issue.

Still, Michaela Coel made sure she was seen.

First of all, the dress was so good. I love the chartreuse colour, and the two-piece playing with proportion thing – but again, like so much of what we saw last night, it was, not classic, per se, but simple.

It’s worth noting that Kaley Cuoco was also dressed in this chartreusy shade, and that both women went for a matching shoe, all in on the head to toe.

So. She makes history, the first Black woman ever to win this award, and you’ve seen the video by now: she looks beautiful and strong and a little bit shy, even as she asks people … well okay, not ‘people’, she specifically asks writers… to do incredibly scary things:

“Write the tale that scares you, that makes you feel uncertain, that isn’t comfortable. I dare you. Do not be afraid to disappear, from it, from us, for a while, and see what comes to you in the silence.“

Michaela Coel said get off social media, that the energy you’re spending proving you’re successful could be spent on your new story, the one that’s going to take everything you have to get out. She thinks you can do it. Should do it. Should be both uncomfortable and alone. And then dedicated ‘this story’ – meaning, I think, the whole series – to sexual assault survivors.

If you wonder how she became who she is, this early in her career, it’s because she’s not afraid to be uncomfortable. She will always choose the thing that makes the story better, instead of the celebrity better, because success and fame, as we know, as she knows, can come and go, and big paychecks don’t necessarily mean you’ll be happy there.

So – she’s stunning, she’s bold, but also seems shyer than she’s been at comparable events? Maybe, like her speech directly addressing writers, she’s realized she’s better off if she just zones in on her people?

Or maybe she’s realized that this is about the last professional obligation she’s going to have relative to I May Destroy You, and is already shutting out all the noise and the talk. Maybe she’s going quiet, to hear the story she’ll tell next, and it will be a long time – in which case I’m even more glad that those banners of yellow-green silk were the way she got to finally accept an award that should have many others to keep it company. 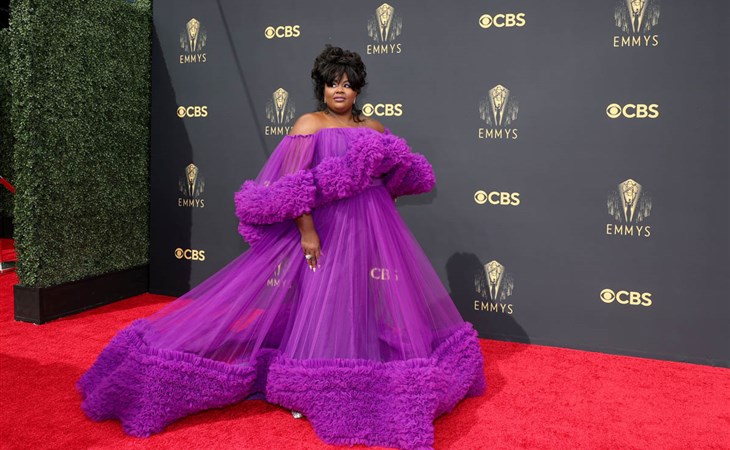 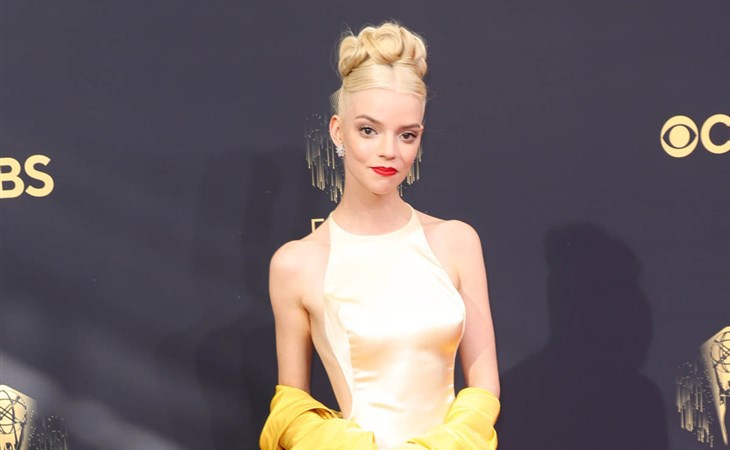