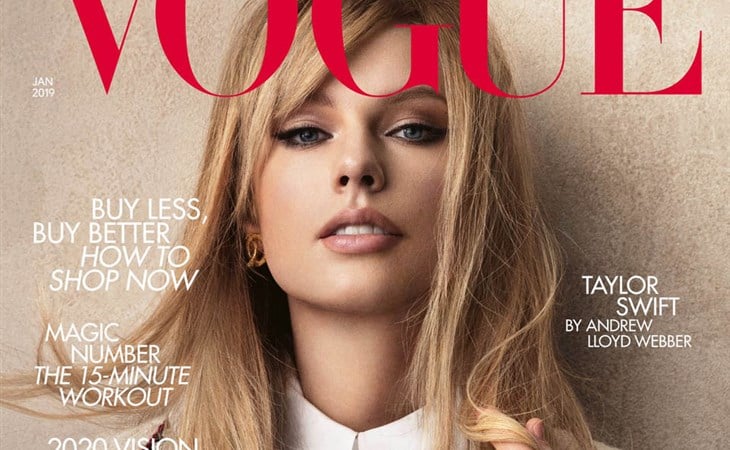 Taylor Swift has a big birthday coming: she turns 30 on December 13. She’ll be entering a new decade as we all enter a new decade. Who will Taylor be in her 30s?

It remains to be seen whether or not she has something big planned for the day, whether or not there might be a surprise song or new music, or a teaser from this Netflix documentary, something to mark the occasion. In the meantime, she continues to take the lead on Cats promotion – British Vogue dropped their new cover yesterday.

Edward Enninful went into the Chanel archive for the cover photo, styling Taylor in Chanel from the 2005/2006 season to make a statement about sustainable fashion. She looks great. The jacket is obviously a classic but it’s that crisp oversized collared white shirt that is the standout to me. I also love her in this pink sweater tank:

So far, only a brief excerpt from the article has been posted online. Taylor is joined by Andrew Lloyd Webber to talk, in part, about claiming your work:

“When Lloyd Webber began playing the haunting, beautiful melody during an afternoon of rehearsals, Swift started singing right away. She wrote the lyrics more or less then and there. “I think [writing] is really important – also from the side of ownership over what you do and make,” says Swift, who balanced her school studies with songwriting sessions from her early teens. “Even if you aren’t a natural writer, you should try to involve yourself in the messages you’re sending.” Lloyd Webber agrees: “Today, very few people have a major career unless they write.”

People are pointing to the “ownership” quote and connecting it to the Scott Borchetta/Scooter Braun drama but, to me, the second part of her advice about writing is the big takeaway because it applies to everyone, and not just those who make their living from writing.

“Even if you aren’t a natural writer, you should try to involve yourself in the messages you’re sending.”

That applies to every industry. Think about how business executives could be helped by better writing. And medical professionals who have long been called out for their poor communication skills. I can’t tell you how many times my ma, who has a chronic debilitating disease and who is unfortunately in and out of hospital all the time, has struggled with sh-tty bedside manner, with doctors who don’t understand the difference between treating the patient, who is a person, with feelings, and treating the illness. More and more academic programs are encouraging students to enroll in interdisciplinary curricula so that students in specialised disciplines can bring a more well-rounded approach to their professions. Writing, and reading, will help with that. Especially in business school where, sometimes, empathy is entirely overlooked in executive leadership.

And then there are the messages people are actually sending, especially this generation, over social media. As that becomes more and more of a primary form of communication, writing has been seen to have deteriorated. Think of the difference it would make if people actually thought about what messages they’re sending.

Beyond the writing, the only other detail provided in the excerpt is about being involved in Cats. Taylor acknowledges its “weirdness” but says that that’s precisely why she was drawn to the story and the film. We all know it’s weird. She’s turning the weirdness into an asset, leaning into the weirdness as a selling feature.

Maybe that’s what the marketing people should be doing? Hey, we know the clothed and unclothed Cats and the tails coming out of the asses looks WEIRD – we want to be weird! While the rest of you go see the porgs and the other weird creatures in a galaxy far, far away, that sh-t is nothing as weird as we are!

Back to the styling though…

I always prefer the way she’s styled in magazines over the way she’s presented on red carpets and on stage. Taylor looks amazing in fashion editorials. She also looks uncannily a lot like Margot Robbie.

In other Taylor news, she celebrated Thanksgiving early and low-key with her friends in Rhode Island, including Martha Hunt, Gigi Hadid, and Antoni Porowski, before heading back to London presumably to be with Joe Alwyn. 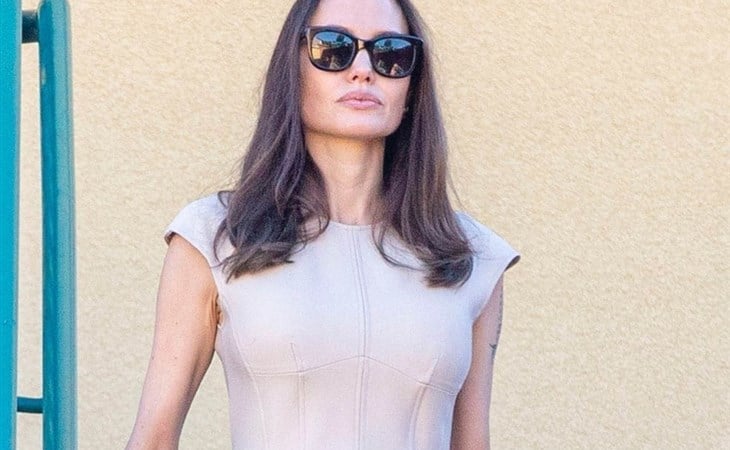 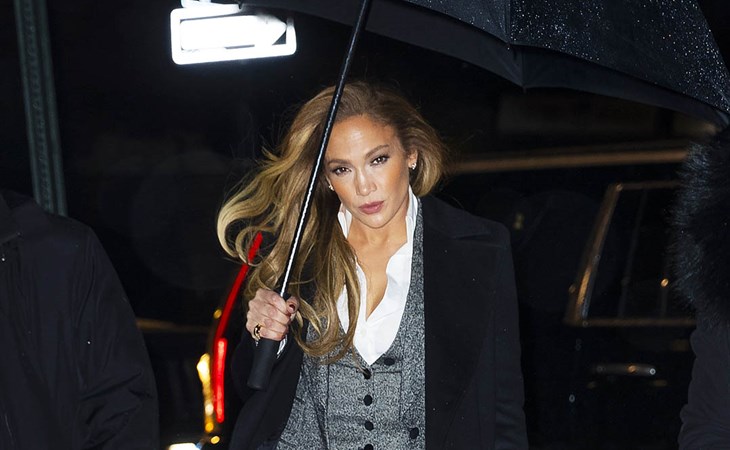