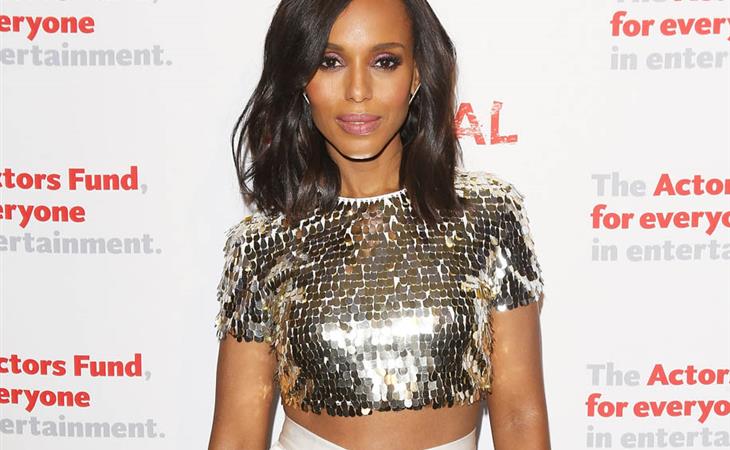 Last night, during the finale, Kerry Washington tweeted about the origin of Olivia Pope’s walk.

That walk? Where did it come from? Ok... I asked myself: How would a woman walk if she has no fear, no shame and no need to apologize or shrink. And also... what if that woman is ALWAYS in heels? #Scandal #TheFinalScandal

“No fear, no shame and no need to apologize or shrink.” It’s a simple idea, that a black woman could exist on television lacking fear, shame or the need to make herself feel small. It’s a simple and powerful idea that created Olivia Pope, a character that changed the way black women are portrayed on television and a character that could convey the shattered silence of all the sidekicks, mammies, matriarchs and mistresses of TV past and the hopeful, authoritative freedom of black women of TV future in a matter of steps.

Olivia Pope’s walk is all I could think about during the episode’s final, ambiguous, debate-igniting scene. *SPOILERS AHEAD* Right after Olivia swaggers into Fitz’s proverbial waiting arms and we’re given the #Olitz happily ever after that was a surprise to no one, we cut to two young black girls looking up at a portrait, presumably in the National Portrait Gallery. That portrait is of Olivia Pope, looking flawless in a white top of course and rocking her natural hair.

The episode devoted enough time to the unveiling of both Mellie’s and Fitz’s presidential portraits that the heavy implication here is that these little girls are looking up in awe at a painting of President Olivia Pope (a scene that Vanity Fair points out is strikingly similar to the real-life photo of the little girl looking up at Michelle Obama’s portrait). The implication is that after all the scheming, manipulation and doing the dirty work for many mediocre men and one Mellie, Olivia finally gets her shot at the Oval. I like that ending a lot. But I also like that Shonda Rhimes is refusing to tell us if that is what she actually meant by the ending. One theory is that Olivia gets her own portrait for taking down B613 and for being a trusted Washington staple for years, not for being president.

I don’t think I want to know the answer. To me, Scandal’s final scene represents possibility – the same possibility I felt when I first saw Olivia Pope walk, her head held high with grace and determination unlike I had ever seen before. It represents the audacity of hope that America may have lost sight of since Michelle and Barack AKA Mom and Dad left office. To not tell us whether Olivia Pope became president is to leave the audience questioning whether it could be possible at all for a black woman to hold the highest office in the world while also desperately hoping that it is possible. The audience IS those little girls looking up at Olivia and gazing wistfully into a brighter tomorrow. It’s a brilliant ending. I would expect nothing less from Shonda Rhimes, owner of Thursday nights, Queen of primetime TV, badass of all badasses.

After this season of Scandal, which I have openly referred to as uneven and messy AF, it may have come as a surprise that Shonda Rhimes decided to end the show on a message of hope. It may even have come as a surprise that Olivia was still our “hero.” Putting Olivia’s portrait on the wall may have looked heroic but if you’ve been watching the last couple seasons, you know that Olivia Pope is no hero. This fact has turned some fans off. For the most part, it has turned me on.

Not to quote myself like a jackass but last year I wrote, “If Walter White can be an antihero, why can’t Olivia Pope?” This week, Lainey linked to a Vanity Fair essay called, “Olivia Pope Isn’t a Hero – And That’s Been Scandal’s Point All Along.”  Olivia Pope was introduced to us as the mistress of a married president. She’s never been a simple hero. She’s been complex, flawed and sometimes unlikeable, things black women NEVER got to be before Olivia and that was Shonda’s point. But unlike Vanity Fair, I don’t think that Olivia ending the series in the good graces of her colleagues and of America renders her “neutered” or that this ending “seems antithetical to Scandal’s legacy.” On the contrary, I think showing an imperfect but capable black female antihero who still (potentially) wins in the end is an impactful statement. It’s the ultimate confirmation that this wine-drinking, popcorn-eating woman of colour can be everything white men have gotten to be for years and still get her happy ending. It was perfect. I just want to quit everything and dedicate my life to the Shondaland standom.

As for the rest of the finale, it was everything I expected a Scandal finale to be but better – fun, campy, thought-provoking, dramatic and a bit batsh-t. I was satisfied. I knew that my boo Jake Ballard was going to take the fall for everyone’s bullsh-t right around the time he killed his wife in cold blood. I knew Shonda was letting us Jake fans prepare ourselves for the inevitability that the rest of his fictional life would play out behind bars while he daydreamed about standing in the sun with Olivia. I haven’t been Team Fitz in seasons but even I squealed out loud when he said, “Take off your clothes.” Quinn and Charlie’s wedding was cute I guess. And finally, we all KNEW someone was going to die. David Rosen was the only option. David Rosen was the last good guy, maybe the only true good guy of the whole bunch. Good guys don’t survive in Washington. It’s a sinister message considering the times but I think it’s exactly what Shonda wanted to say.

Shonda Rhimes has enough power now that she gets to say exactly what she wants, to the point where sometimes I’m watching her shows and I say out loud, “Oh sh-t, Shonda!” My last Oh Sh-t Shonda moment of Scandal came from Papa Pope’s final monologue. It hit me so hard in the depth of my insides that I had to rewind the episode immediately and transcribe every word in full. Joe Morton deserves another Emmy for this scene and Shonda Rhimes DESERVES IT ALL.

“No fear, no shame and no need to apologize or shrink.” According to Buzzfeed, there have been more black woman leads on network TV in the past six years since Scandal premiered than ever in history. Olivia Pope’s walk isn’t just impressive, it blazed a trail that changed the face of television. THAT is the legacy of Scandal. 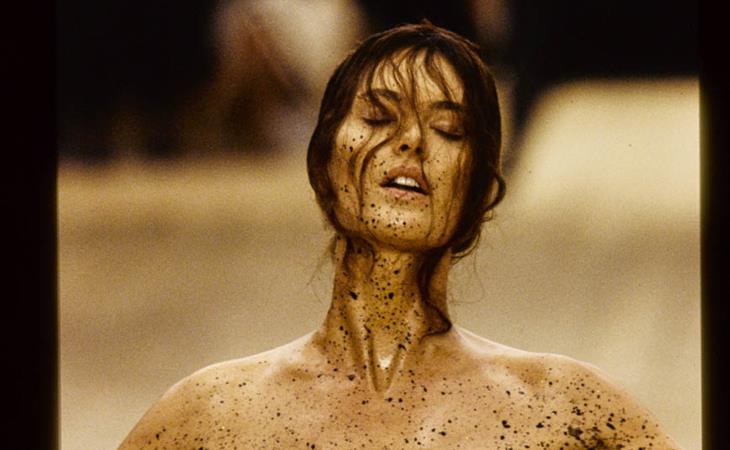