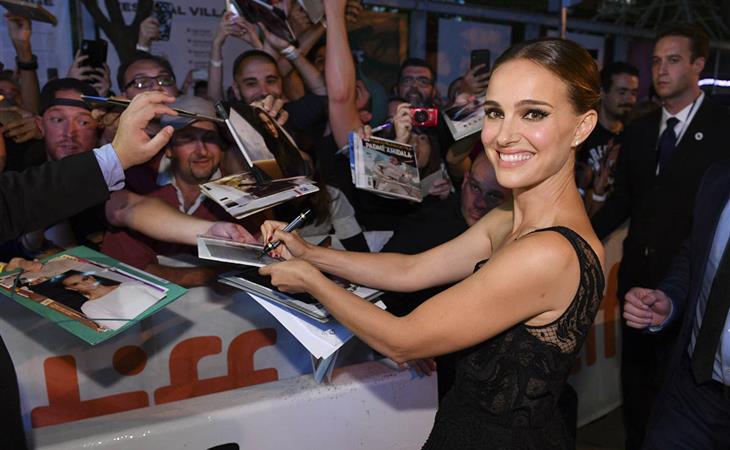 The new Natalie Portman film Lucy in the Sky is not the simmering astronaut love triangle movie you're probably expecting to see. Instead, it's a disorienting look at life after space, raising a question of how "rocket lag" can permanently alter your desires and relationships with your "earth families." But it's not Fatal Attraction with astronauts, either.

"Based on true events," Lucy in the Sky is loosely inspired by real-life astronaut Lisa Nowak's quest to confront the "other woman" in what she perceived to be her relationship with her fellow spaceman. She drove non-stop from Houston to Orlando with a series of threatening items ranging from a disguise to a BB gun, rope and pepper spray, all while reportedly wearing a "Maximum Absorbency Garment," better known as a space diaper. Except, as Lainey wrote yesterday, the space diapers are NOT in the movie. And that led to parts of the reasons why the film was trending before and after its World Premiere at TIFF on Wednesday. And perhaps, Lucy in the Sky became an unfair critical target as a result of this omission.

Director Noah Hawley (of Fargo and Legion fame, in his directorial debut) told the LA Times prior to the premiere that the diaper “just didn't fit into the story". And I can understand that. The entire film builds up the anticipation for when or if Natalie's character Lucy Cola will enact revenge on her colleagues Mark Goodwin (basically Jon Hamm in Bridesmaids, but with slightly more empathy for her, and repressed trauma) and Erin Eccles (a charmingly competitive Zazie Beetz) for their relationship, which she perceives to be a betrayal. And when she does, you see Lucy buying supplies, including wasp spray (which she uses in the store), rope and several of the items Lisa purchased for her mission. Except Natalie's rocks a blonde wig instead, and their confrontation is in San Diego, as opposed to Orlando. But the idea and desperation of that yearning for answers is definitely there, diaper or no.

When a tabloid story has such legs that it becomes a memorable 30 Rock joke or plotline in the otherwise limp-but-still-fun Rough Night, its notoriety grows, and efforts need to be made to humanize all involved in order to push past the punchline. That's what Lucy in the Sky is hoping to do, by constantly highlighting Lucy's "kaleidoscope eyes" and racing thoughts. It's on earth where she feels weightless, unsatisfied by her NASA PR husband (Dan Stevens) and his efforts to connect with her, all she wants is to return to space. And when her Nana (Ellen Burstyn) tells her she "isn't getting any younger," she pushes herself harder when she should be recovering emotionally from the trauma and isolation of space. She's running more, training harder, and becoming increasingly reckless at work, all while fraternizing with Mark, who is in the middle of a separation himself, but cannot resist both the flirtation and connection with somebody else who also understands what it's like to be so far removed from earth. The audience is wary of his intentions almost instantly, but he does provide helpful advice, warning her that in life after space, "dopamine is a trick... like believing in God." Jon Hamm's deadpan delivery, charm and depth makes for the perfect counter to Natalie's obsessive, driven Lucy, but the film cannot shake its hollow core. Lucy in the Sky tries to be a lot of things: an experimental set-piece which shows the screen orbiting as if Lucy is still in space, ever-evolving aspect ratios to show her claustrophobia on earth, and also plays with gender politics and expectations in regards to her jealousy over rising star Erin and her professional performance. It doesn't all fit. But where Lucy succeeds is in its turn from Natalie. It's not quite Black Swan in space, but her quiet restlessness and obsessive determination to complete each new "mission" she assigns to herself helps you empathize and rationalize how somebody so accomplished, and with so much support could find themselves driven to such an extreme that they're buying wasp spray and a blonde wig in the first place.

Scott Feinberg writes about this in his column in The Hollywood Reporter, noting it as a Natalie Portman Rule, that her efforts are always excellent and deftly skilled, but that sometimes, the projects she attaches herself to are not on par with her efforts. I agree, but at least she's taking yet another big swing, and testing out a new spitfire accent. When Natalie premiered Vox Lux at TIFF last year, I wrote about how while the film would definitely be polarizing with likely limited awards ambitions, her performance was one of her best. (I still crave a Vox Lux soundtrack-themed Soulcycle class.) I still prefer the last two thirds of Vox Lux to Lucy in the Sky, but Thor (and Avengers: Endgame) aside, Natalie is one of the few artists in her peer group who is consistently challenging herself with risky material, and saying yes to stories with extra layers of notoriety. And that always keeps her interesting. I would not say her awards hopes are in jeopardy for Lucy in the Sky like Scott does, I would instead say that they are mostly hot air in the first place, not to discredit her always excellent work.

Besides, if nothing else - Lucy in the Sky gives us two things: Natalie bowling with Jon Hamm while rocking a grown-out bowl cut, and Ellen Burstyn saying to her, in a completely straight way, "All that astronaut dick has made you soft."

Speaking of Ellen, at the world premiere Q&A, the cast was in great spirits. The applause was warm, and Natalie showered Ellen with fond praise, noting she's a true professional who became so good at memorizing lines because she "reads a poem a day". Jon Hamm later joked, "Oh, she told me it was all cocaine!" And later on, he compared Lucy's existential crisis and fugue state to "being on Day Five of a film festival". And as for the Reese Witherspoon producing connection, she was originally was going to play Lucy, but Natalie only had the warmest things to say about her friend and boss.

If only this film had been as strong as they both had hoped. 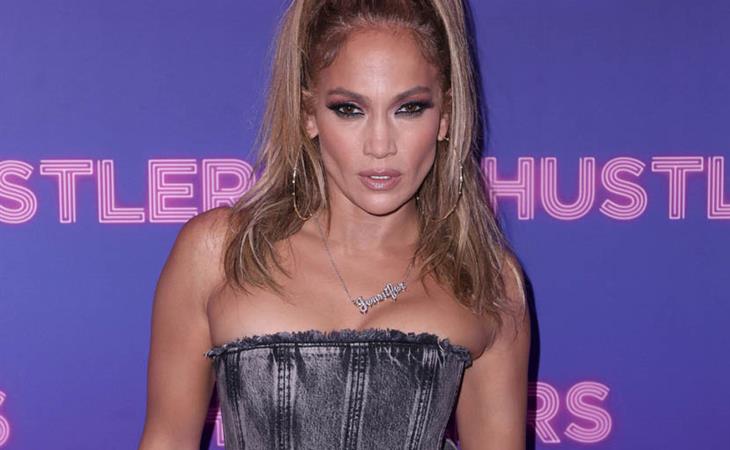 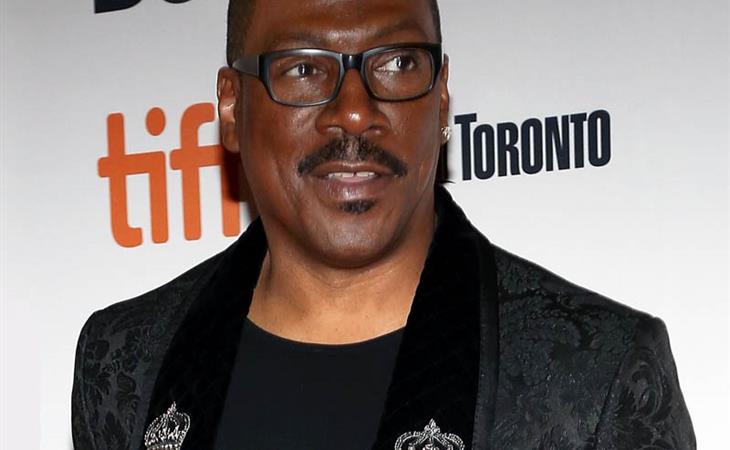