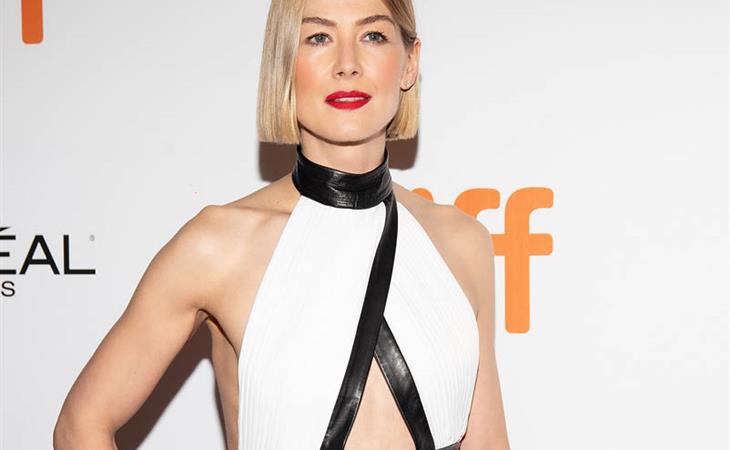 Marie Curie is one of those figures who, it seems, should have a million projects ongoing at any moment, but does not. Like how can we have nine Robin Hood movies in development, and NOTHING about Marie Curie? She’s only one of the most important scientists of the modern age, and one of the most groundbreaking, influential women of the suffrage era. For all that nerds have taken over pop culture, and science is supposedly cool now, it seems like cinema is slow to tell the stories of scientists. Hedy Lamarr is only just getting her due, and we’re still waiting on Nikola Tesla to be treated as anything other than a supporting character. But thanks to filmmaker Marjane Satrapi, Marie Curie is finally getting the prestige cinematic treatment in the biopic Radioactive, with Rosamund Pike portraying Madame Curie.

Radioactive closed TIFF on Saturday and is, for the most part, a conventional biopic. The film covers a roughly forty-year period, from Marie Skłodowska’s days as a struggling scientist, evicted from her laboratory space by the uptight science bros of the Sorbonne, to her newlywed phase as the wife of fellow scientist Pierre Curie (Sam Riley), to her rise as one of the leading scientists of the age, to her slow decline and eventual death thanks to the effects of prolonged exposure to radioactive materials. But part of Radioactive is also a horror movie because THEY KEEP TOUCHING THE F-CKING RADIUM. Of course we know, now, how poisonous these elements are, but Marie and Pierre have no clue, and they stand in actual piles of Uranium ore and Marie insists on carrying a vial of Radium everywhere she goes and they just won’t STOP TOUCHING IT. Both Pierre and Marie develop persistent coughs, shocking no one.

One of the finer touches in Radioactive is Marie’s evolving view of her precious discovery, Radium. It’s so exciting, at first, this whole new substance she and Pierre discover, along with Polonium, and she is excited by all the new products made from it, like Radium matches (!) and Radium cigarettes (!!!). But over time, her excitement gives way to worry—are we making people sick?—and then denial—no, we’re not making people sick—and finally, acceptance and caution—get this sh-t away from people, it’s f-cking dangerous. By the time Marie’s eldest daughter, Irene (Anya Taylor-Joy) wants to use first-gen X-Ray machines to diagnose soldiers in World War I, Marie is well aware of the risk, and does not want her daughter handling the X-Rays.

Radioactive really grapples with the legacy of scientific advancement. Besides Marie’s personal journey to better understanding the dragon she has birthed into the world, the film is intercut with scenes set throughout the 20th century, showing the ripple effect of Pierre and Marie’s work on radioactive substances. On the one hand, we see early radiation therapy used to treat tumors—the first actual hope in the fight against cancer. But on the other hand, we also see the bombing of Hiroshima and the disaster at Chernobyl, two of the worst nuclear events in history. There is a lovely sequence at the end of the film where Marie reckons with the inevitable destructiveness of her discovery.

But Radioactive is also invested in Marie’s personal life, and is a little bit more about her relationships than her science. Pike plays Marie with a tight-lipped severity, but there is no doubt about her passion for her husband, or her grief when he suddenly dies. And then she becomes embroiled in controversy when an affair with her associate, Paul Langevin (Aneurin Barnard), is publicized in the Paris papers. The emphasis on Marie the woman could put off those hoping for a film about Marie the scientist, and Radioactive does court becoming reductive by making so much of its story about the men in Marie’s life. But it is also a fuller portrait of who Marie Curie was—not only a brilliant scientist, but a woman who could be difficult and who lived without shame in a period when women were still expected to be decorous and discreet. It also sets up a kind of final justice, as by the end of her life, Marie’s reputation as a scientist has fully eclipsed the scandals that resulted from her womanhood.

Like most biopics, Radioactive is a little long because it insists on covering decades instead of focusing on one crucial moment, but Pike is so good as Marie, and her story is so interesting—and so dread-laden, put down the Radium AT ONCE—that it is mostly enjoyable. Satrapi attempts to leaven it with some trippy touches, like an abstract sequence representing scientific ideation, though her most effective tactic is the time-traveling future shots showing how Marie’s work echoes through the next hundred years. For fans of Rosamund Pike and/or Marie Curie, though, Radioactive should be satisfying as the long overdue realization Madame Curie deserves. 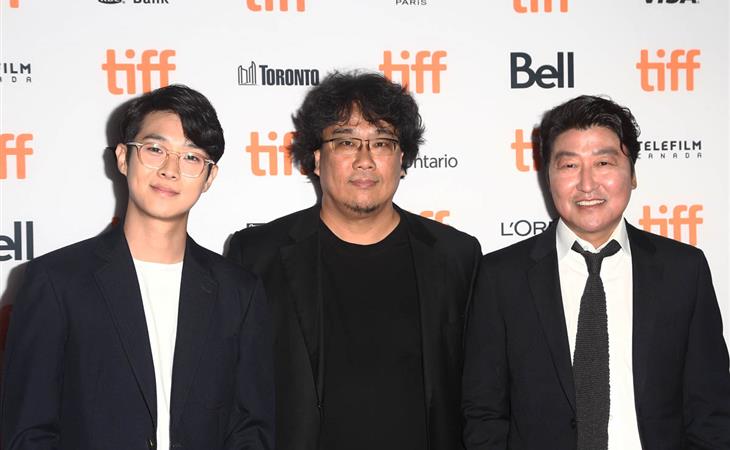