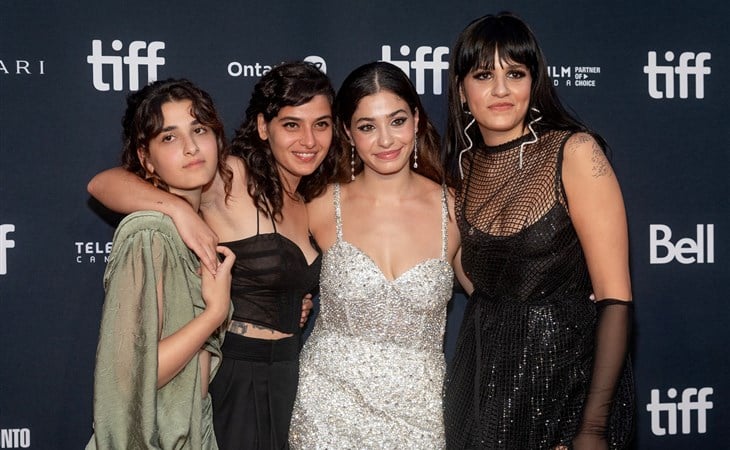 Sally El Hosaini’s The Swimmers, which opened the 2022 Toronto International Film Festival, is based on the true story of Yusra Mardini, who, along with her sister Sarah, fled Syria in 2015 and became a refugee. During the Aegean Sea crossing from Turkey to Lesbos, their dinghy, meant to carry only a few people but carrying nearly 20, lost its engine. Sarah and Yusra, along with others who could swim, got into the water to drag the dinghy ashore on Lesbos. In the movie, this heroic feat is accomplished by the Mardini sisters alone, because that’s Hollywood for you. But El Hosaini’s film, while taking artistic license to heighten the (already) dramatic story of the Mardini sisters, is a half human drama, half inspiring sports story, and very focused on the emotional toll of seeking asylum in countries that don’t want you.

Real life sisters Manal Issa and Nathalie Issa star as Sarah and Yusra, respectively, which grounds the film in their tangible sibling bond. The early portion of the film establishes that life in Darayya, a suburb of Damascus, was good when the events of the Arab spring arrived in Damascus in 2011. The Mardini family lives in a sun-drenched neighborhood with bougainvillea draped walls–it could be Los Angeles or any sun-baked Mediterranean town. Families hang out at the pool, kids laugh, Yusra tolerates her surprise birthday party with good grace. Her family is loud and boisterous, besides Sarah, she also has a younger sister, Shadeh, and her father, Ezzat (Ali Suliman), was an aspiring Olympic swimmer himself, before mandatory military services cut short his career.

Yusra has her eyes on the 2016 Olympics games in Rio de Janeiro, though the civil war moves ever closer to home–her cousin, Nizar (Ahmed Malek), turns up the volume on his DJ set to cover the sound of bombs falling on the other side of town. But when Yusra’s pool is bombed during a swim meet, it is crystal clear the family cannot remain in Damascus. The plan is for Yusra and Sarah to go first, because Yusra is under 18, she could file for asylum in Germany then bring her family over as her guardians later. Sarah and Nizar are to go with her, and the sisters and cousin set off for Turkey, the first stop on their westward migration. El Hosaini, who co-wrote the script with Jack Thorne, keeps her focus on the sisters and Nizar, but she does a great job showing how communities form among the desperate refugees. Yusra befriends Shada (Nahel Tzegai), a mother fleeing Eritrea with her infant daughter, and Sarah forms a mutual attraction with Emad (James Krishna Floyd), who fled Kabul.

El Hosaini does not belabor the point, but throughout the film we see how these various journeys pan out, from the relief of making it to safety, to the despair of being turned away after journeying thousands of perilous miles, forced to return to unsafe homes. There are stirring wide shots of tiny rafts adrift in vast seas, and beaches buried under life jackets to show not only the scale of the crisis, but also the extreme risk refugees undertake to make these crossings. Had the Mardini sisters–and their cinematically erased compatriots–not been capable swimmers able to pull their raft to shore, they likely all would have perished in the Aegean. El Hosaini uses these visuals to drive home the refugees’ reality, that they are not interlopers, they are fellow humans in desperate need of help. It can’t be easy to be confronted with this reality over and over–as demonstrated by a German bureaucrat who is visibly emotional when denying the Mardinis’ request to bring their parents and baby sister to Berlin–but that difficulty doesn’t lessen the human need.

Halfway through the film, though, the focus shifts away from the refugee drama to focus on Yusra’s Olympic dreams. When the IOC forms a refugee team for the 2016 games, Yusra has a shot at competing, reviving her dream after her journey nearly crushed her spirit. Once in Berlin, she and Sarah are given more comfortable living quarters, clothes, and food once a local swimming coach, Sven (Matthias Schweighöfer), buys into Yusra’s promise as a champion. This is where The Swimmers loses some steam. The film stops being about the sisters, and focuses primarily on Yusra. Her story is incredible, there is no denying, but the Olympic portion of the film is simply not as emotional or effective as the journey the Mardinis undertake. Take away the refugee angle, and we’ve seen a million scrappy underdog sports dramas, and as a sports drama, The Swimmers is pretty average. We also lose a little of the energy of the Issa sisters, as Sarah takes a backseat to Yusra’s training montage.

The Swimmers is designed to be a crowd-pleaser, sneaking a powerful tale of perseverance and criticism of the sporadic-at-best Western response to the Syrian refugee crisis. On that level, it works, and most people probably won’t mind the sports drama at the end, even though the implication is that it takes individuals of remarkable talent to draw attention and sympathy to a broad humanitarian crisis, which is probably true but depressing. Therefore, it’s hard to fault El Hosaini for shifting into Olympic mode, knowing it’s designed to drive home the resiliency of the human spirit and make the audience feel good before hitting them with the statistics of refugees in the world today in the film’s coda. But it does make The Swimmers a mixed bag, on one hand, an average sports drama, but on the other, a powerful recounting of a journey millions have undergone in search of a better life.

The Swimmers will premiere on Netflix November 23, 2022. 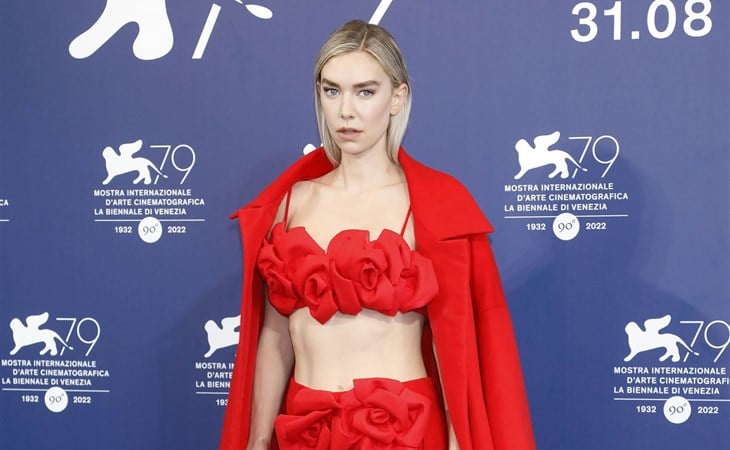 Outfit of the Week: Vanessa Kirby in red 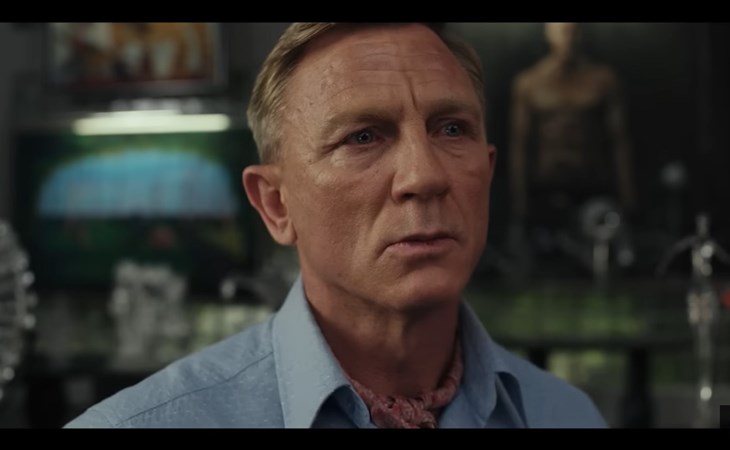