“Okay, so what had happened was…”

Tiffany Haddish’s catchphrase is “She Ready!” But it could also be “OK, so what had happened was…” because whenever she drops the “OK, so what had happened was…”, the most amazing stories come out of her mouth. That’s how she started telling Jimmy Kimmel the story about taking Will Smith and Jada Pinkett Smith on the swamp tour last summer. And that’s how she starts telling the story of meeting Beyoncé to Kyle Buchanan at Vulture.

She and Beyoncé were at the same party:

“Okay, so what had happened was, something had went down with somebody at the party, right? I’m not at liberty to say what had went down at the party, but Beyoncé was just telling me to have a good time, and I was like, “No, I’m gonna end up fighting this bitch!” She was like, “No, have fun, Tiffany,” and I said, “I’m only going to have fun if you take a selfie with me.

So Tiffany wanted to rumble. And Beyoncé was the pacifier. Also LOL at how Beyoncé introduces herself. Like she doesn’t assume you know who she is. Remember this lady? She didn’t need an introduction.

That lady is called Susan Monaghan and she just gave an interview about the experience. Susan said that when Beyoncé smiled at her, “I swear, it felt like I was being hugged by an angel”. Then Susan started talking to herself, out loud, about how no one was going to believe her that this happened. And then Beyoncé smiled again, which Susan interpreted to mean, “Don’t worry, it’s going to be OK”.

As Kathleen would say, I am DEAD.

This woman is hilarious and you should read her entire account of the time she ran into Beyoncé.

Back to Tiffany now…

She’s doing interviews to promote her Super Bowl Groupon commercial. Remember, she’s among Groupon’s top users, even before she went on Kimmel to tell that story. At this point, I think she knows Groupon better than Groupon. So when Groupon approached her, she says that she had all kinds of ideas about the ad campaign. Like taking celebrity friends on Groupon tours. They passed on Tiffany’s idea and decided to go with their own. WHY WOULD ANYONE DO THIS?

While Tiffany keeps talking about MBJ, Paul Thomas Anderson keeps talking about Tiffany. You’ll recall, at the NY Film Critics’ Circle last month, PTA had someone deliver a message to Tiffany on stage that he wanted her to call him. PTA namechecks her all the time. And she has now confirmed that they’ve been in touch and are thinking over some ideas for a collaboration. Please don’t be Groupon, please don’t let anyone pass on this.

“Some days, I’m like, “Yeah, that’s exactly what I worked for, and I manifested it ten years ago. I didn’t know how I was going to get here, but I got here.” And sometimes, it’s like when they asked me to read the Oscar nominations. I couldn’t even go to sleep afterwards! Mind you, I had just flown in from Africa, I spent all day on another project, and they came and picked me up from my house at midnight. I tried to learn all these names, but I don’t speak foreign languages like that — I speak Japanese and some Spanish, but these names were like Italian and they had so many vowels in ’em! And I was so sleepy because I usually go to bed by 2 and now it’s 5 a.m.

When I finally got home, I had to hug myself a little bit and say, “You know what, Tiffany? I don’t care if you did make mistakes. I’m so proud of you.” I never, ever thought I would be able to do something awesome like that. That little foster kid, up there? I saw so many people say, “Tiffany should have got nominated,” and I’m like, “You guys don’t even understand. I got to go to the party! Who cares about a damn trophy?” I’m just so grateful, and my heart is so full. That little foster girl … Sorry, I keep thinking of myself as a child.”

That little foster girl has just signed a 2 year deal with HBO, has a book on the NYT Bestseller list, a TV series coming up with Tracy Morgan, a movie coming out in September with Kevin Hart, and several more projects in development.

Which basically means more stories. Many more “OK, so what had happened was…”  Maybe on a Groupon tour. Hopefully with MBJ.

Click here to read her full interview at Vulture. You’ll smile the whole way through. 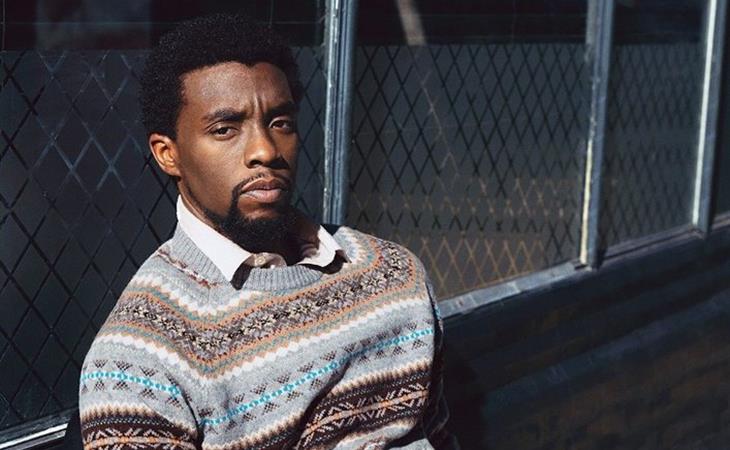