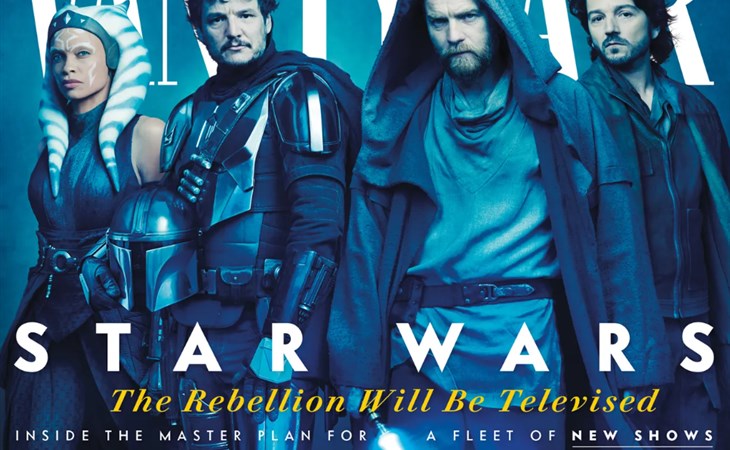 The first two episodes of Obi-Wan premiere next week, and to mark the occasion, Star Wars covers Vanity Fair this month. I think I’ve reached a point with Star Wars where I like these Annie Liebovitz photoshoots more than I like the actual Star Wars stuff.

I’m on the record as a Star Wars expansion doubter, and though I liked The Mandalorian when it premiered, by the end of season two, they’d pretty much wiped out everything I liked about the show. It started out as new people doing new stuff in (mostly) new places, but by the second season finale, we were into deep fake Luke Skywalker, and oh my god, can ONE thing in Star Wars be about something other than Jedi and Skywalkers? Rogue One and Solo kind of try that, but Rogue One just has to fling Darth Vader at us, and Solo can’t stop explaining sh-t no one asked about, filling in a Han Solo backstory no one really needed that conveniently connects every facet of Han’s life to the original trilogy.

Speaking of Solo, I think everyone at Lucasfilm has learned the wrong lesson from the failure of that film. Of Solo, Anthony Breznican writes that “Solo’s swagger may be too singular for another actor to replicate”, referring to Alden Ehrenreich’s performance as a younger Han. Lucasfilm chief Kathleen Kennedy goes on to say, “There should be moments along the way when you learn things. Now it does seem so abundantly clear that we can’t do that.”

Alden Ehrenreich is the BEST part of Solo, his performance is not the problem. And Kennedy is right, stories should reveal things about characters, but all Solo told us was how Han got his last name, got the dice in the Millennium Falcon, and how the Falcon got its odd computer—a deeply troubling plot point when you consider the state of AI in that universe and L3-37’s desire for freedom, specifically—which are all questions no one was asking. You know what people wanted from a Han Solo movie? A fun little adventure. Just a cool time had with a cool dude, knocking around space in his cool spaceship. No one cares how he got his name—it’s Star Wars, some people have weird names, we accepted that premise already—or about the dice in the Millennium Falcon. Just make a fun little adventure. It doesn’t have to be about stuff in the original trilogy. It can just be a nice time in and of itself.

That is clearly not the Lucasfilm takeaway, though. Kathleen Kennedy takes an inordinate amount of bullsh-t from the internet about her stewardship of Star Wars, but on this one point, it’s pretty clear the failure of Solo—a deeply troubled film, never forget it got a mid-stream director replacement—and The Last Jedi’s divisive fan reaction have spooked her and her team into a level of storytelling conservatism that is going strangle Star Wars. It bears repeating, if this is going to be a self-sustaining story universe, it HAS to grow. It MUST expand beyond the original trilogy, beyond Skywalkers and Jedi.

Anyway, the photos look super cool, and I really want Obi-Wan to pan out for Ewan McGregor’s sake—and Hayden Christensen’s sake—and I will never complain about seeing more of Diego Luna, but once again I am struck by the idea that the only person who had any interest in growing Star Wars past Jedi and Skywalkers was Rian Johnson, whose proposed spin-off trilogy has been “back-burnered”. (Just keep making Knives Out, Rian, Star Wars doesn’t deserve you.) Maybe Taika Waititi, whose mystery Star Wars project is expected to be the next feature film in the lineup, can save it. He takes big swings and doesn’t go where you expect him to go. Honestly, though, I feel like the only thing that could reignite my enthusiasm for Star Wars is Cobb Vanth: Space Marshal starring Timothy Olyphant. I’m burnt out on everything else. 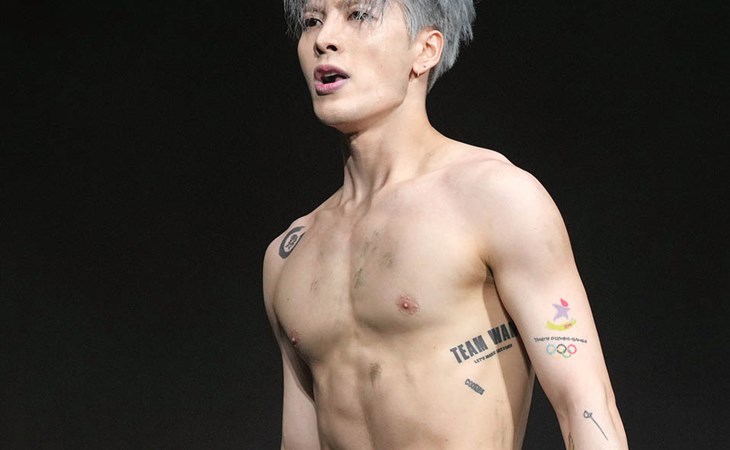 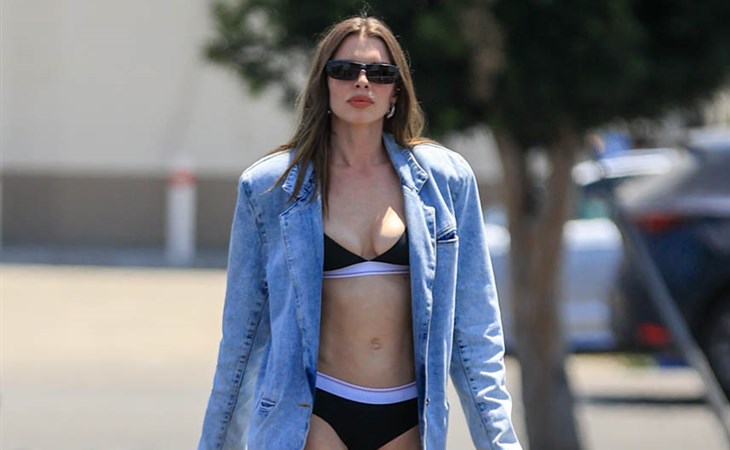